In many ways ROCH3 could easily be considered a second half to its prequel as it wouldn’t feel out of place should the two levels be merged into one single experience, so much so that most of my thoughts regarding combat from ROCH2 still apply here.

Interior spaces will once again provide too little headway for engaging or meaningful encounters, beyond weaving to and from corners, poking at enemies until their numbers drop. These spaces are so tight that even residents having a house party nearby had to move their lounge furniture into another room, so those attending can jam to their beats without tripping on themselves. If anything positive worth pointing out, I’d say an electronic store visited early on takes a step in the right direction for folks to breathe properly when inside. The great outdoors continues to be Pascal’s strong suit comparatively, combining several alien types into one area, forcing players into a song and dance to gain any foothold they can as Sentry Drones primarily dominate the scene. Their presence alone provides a necessary nuisance allowing other foes to latch onto any mistakes made and losing track of them can be costly on health. Dashing from one end to another is a worthwhile risk to snatch up heavier firepower even should it alert everyone else in the whole district, explosives proving ever useful to quickly turn tides. Skirmishes beyond this starting onslaught don’t differ too greatly from those in ROCH2, working to extend upon those same high and lows – and even that’s fine if it met someone else’s criteria. 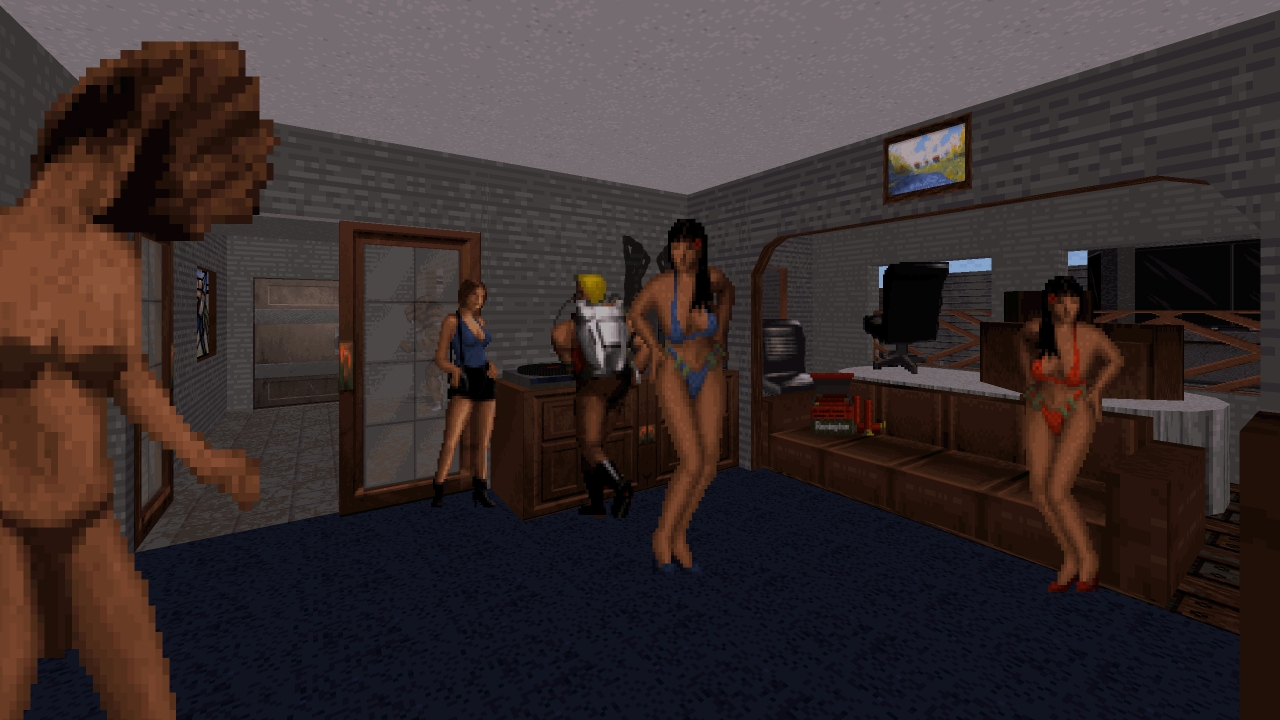 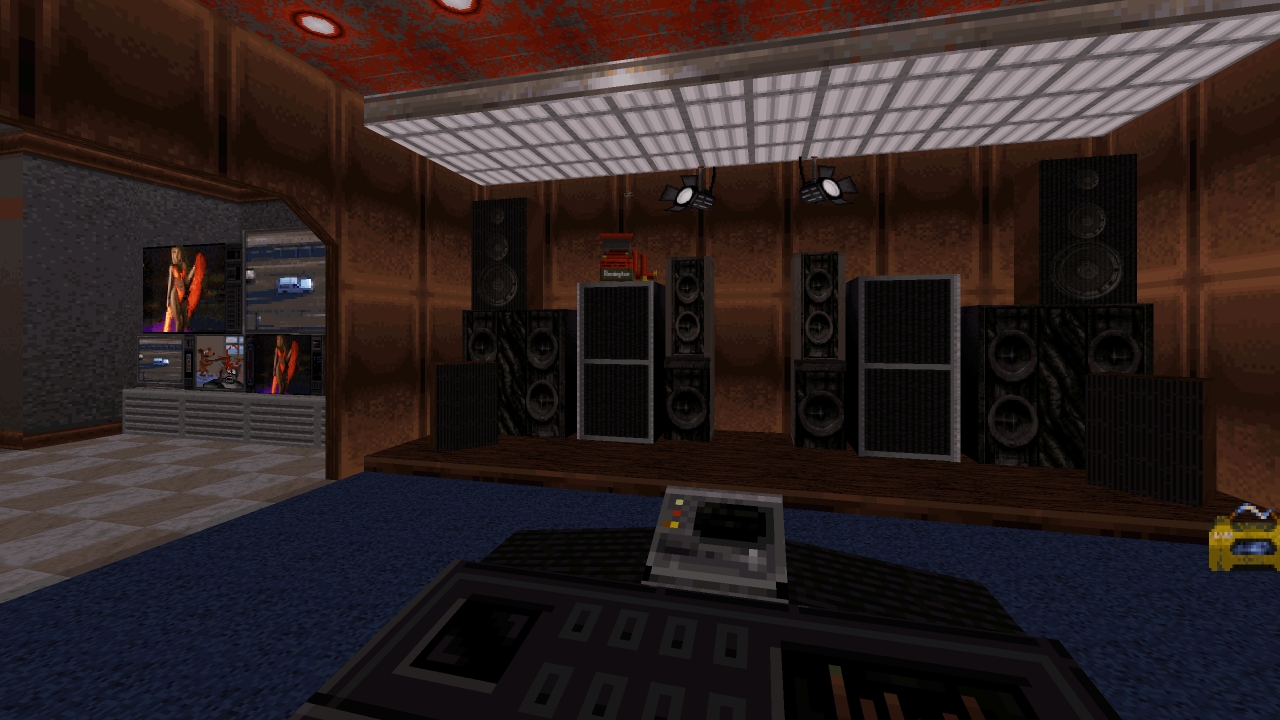 Every building available that grants entry will be visited at key points during progression, following a specified order of traversal, accessed either via standard key cards or finding radio devices overriding door locks they’re usually pointing toward. Neither area ever lingers for too long acting mostly as a means to an end, introducing a consistent kinetic flow between one place to the next, constantly moving to find what is required to proceed onward and then get out. Rinse and repeat. This does work as an excuse to create several types of venues, each with their own individual texture schemes to ensure a high degree of visual variety. As a result however, too little of ROCH3 remains memorable for myself. These places simply exist and I do stop to look at the details, but they also rarely exploit their thematic purpose. There’s a train station that we barely get to explore besides a small side shop, rather than its main attraction teased beyond a forever closed gate. Besides an electronic store with a working music player and a home belonging to a family of Troopers, the main street portion stands out for me more than others. It’s a condensed section with a unique road layout, complete with appropriate road markings and light fixtures, utilising an abundance of different building facades to flavour the scene. Other welcome features include peeking across a river at an industrial area as Pigcops get flown in to attack and a clock landmark either malfunctioning or time really does fly by. 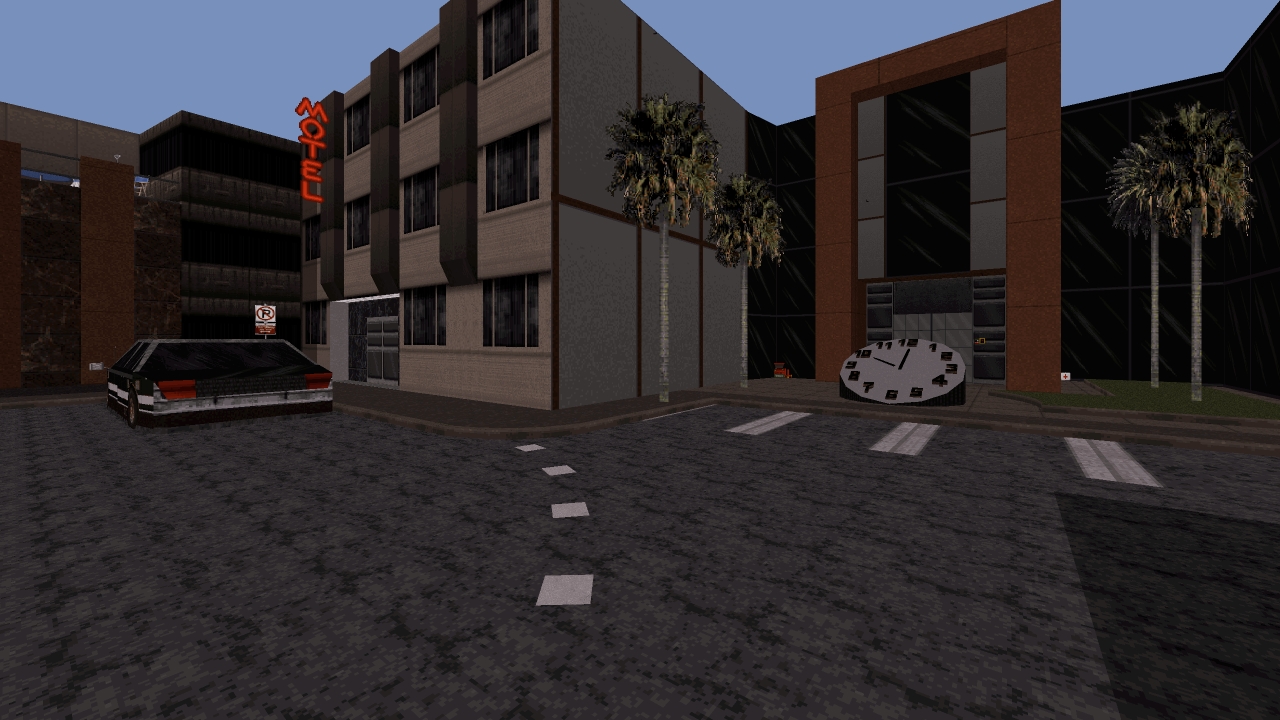 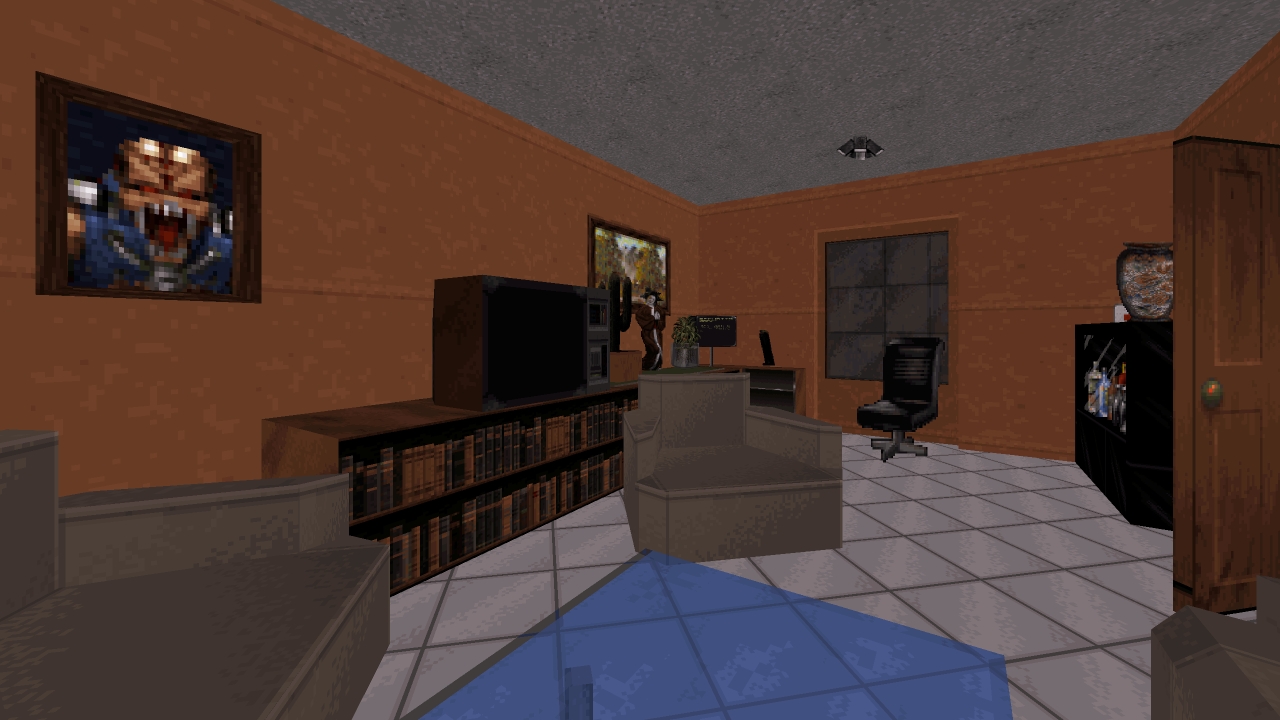 The third ROCH entry doesn’t change much from its previous formula, developing upon what Pascal believed was working well while continuing to improve in the visual department. Those who enjoyed all aspects of combat from ROCH2 will feel right at home, otherwise these tight interior conflicts will remain an uncompelling quality once again.

Due to clipping issues in Eduke32 entering a vent shaft and reaching one of the key cards, Rednukem or DOS Duke3D is recommended to play this level.