Intended as a branch off from ROCH3 if the episodic release ever came to fruition, ROCH’s secret level takes Duke to the sea side for an evening respite. Those alien maggots aren’t having any of it though, disrupting his ride on the bumper cars by playing a little too rough. Time to put them in their place.

I’ve never understood as to why ROCH_SC1 had always been put on the back burner during my revisits to this series, perhaps becoming the least played of them all for no specific reason, only to discover on a recent excursion how much I adored seeing some comparative differences toward both visual thematics and combat scenarios. For starters it takes place during a chill night along the coastline with an ongoing amusement fair, throwing its familiar urban setting into a blender to create something fresh to look at for the series as a whole. On the beach front there’s also a colourful hotel resort, snack bar, a distant light house and water floats that have drifted out to sea with goodies sitting on them. It’s an alternative look at Pascal’s distinct mapping style and also takes an opportunity to utilise high contrast shadows, allowing light sources to really pop and emphasis an after hours ambiance. Certain motifs already seen in prior releases also make a reappearance, like a best of ROCH showcase. They’re brought together into one place with a few adjustments and neither addition ever felt forced. At least the bumper cars should now see an increase in returning customers. 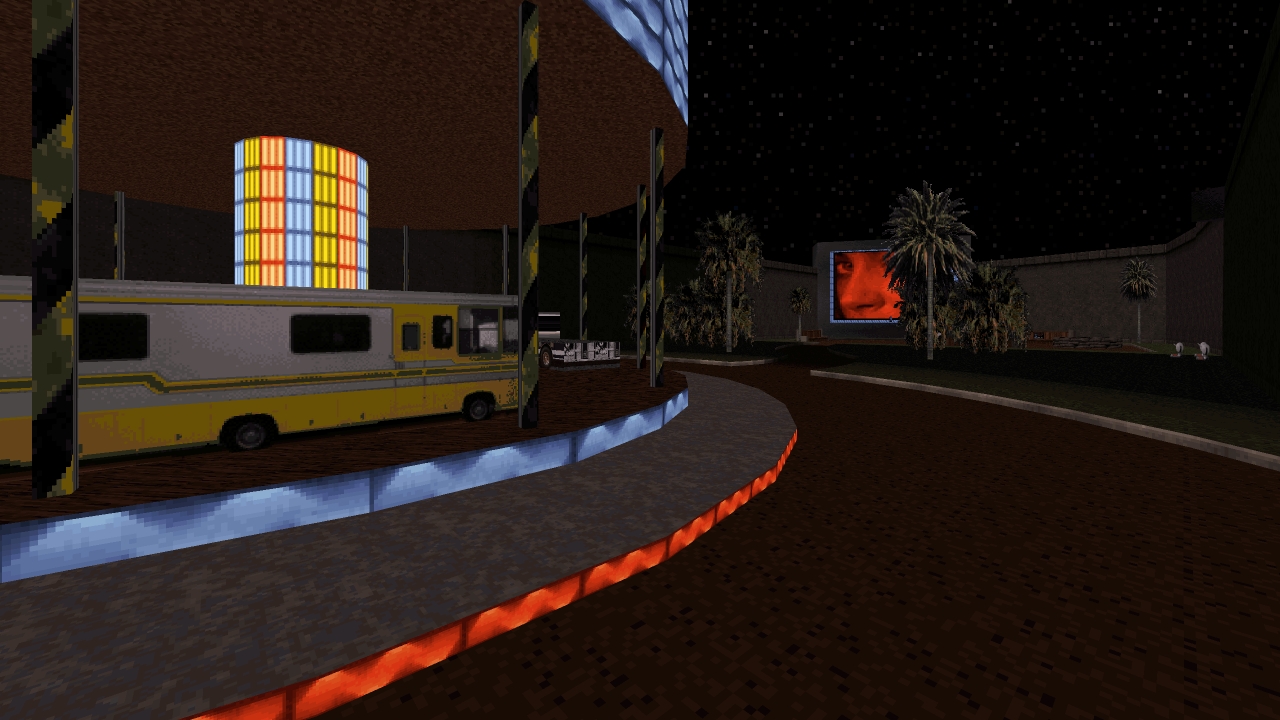 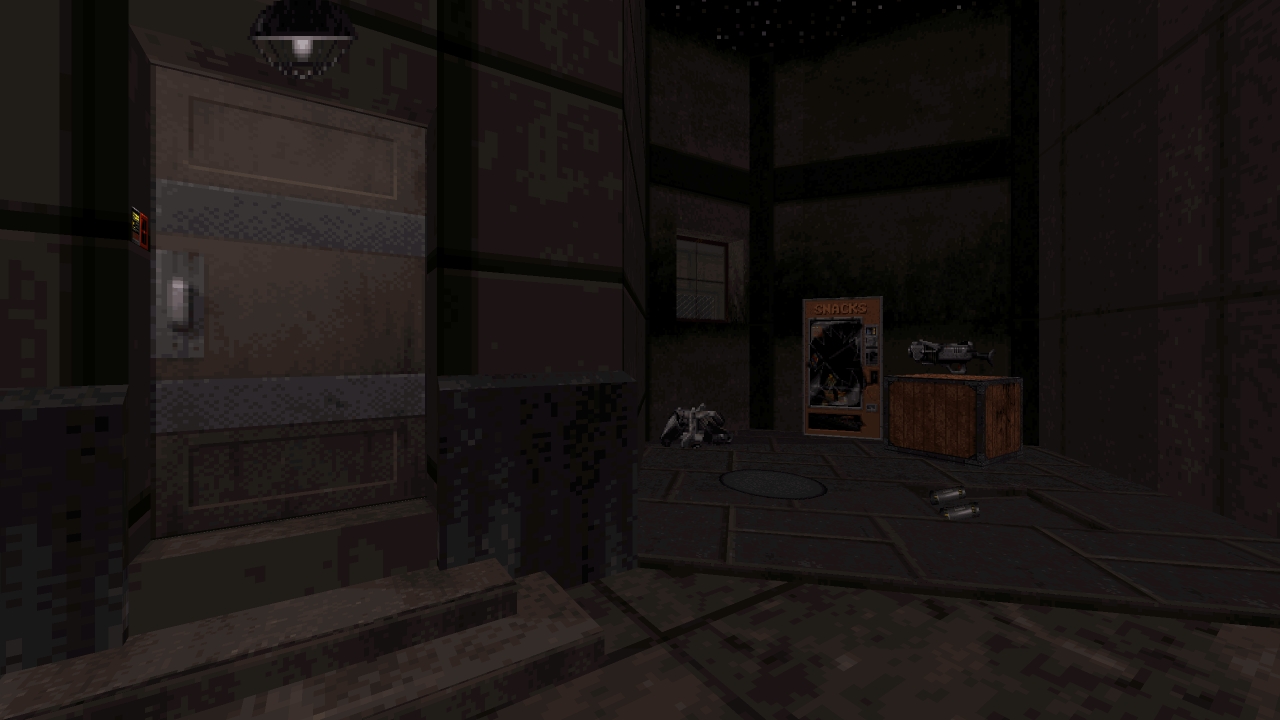 Unlike the two previous releases, combat now opts for spacious encounters and a flavour of chaos much akin to the first ROCH. Even within the few interiors that do exist enemy usage is reasonably smaller in numbers, a hotel lobby offering the most open room, stepping in a direction that actually considers Duke’s movement speed. Starting off is rough as players are immediately forced into battle, bombarded by threats from all angles. In this situation I stayed put to make use of my bumper car for cover as it’ll double protection by moving around. Hopping out is of course another strategy, but would have to keep close eye on every little nook for dangers as those aliens love hiding in the trickiest spots so far during this ROCH journey, including Sentry Drones. There’s a frantic rise of action the deeper in I traverse, even dying a couple of times on the beach front because I kept underestimating the rockets whizzing into enemies I was fighting against or a self destructing Drone crashing into me. Yet, I still had a blast conquering the area and made for a much needed change of pace from those lacking interior skirmishes of earlier levels. This would also mark the first time locating all secrets having never found any for this level over the years and they too were a real treat to discover. 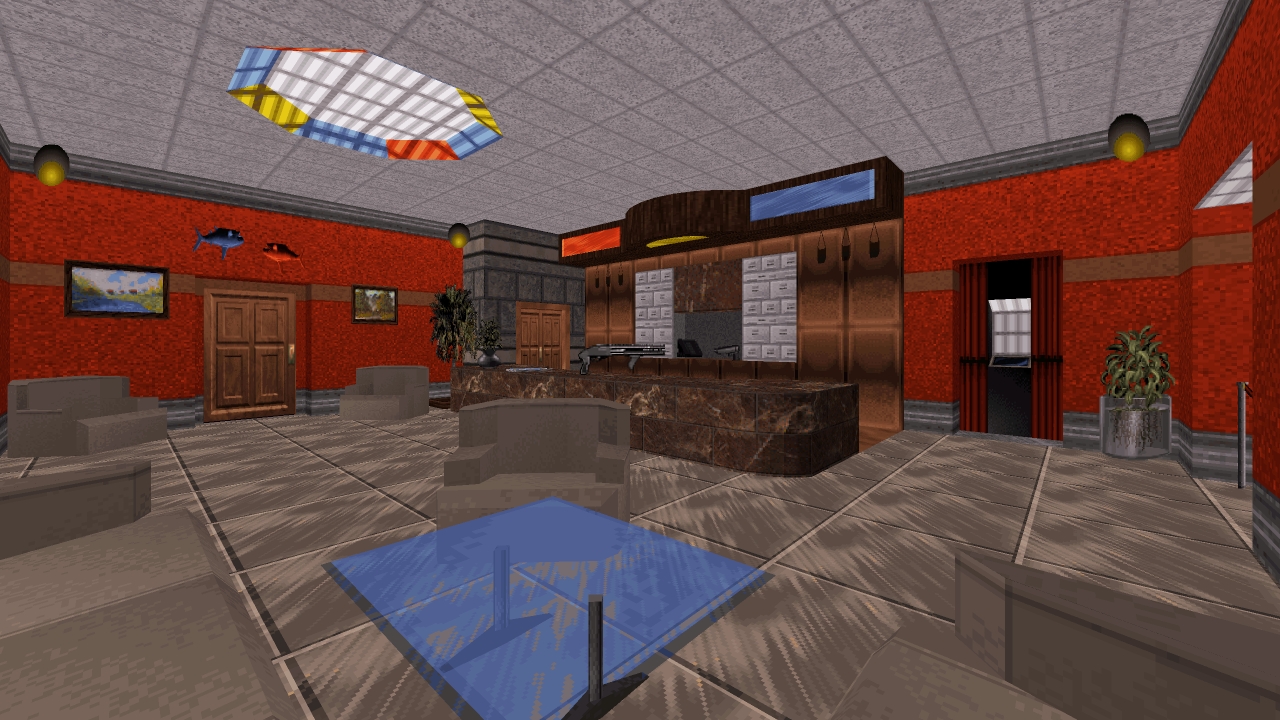 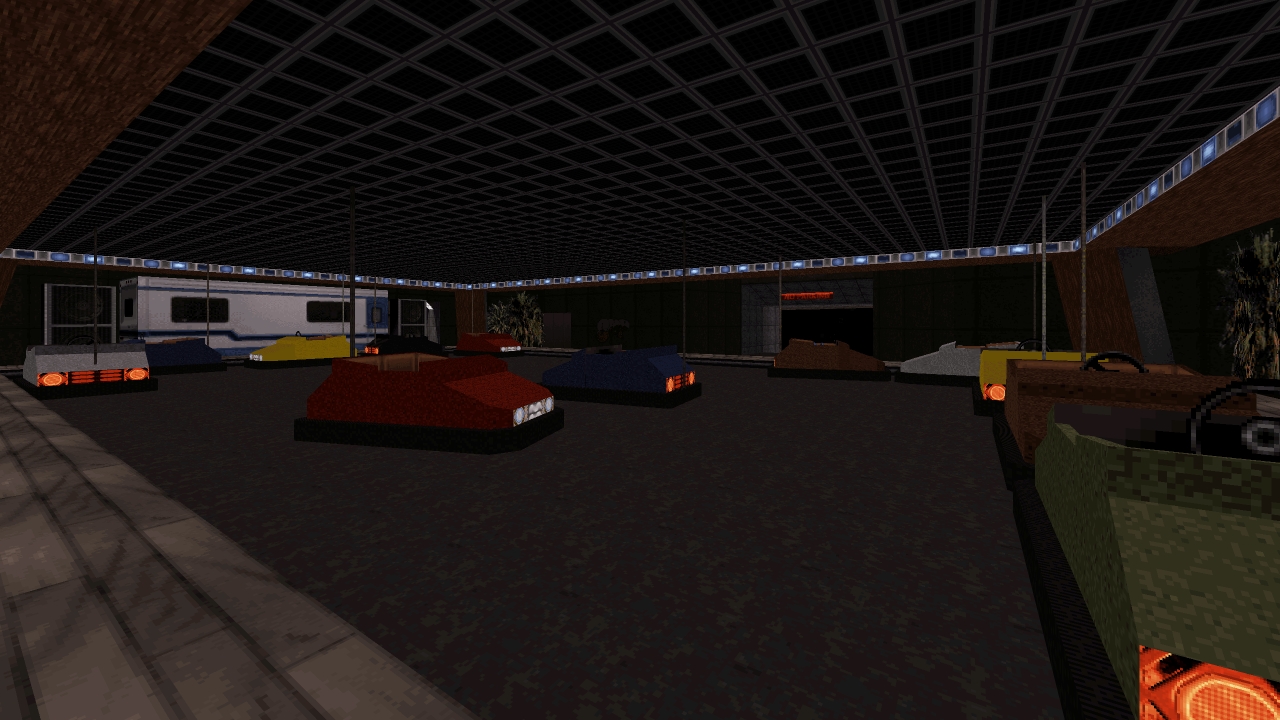 I enjoyed revisiting this one more than imagined as it feels like combination of the better qualities from the ROCH series thus far. Seeing Pascal’s usual style depicting a coastal area during the later hours we never witness again in their future levels makes for a refreshing change of scenery along with its bombastic, action packed gameplay.