Beyond the back gate of an old castle, Duke leaves behind his fancy grand prize to continue a tour of France and now finds himself striding toward an older, more industrious district. Tasked with taking down local hostilities, he must once again seek out key cards in anticipation that one path might take him a step closer toward the heart of the city. Business as usual around these parts, but at least take some time to enjoy the sights.

Breaking away from the usual elegance, this district leans on an aesthetic that is rough and industrious, a texture scheme that heavily utilises a neutral grey and brown palette depicting several aged buildings. Signs of general wear and lack of consistent maintenance can be observed, as concrete breaks away to reveal an under layer of brickwork, road asphalt tearing away and newer constructions in contrast stand slotted between older structures as time has trickled by. It’s not a pristine, embodiment of sculpted perfection around here. This is a town that feels lived in as if people walked down these streets before the aliens showed up, underlining a notable shift from ROCH4 just prior which suggested a lonesome artificiality. Visual design is beefed-up by paying special attention to structural shapes, their adorning features and arrangement of scenery. Both interiors and exteriors have unique qualities going for them, it still surprises me how often Pascal represents the same type of environments without falling into cycles. Lighting deserves a special mention for its directional sunlight, applying dimension as large sections are cast in shadow, which in turn loosens up potential colour monotony within the desired palette. Varied shape language compliments a wide choice of textures, performing the bulk of work for pleasing urban designs. Take the tan building with its lower parking garage as a prime example; Using diagonal lines, overhangs and curved edges to draw attention while primarily taking advantage of a single window texture, only accented with a matching panelled surface to break up repetition. Now throw in other street appropriate elements of design to finalise the composition and it becomes a delightful construction, amongst many of my favourites even for its overall simplicity. 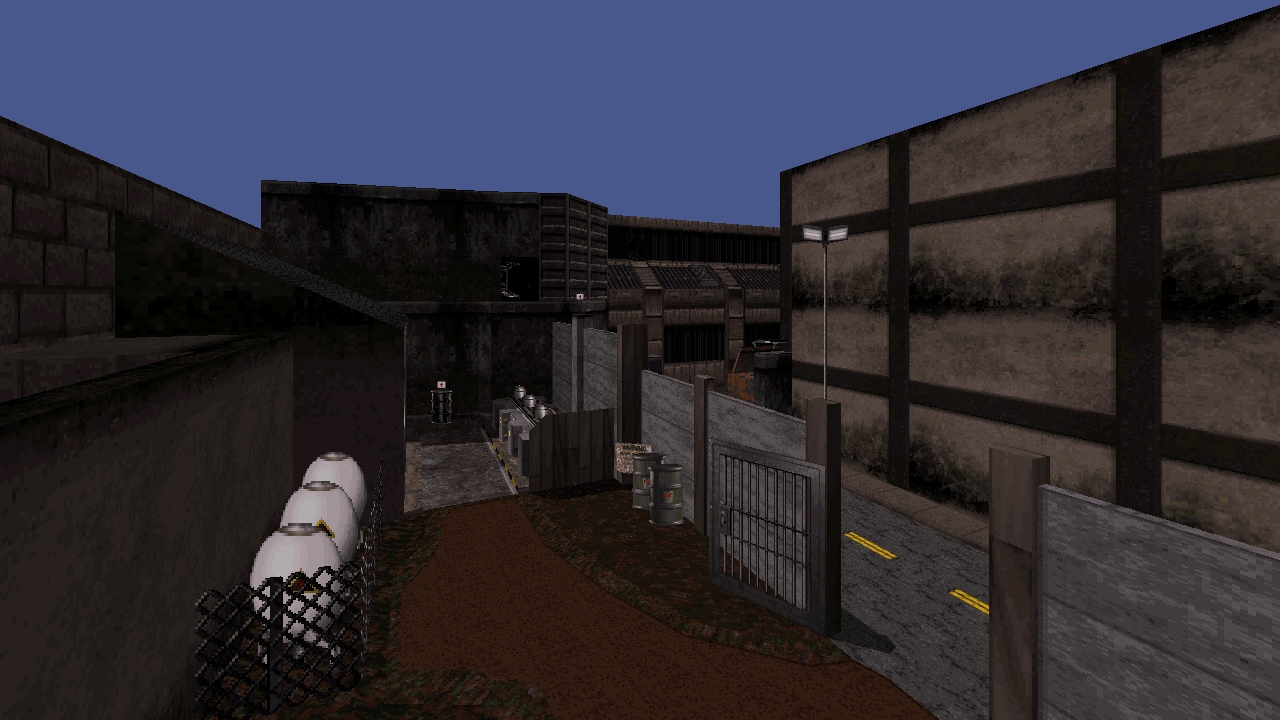 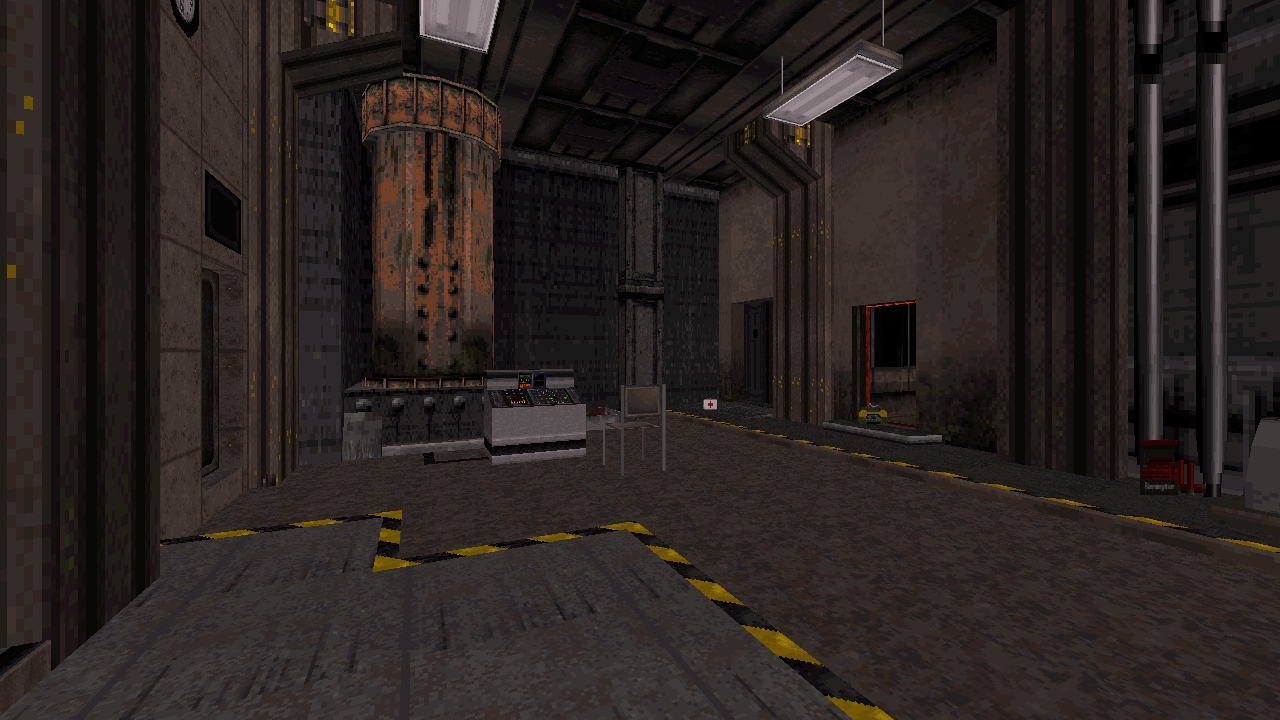 Exploration, snatching up a key, entering their designated building, rinse and repeat. Nothing out of the ordinary as far as a classic ROCH experience tends to go. Action remains frequent along the circular route while enemies guard various important areas and already alert to Duke’s presence in the area. Interconnectivity here is apparent from this winding road that links back to the start for easy traversal across town, with many indoor locations converging toward its centre where a bulk of progress is made. Not all forward progress is necessarily well thought out however, resulting in a section being padded out for time just beyond the red access panel. Since players already require a card to gain entry, asking them to grab another key from upstairs just to be handed a third immediately after is forcing extra work for little gain or reason. All this effort just to pull a switch which alone serves its purpose, I wouldn’t miss this being trimmed down. The ending lap does make up for this relatively minor blight however, involving a tense little plight against Battlelords whose high position allows their mortars to work wonders, discouraging Duke a clean dash for that final key. I do find it amusing how every level so far includes a helicopter in some form, seen circling the level or typically, like in this instance, dropping off Pigcop re-enforcements as if expecting they’ll cause any lasting damage despite their constant failures each and every time. 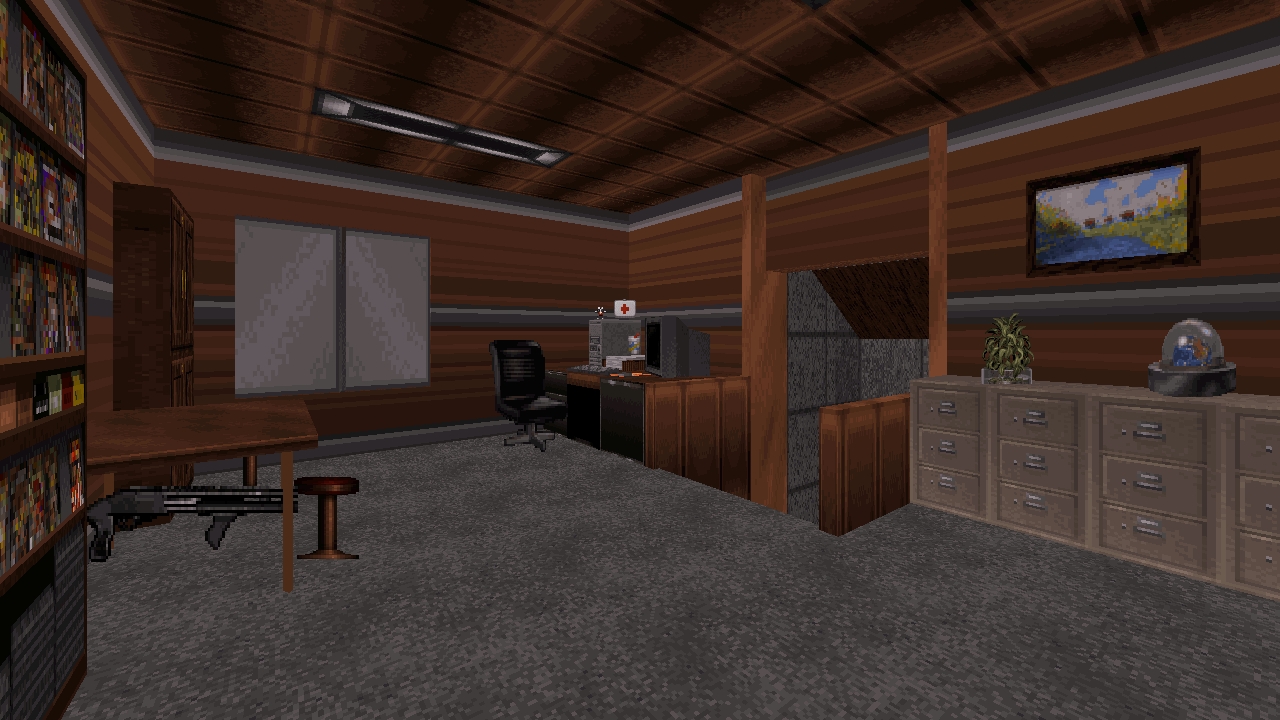 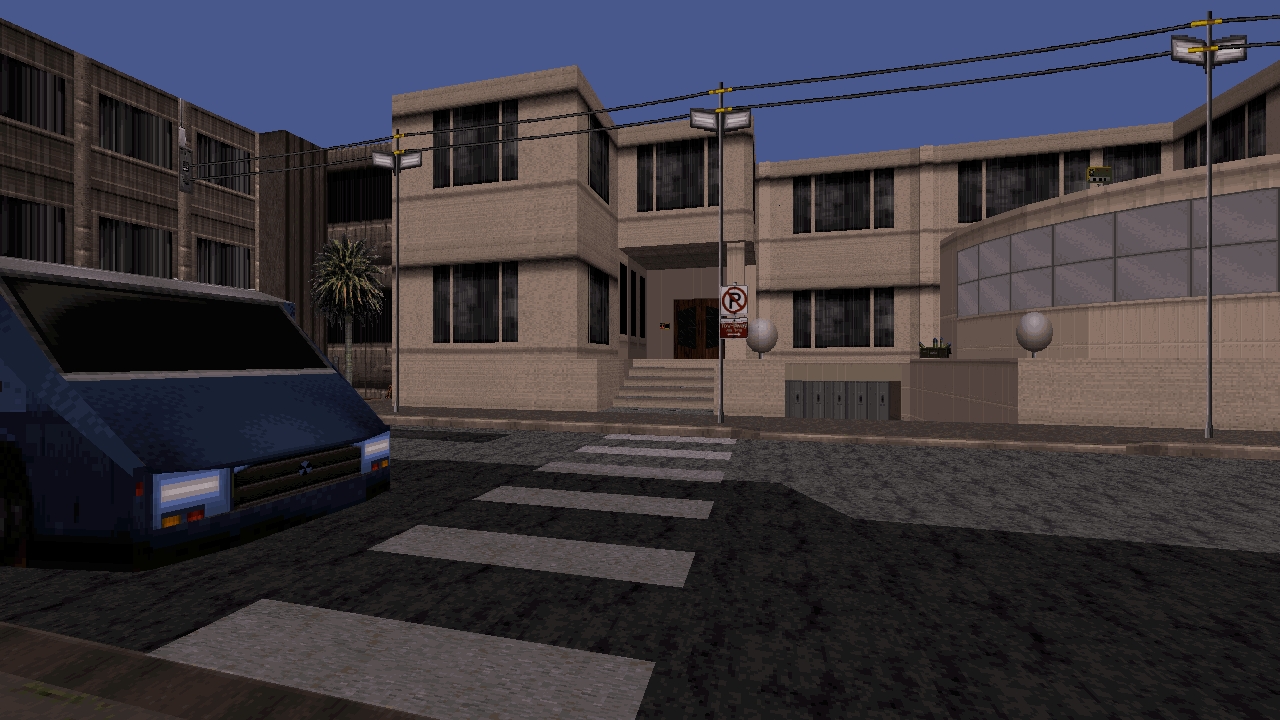 After having played through six of these levels, each instalment continues to be a strong entry on their own individual merits and holds these qualities with onward momentum. Smaller improvements are made along the way with a focus on eye candy, while also making clear what defines the core ROCH experience. Pascal doesn’t typically divert from an established formula but may occasionally change how progression is achieved just to break up the monotony. Otherwise gameplay so far sticks with an established standard that has been successful with a more casual crowd of players who enjoy his brand of mapping over the years, complimenting constant action and visual treats. This does however create a conundrum for me when I wish to discuss singular levels from this series instead of lumping my thoughts as a collective, all without devolving into redundant, by the numbers commentary on a very familiar list of praise and flaws repeated ad nauseam. There are definitive differences on display, but latching onto those aspects into great detail can be minute at best. One such example that hasn’t changed by any significant stretch are indoor combat scenarios. They remain these tight close quarter peek-a-boo gauntlets and if this flavour suits a certain playerbase, then it continues to deliver exactly what appeals to that crowd. Sometimes there is little else to comment on about the general moment to moment gameplay which hasn’t already been said during prior levels. Regardless of reoccurring issues however, ROCH as a whole simply holds on tight with what it believes its focus should be with confidence and does aim to offer pleasant experiences. I can’t say any particular level performs in an inherently egregious form, which is why they remain classics. ROCH5 still obeys this notion but excels in other areas despite falling back into standard affairs.

ROCH5 is a solid entry in the series that doesn’t attempt any twists to its formula this time round, instead involving a stronger design and nice variation to the urban setting by leaning toward an industrious aesthetic. It marks a clear sign where the ROCH series stands, sticking to what works and remains a visual feast for the eyes with an industrious twist.