Duke finds himself waltzing onto a TV Studio set and taking part in its live Game Show. The grand prize is a once in a life opportunity to stay inside a local castle and to win he must gather six keys scattered around town and bring them all back in one piece.

ROCH4 doesn’t waste any time introducing players to a different form of progressing through this instalment than usual, now five levels deep into the series it’s only a fitting that a return to experimenting with gameplay took priority. Hunting for key cards has Duke partake in a game of hide and seek, himself of course being “it”. Three blues and three red are required for completion, all of which are scattered within a confined space. An example of general flow has players finding both a blue and red key, placing them into the showroom access panels and then heading back outside to repeat that process twice more. This overarching game show concept is further strengthened by additional motifs to immerse players into their role. For every successful milestone made, a crowd will cheer for Duke from somewhere amongst the void, whether they originate from a studio soundboard or are perhaps ghostly echoes of those once sat in these stands prior. Secondly, smaller prizes offered on podiums are rewarded after any blue or red card is activated, a chance to stock up on extra supplies and new weapons before leaving to deal with a fresh wave of enemies guarding the next objective. 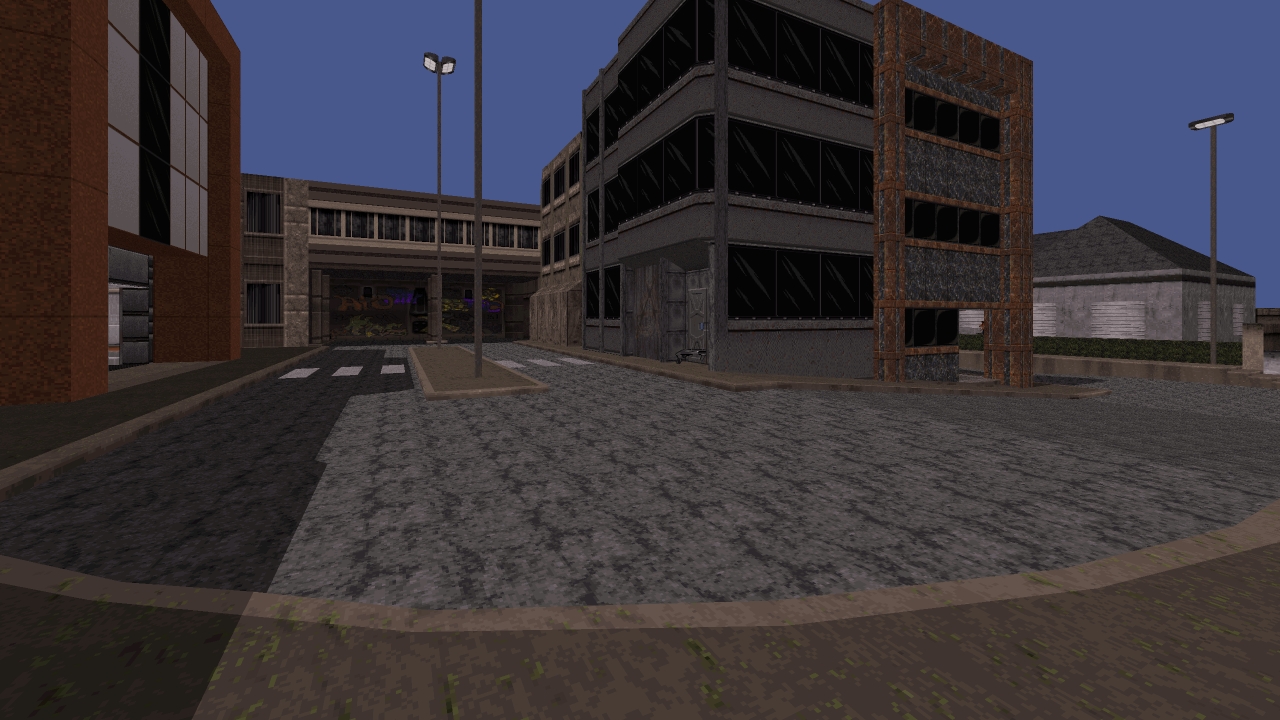 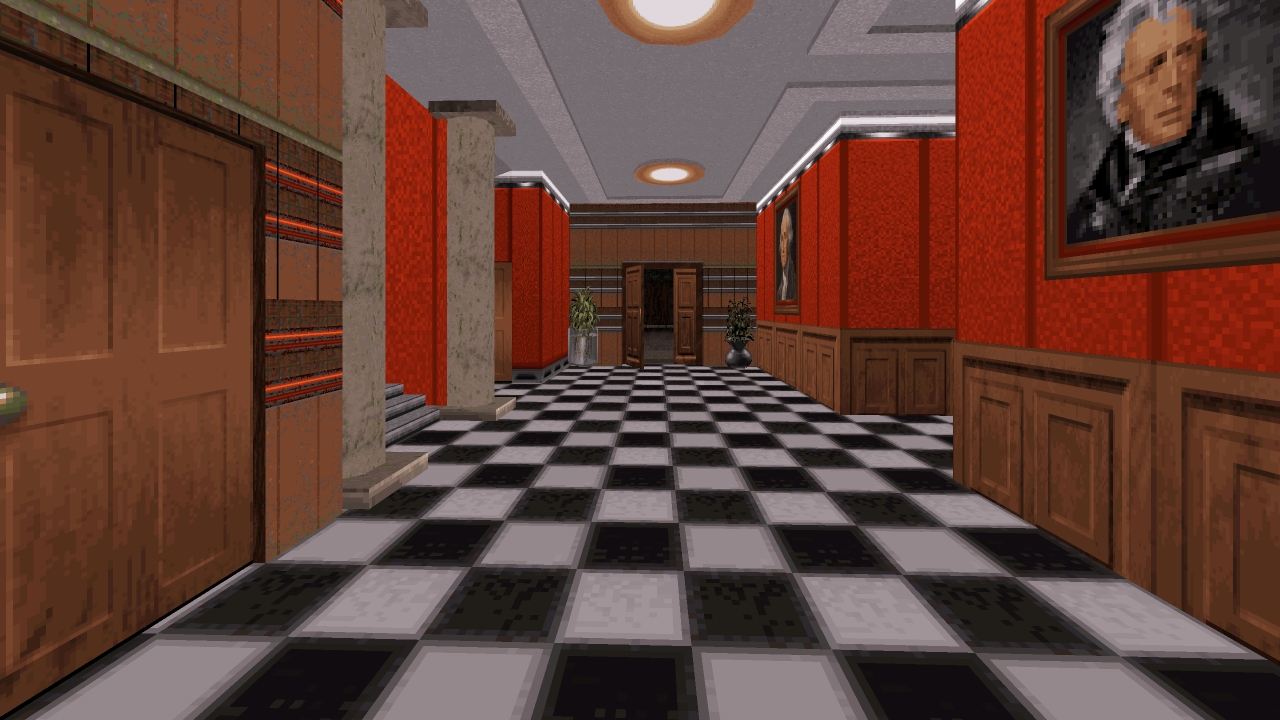 Locating every card never became too cumbersome since I take a peek if anything looks even remotely suspicious, be it a possible entrance inside a building or some dark niche away from prying eyes. Only one key had me stumped for a while, mostly regarding how I could reach its position. I also didn’t mind making those return trips to bank my findings either, as the trek back doesn’t last too long and re-spawning foes ensured those quieter streets were kept active. Combat during this portion primarily consists of minor skirmishes taking place outdoors, following a fairly standard ROCH affair up to this point in terms of balance albeit a little tamer than usual, as enemies behave as a mere nuisance. Pascal really pulls out a lot of mileage during this level’s first half despite holding back in terms of scale compared to earlier releases. There’s a simple donut shaped road layout surrounded by short buildings to shape the scene and a towering estate beyond iron gates, beckoning players to hurry up and see what’s inside. Yet, while this district does indeed share a surface level urban aesthetic, its an unnatural simplicity that leans closer toward this being an artificial construct, as if a stage prop built solely for the Game Show’s purposes rather than an actual community people would live within. 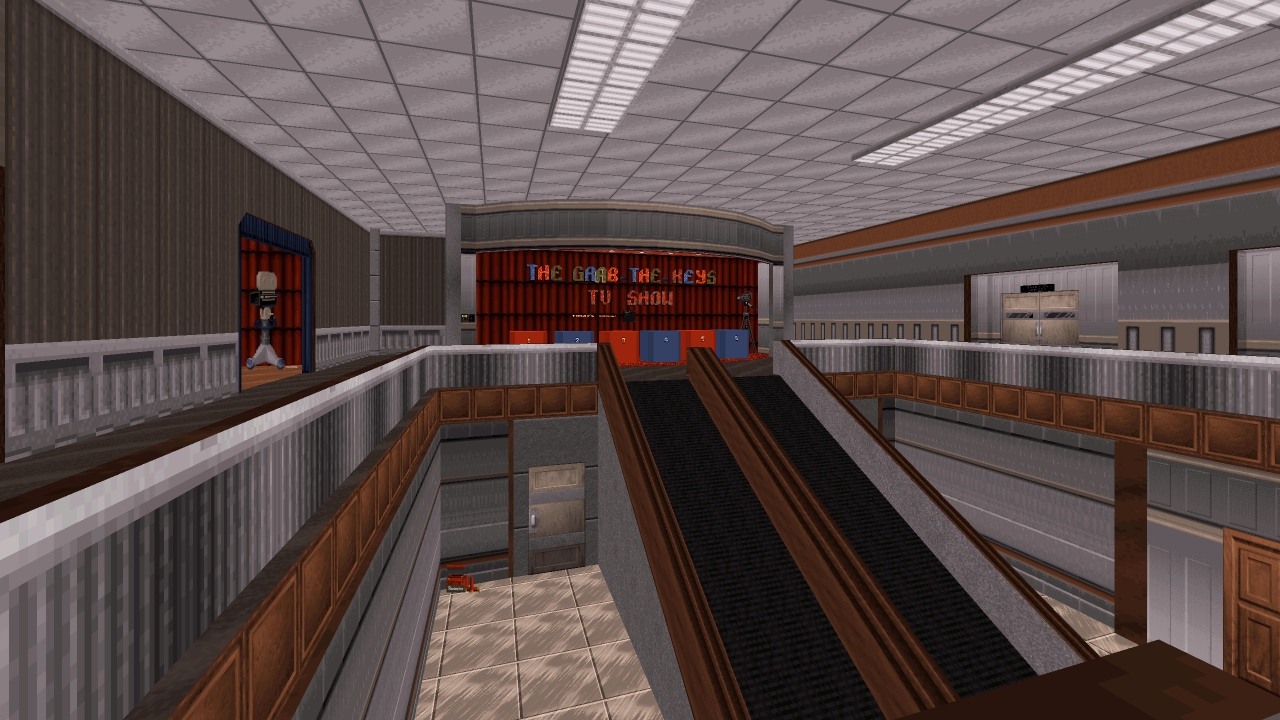 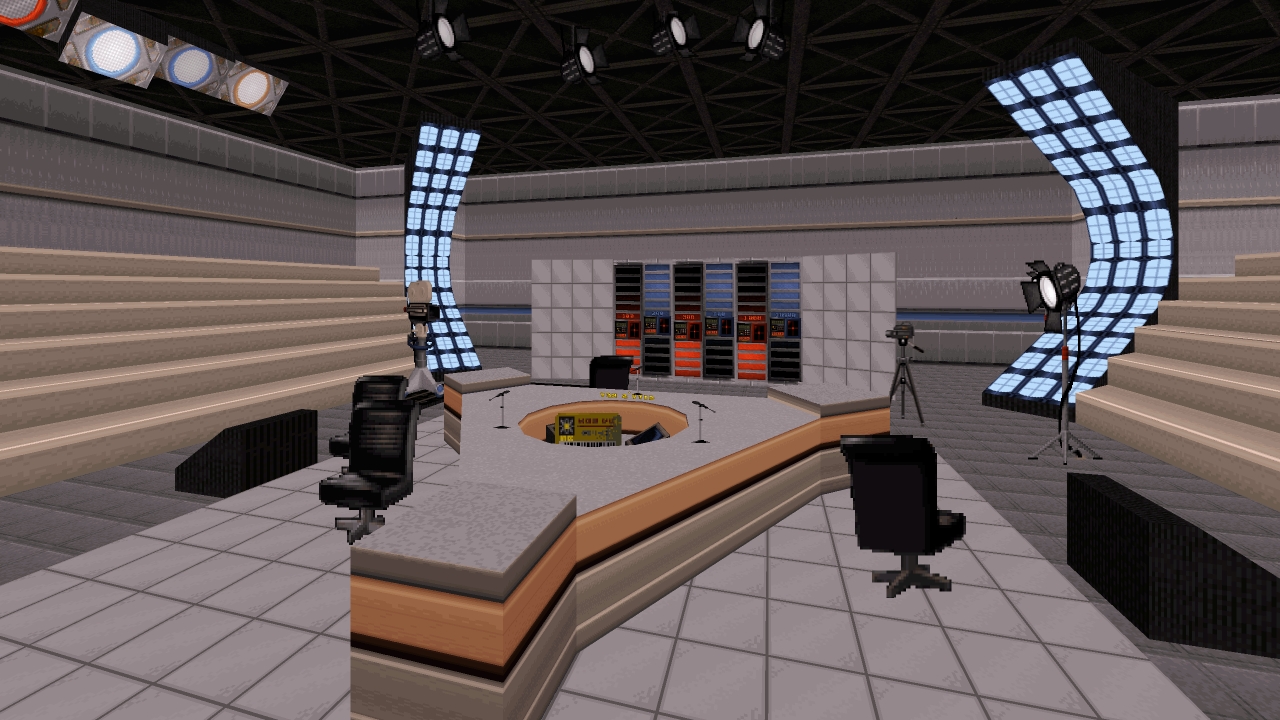 ROCH4’s second half resides inside our much awaited castle, a locale seemingly inspired by the architecture of Château de Cheverny in France. After constantly being teased as it looms nearby as Duke dashes back and forth, there’s a sense of relief to finally have free reign exploring it from top to bottom. By contrast progression then switches over to a linear structure getting from goal to goal while not forgetting to including your typical ROCH indoor shenanigans and point blank Commanders. The finale cellar conflict can be quite a viscous one, with up to three Battlelords on CGS amongst its other enemies, all bee-lining down a long hall blocking an important item by fierce firepower alone. It’s a tense onslaught to get this fight over with before any remaining gap closes in and cover is overtaken, forcing players backward into unfavourable positions. The mansion itself always made an impression on me in the past from a mechanical perspective in terms of design, because not only could you see the rooftop, but to enter and explore an interior despite that was like magic on a first time playthrough. Even now having a deeper understanding working with the BUILD Engine, I appreciate all that effort working with these overlapping sectors potentially getting in the way of mapping and debugging, just to craft a space that could likely exist in reality, all while pulling off the whole effect without causing any major rendering issues. Even after all that without yet mentioning the rich ornate décor tying the whole scene together, from wood panelled walls to its dense, warm furnishings.

Pascal’s fourth ROCH consists of two core components, each one dictating their own halves, a highlight in there own right. A non-linear key card hunt dominates its first portion, which has players rummaging every corner and getting the most out of a small zone as aliens constantly push back. The castle then takes centre stage during its second portion, much more linear in focus but still a worthwhile exploration around a gorgeous piece of work.