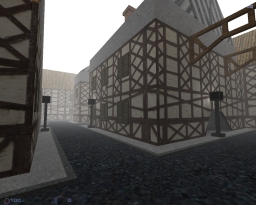 Introduction
Source of Life puts you in the role of a Holy Knight, seeking out the villainous dark lord who has stolen the Source of Life in order to claim it back. But a strange and surreal world awaits with a nightmarish experience right the way through.

Review
This is another one of those maps which aims to mess with your mind, its main focal point is the theme about constantly putting you at edge to question your surroundings while unsettling music plays in the background. This is reminiscent in the style of RNG‘s maps, on the lines of UNI or Mystic Radar, following that similar pattern of abstract horror and surreality. This combination, along with some disturbing sound effects, always made me wary about whether or not I want to enter a particular area and this made exploration tense, more so during the third level. There are four short levels in total, except the first can be considered a cutscene, so this isn’t exactly going to be a long journey unfortunately, despite how much more it could have possibly offered. The introduction points toward a simple search and retrieve goal, only to throw you off with the sudden change toward surreal themes. The second map within town is a good display of these themes and has a nice flow before things really lose their sense. Cutscenes and animation are used occasionally and presented well, along with other nice surprises. While checking our surroundings, we noticed seams on a specific part of the geometry indicating that it may probably break at some point, only to get something much better in return. This particular scene which was scripted well, with its animations and camera angles in sync with the ambient track, definitely the most rememberable scene for me. 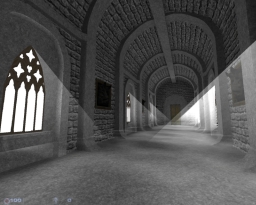 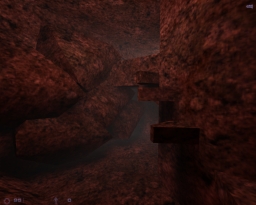 There are, however, certain problems which exist which could really improve the experience. Unfortunately, the only real teamwork that takes place is during a quicktime event to fill a gauge before insanity takes over. Although it is a refreshing and interesting addition I haven’t yet come across in other Sven Coop maps, there could have been more puzzles or events available to involve at least two players, instead of the simple button hunting in the third map. Next is the boss taking place during the final stages of the second map had the two of us confused. To prevent players from beating it with the wrench, it has been given very high hitpoints, forcing you to locate a new weapon. Anyone who gets close is most likely going to get damaged and locating the hitbox isn’t exactly clear, so we resorted to throwing our weapon as it appeared there wasn’t any other choice to slowly drain its health. It wasn’t until much later we found out where we should have hit it for a quick, instant defeat. It doesn’t help where the chances of death are high and that you have a limited amount of lives to be careful of. Design across each map is average, while slipping downwards by the third map. While the creepy enemy models and tense experience makes up for this, the scenery could have been more than a bunch of corridors and simplistic rooms. The final boss was also far too easy as he was too focussed walking slowly toward my companion, allowing me to deal him with quickly. I do feel however, this may have been intentionally anti climatic. 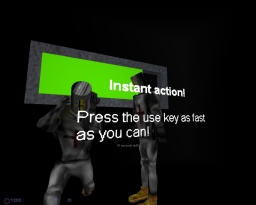 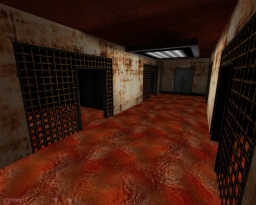 Conclusion
Brings forth another creepy and surrealistic experience, while not offering too much in the way of teamwork or puzzles, it does approach it’s theme well.