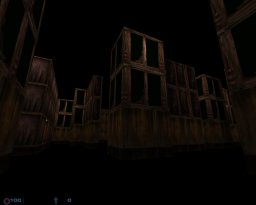 Introduction
This continuous dream I have… I don’t know, but it won’t stop sucking me in. Maybe I should try again. Do more than just scratch the surface of rust this time.

Review
Uni is a surreal little map that takes place within a nightmarish dream world. It begins with every player going to sleep and find themselves stuck inside a realm, shrouded in darkness and rustic in appearance. There is a threatening and foreboding atmosphere about the place, where a good usage of ambience from odd noises and weird humming drones can be heard nearby. It’s not all dread however, some places can feel calm with a light piano tune playing in the background. You almost never know what to expect and walking upon a black void doesn’t help justify trust in this place. Uni is influenced by a little Japanese game called Yume Nikki, in which you follow a young girl through a nightmarish dream world, with doorways leading into different chambers or realms where nothing makes any sense. The same applies throughout Uni. These places each have a look of their own with no actual consistence between them besides from their strange appeal, such as one location full of white tiles and a moving sky above or another which appears to be a giant cave with stone structures within it, but their actual purpose is vague. 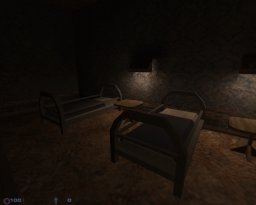 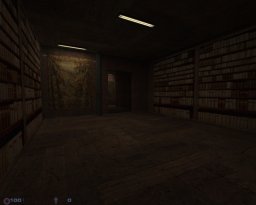 There is no clearly defined goal once you take off as the intention seems to be a purely visual and exploration experience, roaming around and taking interest from the things you find. There is no actual puzzle solving or combat scenarios either, but soon learn that there are objects with no real meaning you pick up. As these are collected, additional paths are opened up and you will awake once they’ve all been found. It appears the level can also be played in various ways, taking certain routes in another order or discovering different things taking place. Having played through twice, one particular room with two pillars changed appearance both times. The first time was calm with regular white light, while the second seemed menacing and blood red. There is probably a lot more out there that we missed and offers a good opportunity for further sessions. The level is relatively short as a whole and the length will depend on how well players find and unlock the next available area. The layout is disorientating as some gateways will lead back to the over-world or to previous locations, and others to a new areas or somewhere with no progressive purpose. It’s easy to get lost and possibly lose track of things, as we had forgetten that a location had another route we hadn’t taken yet and had some trouble getting back there. This fits into the theme quite well to confuse you and lose grip of control, creating a sense of paranoia and making the players feel unsafe especially considering things lurk nearby. This may be a frustrating experience for others however because nothing is straight forward. 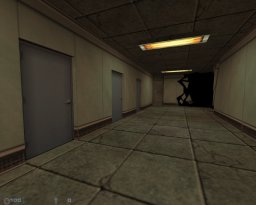 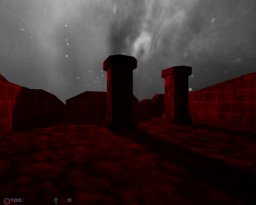 Conclusion
It’s a surreal and atmospheric visual experience where exploration is the main focus in order to locate several objects and awake from the dream. No puzzles and combat allows players to take things at their own pace, while the level itself can be the biggest threat due to the disorientating layout.