Lord Jacob has somehow got his hands on some sensitive information about what kind of work that Garrett and Felix have been up to. He’s threatening to take this evidence to the Sheriff unless they somehow cough up a large sum of money. Garrett has been assigned to take him out and get that scroll back.

For this assignment, Garrett will be setting his sights on a cosy little villa that is situated around a rocky landscape, built above water, complete with a central courtyard and basement level. COS2, much like its previous instalment, is another short and simple mission that won’t exactly pose too much of a challenge for players. Moving around is an easy task due to a low number of guards and their patrol routes don’t often tread near danger zones. The only time I had a close encounter was up in the library. Sneaking around won’t be much of a problem for a bulk of time but chances of being caught are higher nearer to where the Lord’s resides. This is due to marble flooring and bright lights found in close proximity of guards, and security here is also much tighter to protect their Lord from potential threats, so getting inside his quarters through the front without creating unwanted attention is nigh impossible. At least through the front doors anyhow. Assassinating Lord Jacob is a vital objective for completion and can’t be avoided through other means, so for those players who don’t want to be forced to murder without choice and want a typical Thief experience may wish to skip this one. 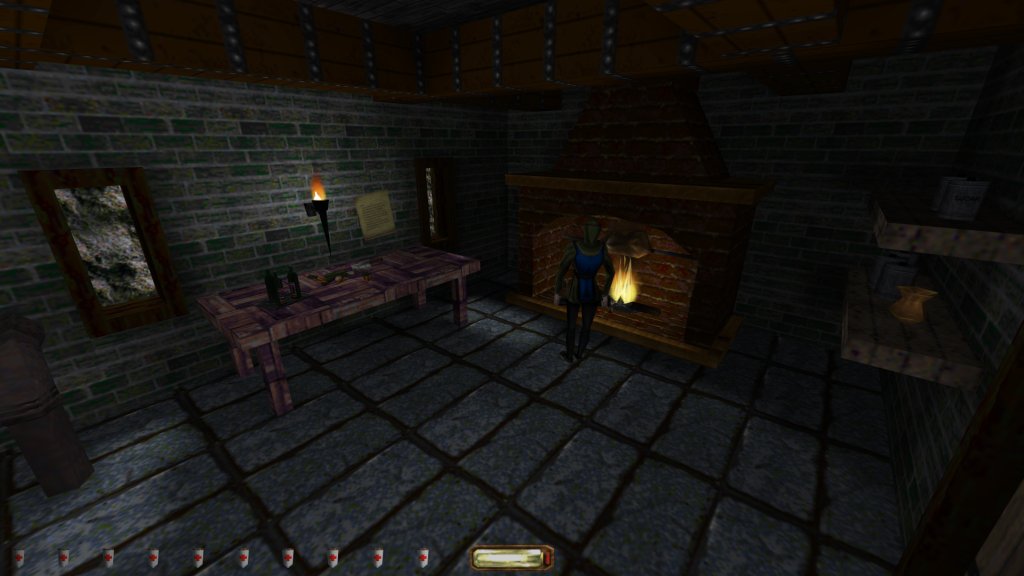 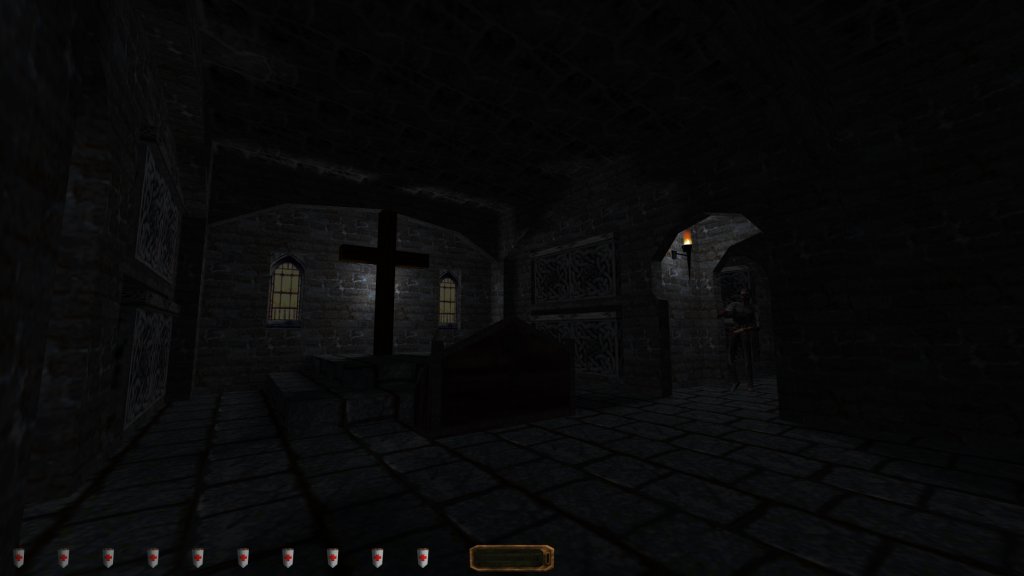 In terms of visuals the mission does a decent job at creating a more refreshing mansion environment for its chosen theme, with surrounding rock terrain and water to help accomplish that. One half of the villa is designated for staff members to sleep and eat, giving off this cold ton through its use of metal and bare brick textures. The opposite half is however much warmer with plastered walls and wood panels. Nothing too special going for its layout though which consists of rooms and windows dotted along the side to eventually loop back upon itself. Interior decorations are minimal but enough to feel homely, using structural shapes for detail such as fireplaces and sloped ceilings with beams running along them. The villa exterior also looks quite nice with its contrasting colours against grey cliff walls which stands out better for a daylight setting. Texture choices do create distinctive and separate locations, while alignment is rough in spots most evident on metallic beams in the barracks. I did also notice flickering geometry above the courtyard rooftops though which ruins a nice sky view. 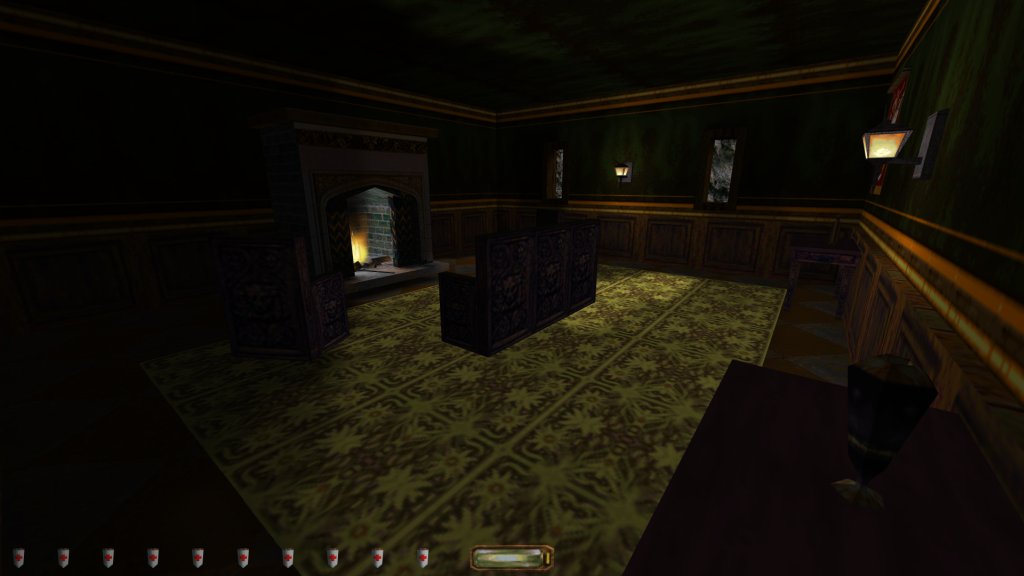 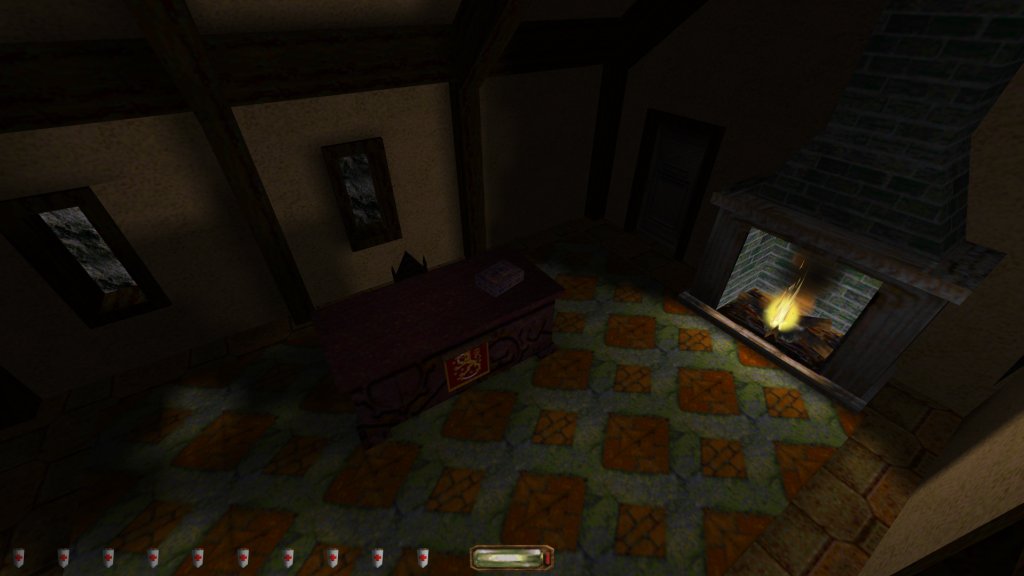 Gameplay from the starting cave up until acquisition of a master key is actually stuck on a set route before a little more freedom to roam is provided, but for the mission’s length this isn’t too much of a worry. Getting around to assassinating Lord Jacob himself is actually quite effortless with an easy to reach alternative path to reach him, yet ironically trying to fulfil a loot goal on expert difficulty will be a trickier aspect considering how tight the requirement expects players to get. There is enough of this loot to get by just sitting around in plain sight but checking rooms and guard belts thoroughly before proceeding onwards will be worthwhile to avoid any unnecessary rushing around looking for that remainder when other objectives are already completed. Now moving onto some technical problems, there do exist some bugs that still linger about such as; Sounds not passing through doorways properly will make it difficult to hear lockpicking, key usage or door shutting sounds unless leaning against them; Two unarmed servants on the ground floor will retreat toward the drunken guards before collapsing properly after being blackjacked; And Garrett will keep repeating dialogue each time you enter a trigger hotspot, so there is a little lack of polish but nothing seriously game breaking present.

COS2 focuses on assassination as a core objective for this short and simple mission, but otherwise offers some thieving aspects inside a refreshing type of estate and can be enjoyable to play, but isn’t quite as strong as its previous mission.