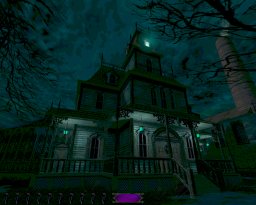 Introduction
You’ll be taking the role of a paranormal investigator, instead of the usual Garrett, who has recently been given a new mystery to solve. Thomas Blackwood, the resident mortician and owner of the Hollow Lane Mortuary in Lampfire Hills believes the place to have become haunted. You will have to go in alone for this little assignment, as Thomas is much too afraid to get close to the manor anymore. Solve the mystery that has caused the place to become haunted, and find a way to stop it. What secrets will you find? What awaits you in the Rose Cottage?

Gameplay
You’ll begin just outside the main gates inside the mortuary, the horse and carriage leaving as it rides off into the distance. A letter in your inventory introduces you to the mission objective and where you’ll start to progress onwards to solve the mystery behind the hauntings that take place here. Having no weapons or special tools to aid in your assignment, you’ll quickly begin to feel vunerable during this mission. The lack of a comfort zone will create the fear, while amplified by the creepy visuals and various sounds coming from an unknown source. Lighting definitely helps create a mood which doesn’t cast too much shadow and darkness. There’s a good balance between light and darkness, to show specific spots the author wants you to see but not allowing you to feel too safe in this environment. Of course there are various light switches you can use, but these don’t ruin the mood. 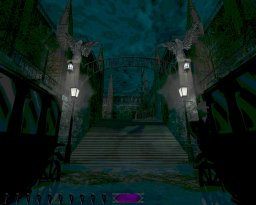 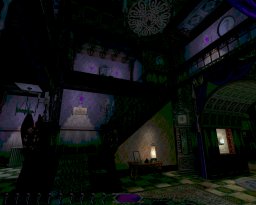 Generally the mission involves you to explore the manor while finding keys that unlock other parts of the building. Upon doing so, you will come across attempts to scare you and develop the plot, including a few readables. Progression is straight forward infact and keys are clearly labelled, clues are set out and the layout of the house is really good. You may also come across Tarot Cards; there are twenty of them to collect scattered across the mission, an optional task you can indulge yourself with if you so desire. One specific problem that should be addressed is that, the mystery will be pretty much solved around the halfway point of the mission while the latter half is putting a stop to the hauntings. The mystery and ambience that is created during the start may be lost, but this will probably depend on the player. This was a bit of a shame and removed a lot of the tension and vunerability once you knew what you had to do.

Design
One the strongest areas of the mission that worked particulary well, was the way in which scene composition was handled. The best example would probably be, the first time you enter through the large gates into the mortuary. Along with the little ambient tune that plays, the visuals are not only stunning, but the position the player is creates a specific tone. Rather than seeing it all from the front area, you’ll walk towards it at a specific angle. This adds more dimension to the way you see the manor. This trait is also used at points where the author wants you to see something at the right given time, such as turning a corner to continue down a hallway. This aspect that approaches the horror theme not only works, it adds a lot to the atmosphere that is being created as you progress. 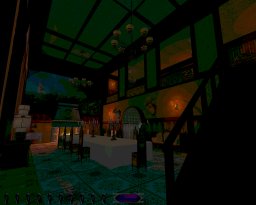 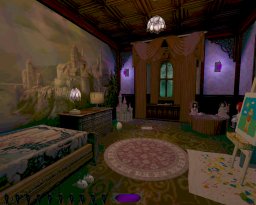 It is really hard to say much about the design considering how spectacular and beautiful it looks, without dragging on too about it. The structure of the manor is crafted very well and puts together a good layout, and the same can be said for the other areas. Each location is detailed fairly; good amount of furniture, picture frames along the walls, great texture choices all over and the excellent use of lighting. The main hall makes use of a royal purple tone, while the exterior has a mystical green, and the hallways a deadly red. Whatever a specific location was going for in style and tone, it was pretty consistent at in terms of design. Although this may seem like a rather minor thing, but the morgue location did look a bit too modern considering the other aspects shown in the mission. At times even reminded me of System Shock 2. 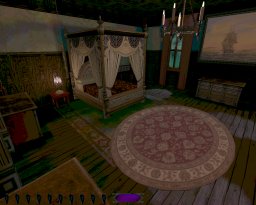 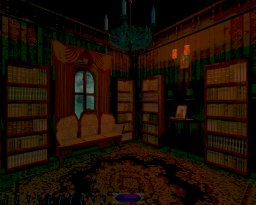