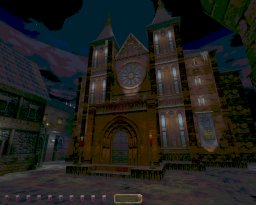 Introduction
This is a two part mission that takes place some months after the events of Ominious Bequest. It is recommened you play that one first before checking this one out. After the events underneath Farrington Manor, Garrett decides to leave his usual field of activity for a while and heads toward Arkford. Three months pass by and he has become sick of the town, so its time for one last job. An ugly piece of art called ‘The Sleeper’ is on display in the local museum, The Harrogate. It may fetch a good price amongst collectors. The sooner Garrett gets it, the faster he can get out of Arkford.

Part I: Arkford
Broken Triad consists of two missions to tell its story, so I’ll be taking a look at both of them rather than reviewing this fan mission as a whole. The two missions do play rather differently from each other and even approach a different theme of design between them. Now that I have that out of the way, lets take a look at the first part of this mission, Arkford. Garrett will start off in his current accommodation where you will get a little bit of time to explore, checking out some of the unique readables like the newspaper or leaflet before heading out. Arkford itself is a large city area, so unlike the prequel where you were focused on a single mansion, you get the chance to explore the various different buildings as well as the museum. Just because your goal is to steal an art piece called ‘The Sleeper’, don’t expect this is going to be as simple as you think. 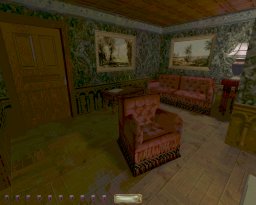 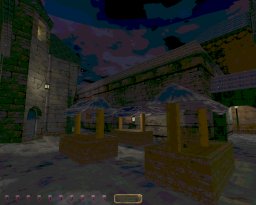 The first problem is getting inside of the museum and even if you manage that, proceeding to find a way to actually take this object. Also, during the course of the mission you will recieve other objectives to complete in the meantime. Readables are really engaging, using images as a way to bring some variety in their format, like a newspaper, leaflet and letters written with more personality. Interesting to note as well is that readables placed into your inventory have some clue to what you’ll need to do. Lockpicking has a lot of simple locks, used fairly and realistically across the mission, where it never became boring to do. There’s some great puzzles to solve too; one of my favourites being the door that is locked by a sequence of musical tunes. There is a victrola you’ll find in one of the buildings outside that can help you solve the pattern. It was pretty fun to figure it out though, while for some it may be a fustrating experience. The author kindly included an image that reveals the answer with the download. There’s also other things you can get involved with; the mystery about some murderer that is loose in town, finding secrets hidden across the mission and being shocked by the many twists and turns Eshaktaar throws at you. This part of Broken Triad pretty much blew me away and I never knew when it would actually end and what to expect. More surprises were given to me and the experience was absolutely amazing.

The design of the first mission is simply brilliant, and a major step up from the prequel as well. The city is large with several buildings scattered around a system of streets connecting everything up in a decent layout, including the museum as the centre piece. Each structure has its own take on shape and texturing, blending well together as nothing stood out as odd. Interiors themselves also approach a style for what the building represents. For example, the inn and shops use a lot of stone and wood for its interior design, while houses for the rich use a mix of wallpapers and marble with richer decorations. Then we come to the museum itself, which is a renovated church. This is one of the best looking structures in the city that uses a great design. It has nice brown coloured bricks as its main choice of texture surrounding the structure, both inside and out. Various blue windows along the sides add a bit of contrast, and a touch of banners representing the location break up the brickwork. A calm ambience track is used while exploring the streets, as snow has settled across the city while snowflakes continue gently drop from the sky. Some locations use more creepier ambience tracks to create a mysterious tone. 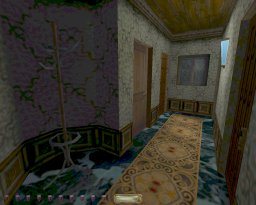 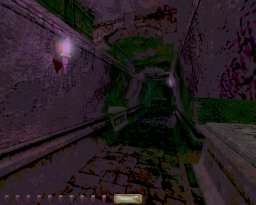 Part II: Tempest Isle
This is the second part of the mission which takes place directly after the end of Arkford, but I won’t spoil the details concerning the story however. You’re just going to have to play it and find out for yourself, but there are many aspects worth mentioning about Tempest Isle. This one takes place in a location that would probably remind you of ‘The Lost City’ from the first Thief game, except the majority of it will take place outside. From the get go, you can start exploring this old and abandoned ancient civilisation, stealing forgotten treatures and reading stuff that took place many years prior. Also, compared to Arkford, you’ll be facing yourself against Craymen and a few other non-human enemies, but they can be easily avoided without the need for combat if you do not desire it. This level is mostly enjoyable due to its theme, which then leads onto some secret places to find and many different puzzles you can solve. There’s also a type of crystal you will find that acts like keys to operate specific objects, some requiring more than one. There are also some Keeper glyphs you can use to enter a small realm that will eventually link together adding a new form of pathway and shortcuts. That isn’t their only purpose though, since they also expand on the story, as with most of this level will do as it continues from the previous. Exploration in this mission takes priority. 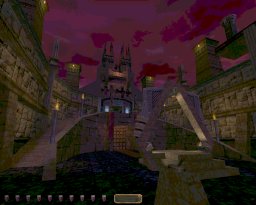 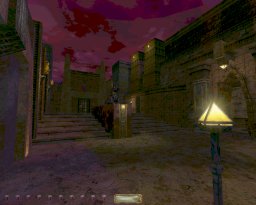 The design in this mission is possibly better than that found in Arkford, as it approaches a pretty unique looking ancient civilisation. The purple sky adds a fantastic contrast against the general scenery of the level, which fits extremely well in this strange location, almost as if you’re in a completely different world. It also creates a fresh tone to the theme, which consists of large tan coloured brickwork, using a mix of simplistic structures, and detailed decoration in some of the textures. Other pieces of detail also follow a similar style with the design, such as the light crystals on stands or embedded on the walls, usually above doorways and arches. The atmosphere creates a very isolated mood, which is also enhanced by the lighting itself. There’s a slight dark ambience which isn’t covered in too much shadow, while a rich and warm glow comes from many sources without being too bright. The Keeper compound realm locations themselves also add a form of contrast from the ancient environment, adding a slightly modern twist in design, while at the same time focusing on a similar colour scheme as the rest of the mission. Everything here just blends so well together and remains consistent. It does a better job than Arkford, but both missions still have brilliant level design. 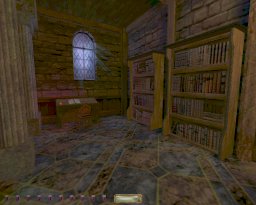 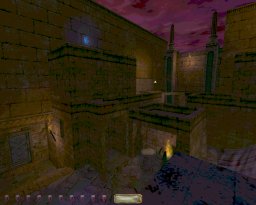 Conclusion
Two missions in one that continue from Ominious Bequest, both approaching different themes. The gameplay is very enjoyable, with many twists and turns being thrown at you while the level design is plain and simply, brilliant.