After his business up north and upon returning home to Bridgeport, Steele learns about a recent string of murders across town and two of these deaths being his own parents. Now faced with questions and City Watch not providing any sufficient answers, he sets out alone to piece together this puzzle himself and find the perpetrator.

Sequel to IN THE NORTH, players are tasked with infiltrating a City Watch station located several streets across the district to retrieve information concerning his parents murder. Because of extra Watch patrols during a late night curfew, Steele will instead achieve his journey taking a detour over the rooftops of Bridgeport, leaping between buildings and slipping through open windows. Navigating across high ground is a simple chore by climbing ledges, pipework and squeezing through the gaps between exterior walls into other quarters. HOME AGAIN is not exactly linear however since there is a good deal of interiors or terraces to discover along the way. I couldn’t discover a greater role for rope arrows though beyond ensuring certain jumps are easier to manage. Our road ahead is a straightforward enough route to explore and pillage the surrounding areas without losing track of things therefore my hunt for loot became more thorough than usual, missing only a mere one hundred gold from the mission total upon completion. 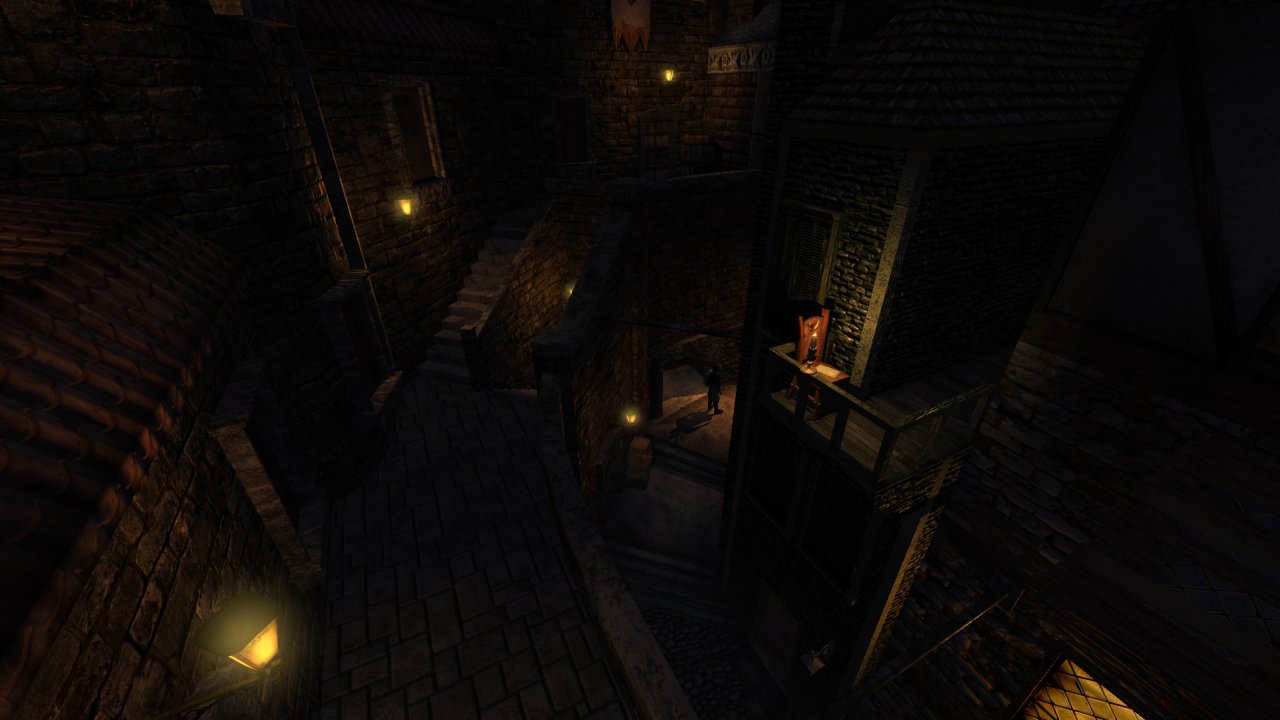 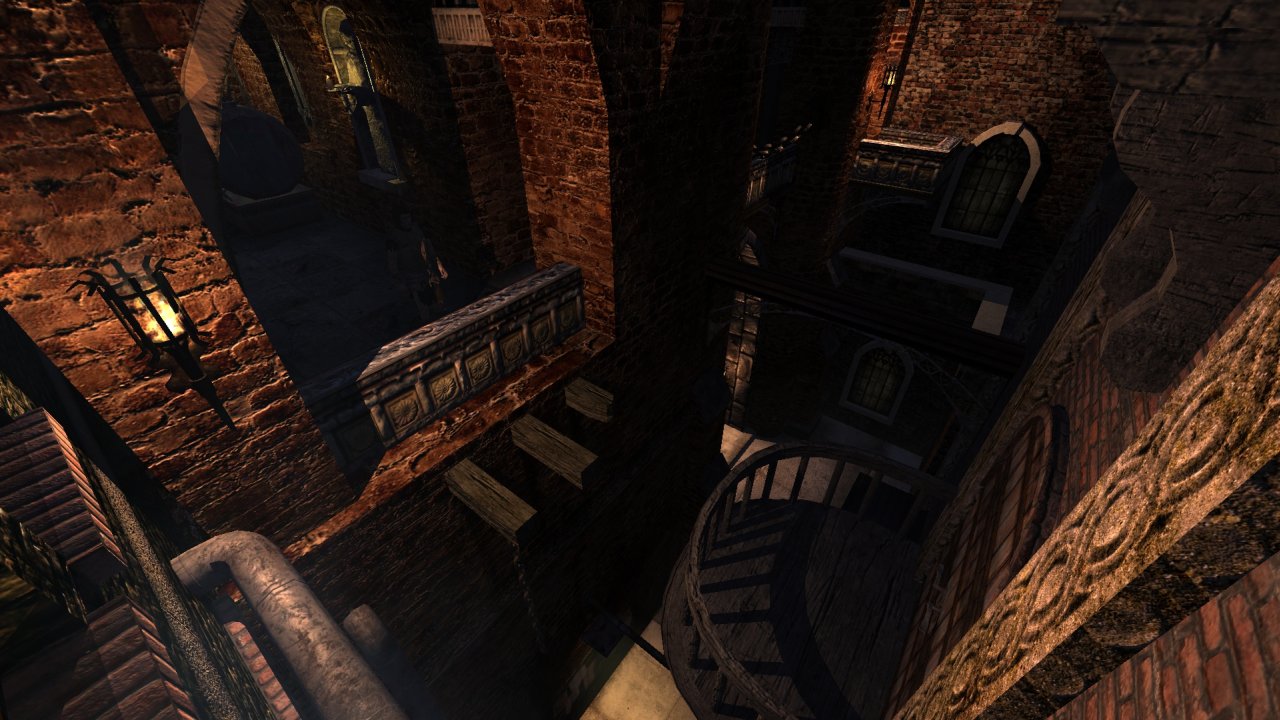 Dropping down to check out the street level is ill advised simply causing mission failure. This makes perfect sense within story context but does lack minor consistency in some odd locations. For example, players are allowed to take a swim within the canal where a boat is currently docked to grab a single piece of loot, ascend a ladder back to high ground, but touching the road parallel to the boat will be punished. Other situations can include failing a jump and landing in a safe spot mere inches away from a street. The problem this presents is making players wary about exploring too low to ground level, but potentially feeling as if they are missing out on items they wouldn’t have discovered if not by falling into the water accidentally. It wouldn’t surprise me if the remaining gold I had overlooked were located in a similar niche, but by no means does this become a persistent issue during gameplay. The loot goal itself is otherwise easily manageable and optional. 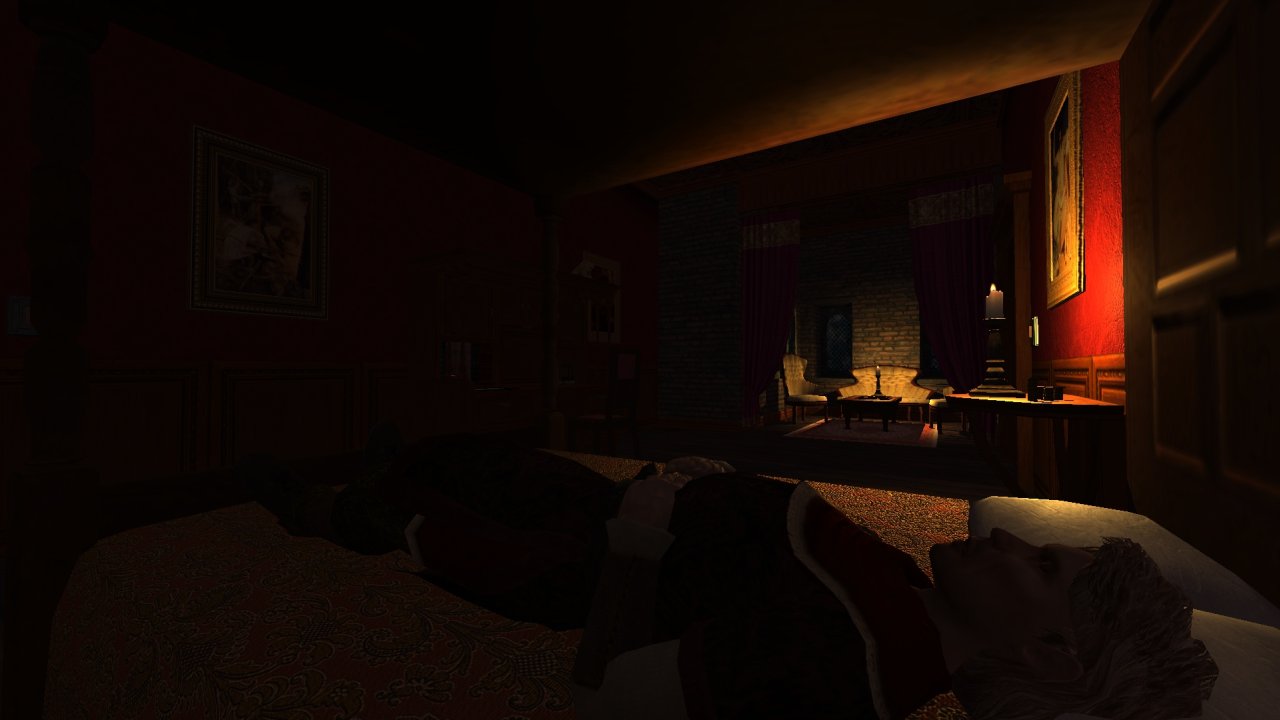 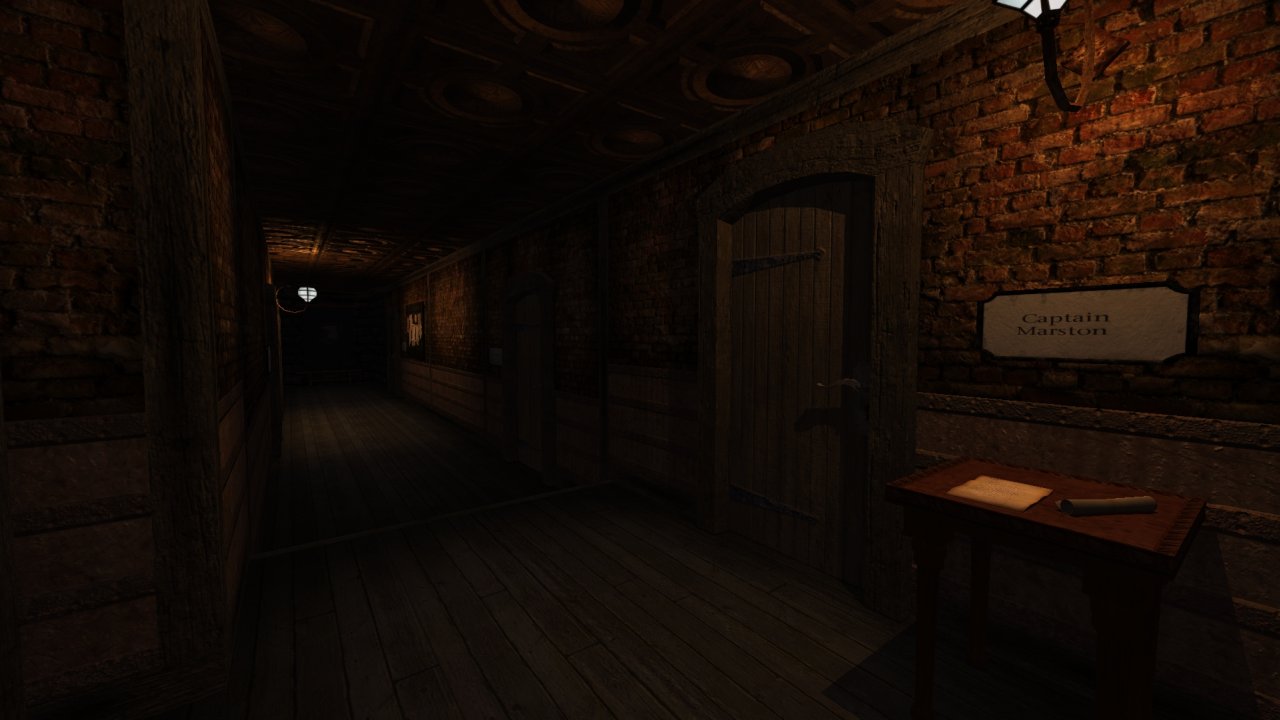 Continuing a trend from its prequel, HOME AGAIN once again creates a setting with various stories interwoven into current and past events, some revealing what effects the recent murders have had on people and others will depict cowardly attempts to exploit each other out of greed. Few of these are not handwritten texts entirely on their own, occasionally depicting their context into the scenery too including an unfortunate death of a woman and the reason why one house is being remodelled. As I travelled through town reading through these notes, life around Bridgeport proceeded behind the curtains regardless of my own goal with drama and a splash of subtle humour. It’s only too bad there weren’t any conversations between character or much AI interactions with the environment. Another method to deliver story elements is the Inventors Guild’s latest contraption, a sound recorder, where music and voice messages are played by holding tubes above them. This very addition could have some lost potential for hiding away secret tubes around the mission but never had luck locating any if they already do exist. 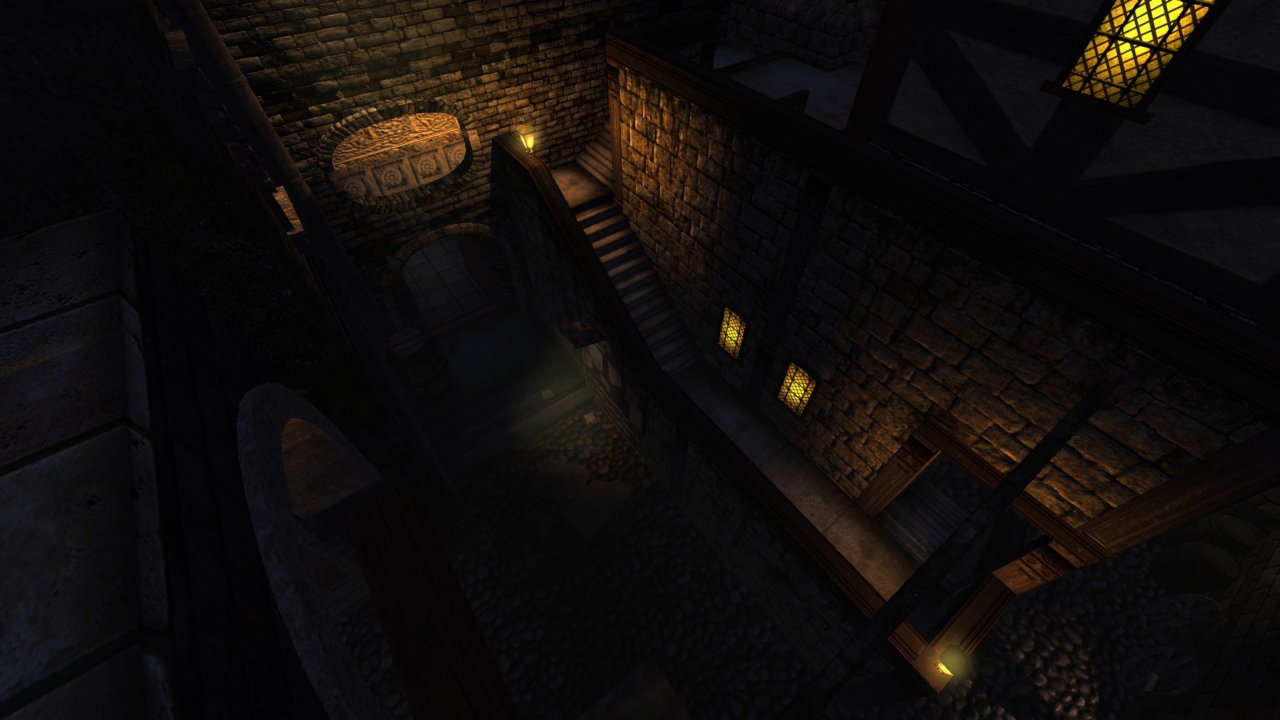 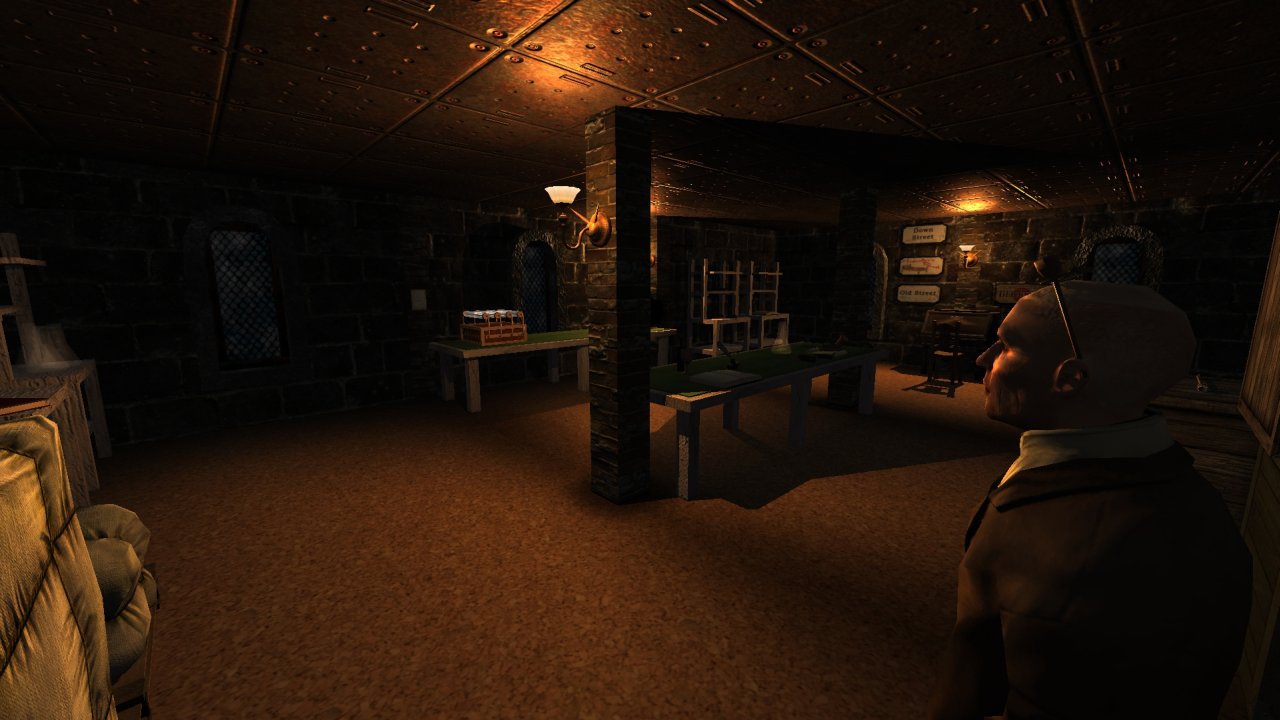 Upon finally getting inside the City Watch building, gameplay will ease back into usual territory with a fairly interconnected layout almost reminiscent of Harckoff’s manor from IN THE NORTH, consisting of three floors and lower cell quarters. Navigating this environment has its charms while risk is constantly high because all lights are electrical with only a few dark corners to exploit, so switching these off will be preferable from time to time. Patrolling guards will be numerous as they continuously roam between floors, so expect these lights often popping back on at your inconvenience. The only part I couldn’t quite figure out how to sneak beyond a guard in the records room and accidentally breaking his behaviour after repeatedly turning off the lights. Oops! As HOME AGAIN draws near its end, I must commend grayman for allowing players an option to end the mission either in a sewer below City Watch or instead head back through town for a second tour from a different angle.

HOME AGAIN doesn’t begin very interconnected, instead opting for a straightforward path through the city while occasionally diverting off with interior and side path exploration. Once inside our target destination the map opens up offering more routes to navigate and a tighter stealth experience. Its an enjoyable run with nice world building and a decent amount of high ground parkour.