William Steele 1: In the North

William Steele is an adventurer from Bridgeport, working as a guard for Lord Bascombe at his castle in Braedon. Lord Harckoff, a nasty fellow living in the renovated church nearby, sees Bascombe as a threat to his shady business and has put a price on his head. Steeling the reward should be a viable method to prevent this.

In the North takes place inside Lord Harckoff’s manor, which once used to be an old Builder church and has since been renovated with some extensions made. Half of the building is old, leaving intact the stone walls and catacombs of the past, while the north side is accompanied with the homely quarters. The mission flow is governed by an interconnected layout, offering a choice of routes to access different floors of the manor through a number of methods, whether by taking one of the many stairways or by sneaking a ride in the dumbwaiter. For those wishing to climb and make use of the rope arrow also have that option in a few locations. This in turn creates a non-linear experience to tackle the objective however desired. Hunting down the bounty reward will involve reading up on clues to find its hiding place, while loot can be found everywhere and is plentiful beyond the highest loot goal. However this does have an effect on the overall difficulty making it too simple to escape when the situation becomes tense. Sneaking around is quite trivial despite some of the tighter hallways, with many shadows to hide away, ledges to climb onto and rooms to scurry into. Many patrols were effective by almost appearing to have no pattern, forcing some quick decisions when more guards than expected show up, but never occurred often enough to be considered a huge threat to stealth. 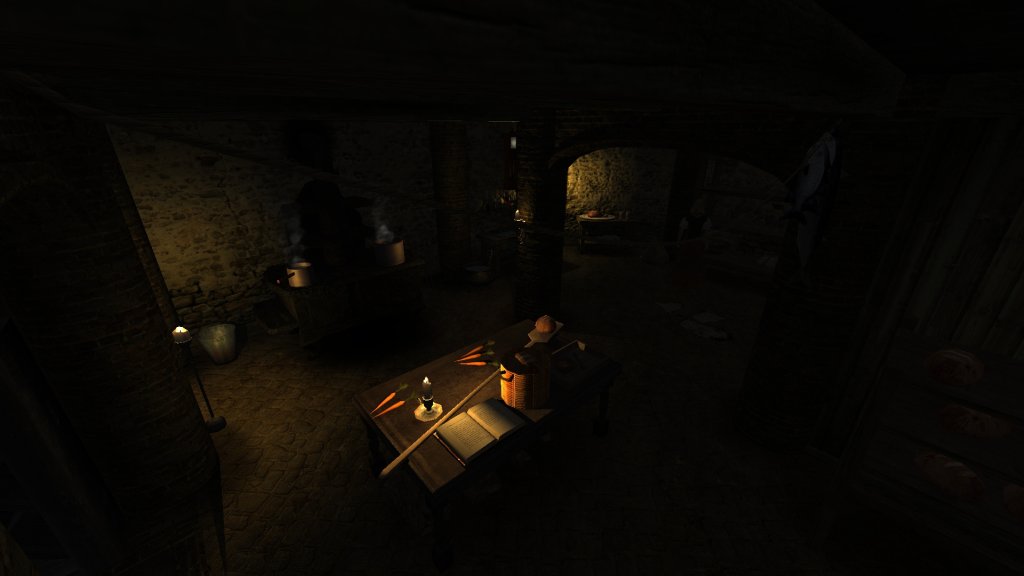 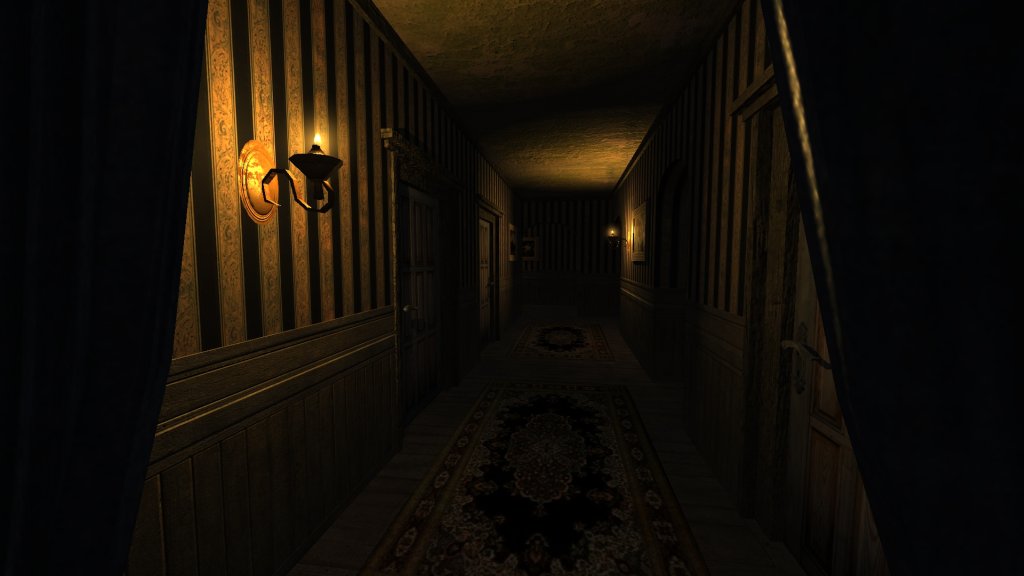 One key strength of the mission comes from the thick layers of depth. Much of this is presented through readable content scattered all over the place, which not only provides clues to the whereabouts of hidden loot stashes, but also creates character background, their relationships between one another, past events that have unfolded and some history concerning the old Builder church. With all this combined, the manor feels more like an actual, living and breathing environment as people go about their daily duties. The servants, guards and rich folk each have their own personal problems and quirks, giving them a sense of purpose for being here. As an example, not too long after starting we come across a man who has become ill and over time learn how, why and what this amounts to, proceeding from there and into other characters’ writing and learning about them along the way. Other favourites include the man learning to read and his bad habit, and everything regarding Mary. This created an incentive to go out there to read everything I could get my hands on and continue exploring, regardless with how close the main objective was. Optional objectives will also trigger at specific points, which can be solved by checking through the clues written down. Important pieces of information are kept in the inventory, but does create a lot of clutter amongst the other items. 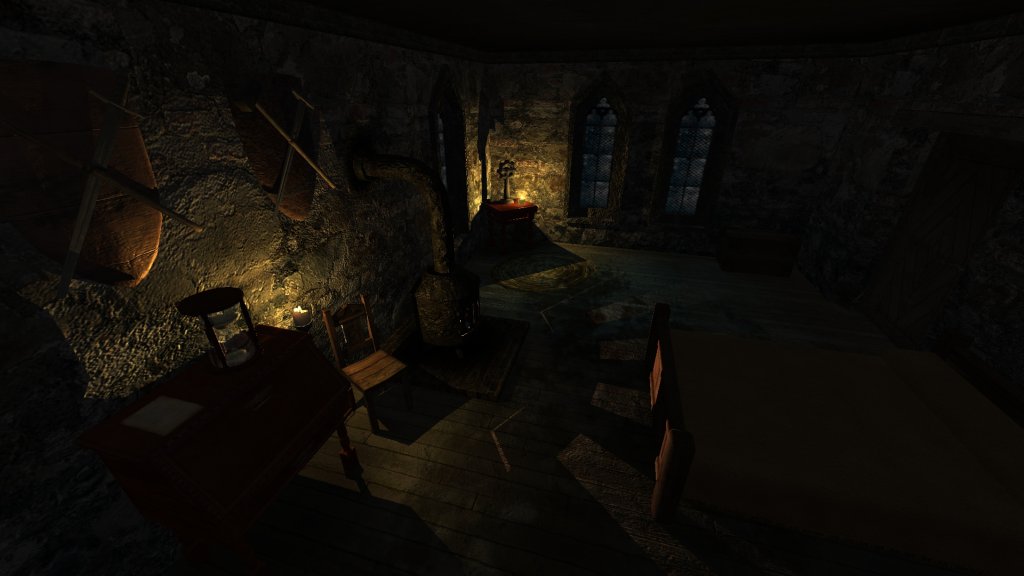 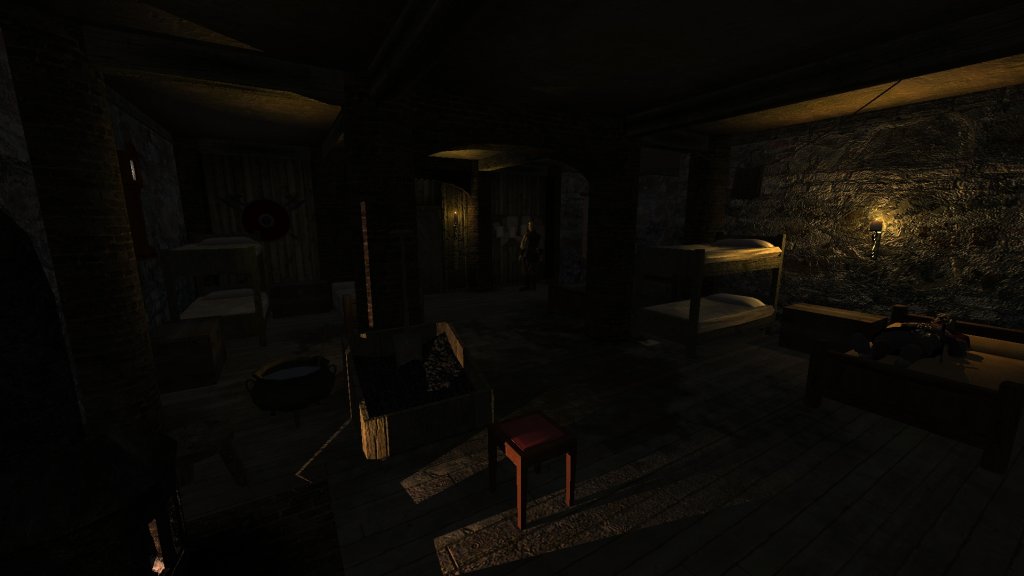 Each floor has a distinct style of design which is attributed with a sense of wealth according to who accommodates them. The cellar homes the barefooted servants, abundant with drab bare stone or wood walls and darkly lit rooms. Much of the space is used for the kitchen and storage, but everyone at leasts gets a room to sleep in for themselves. The next floor does feel more accommodating with some wallpaper and carpet, but doesn’t stray too far from stone walls. Most of the decorations are favoured for the floor with Lord Harckoff’s chambers, designed with warm wooden panels and elegant drapes throughout the halls. The visuals in general are strong and rich with detail, using a good amount of furnishings to make a room feel complete, through structural elements such as archways, fireplaces and some height variations noticeable in the cellars. The catacombs provide a contrast to the manor and a neat addition. Use of red candle lights and foggy flooring were suitable to create this mystical and foreign ambience, as if detached from the normal world. A similar effect is also used with the blue flames near the church, but the intensity of the colour did strain my eyes here. 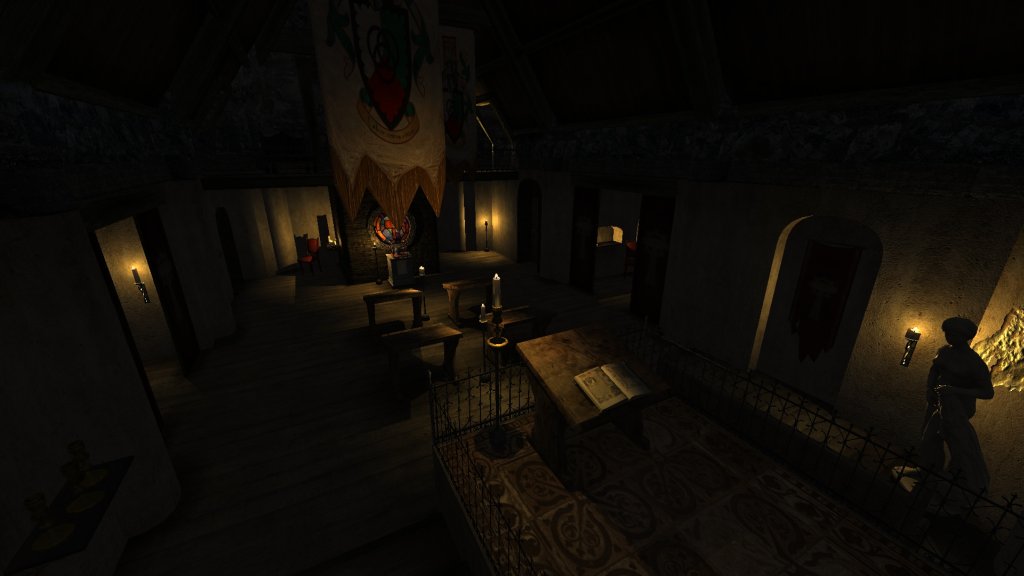 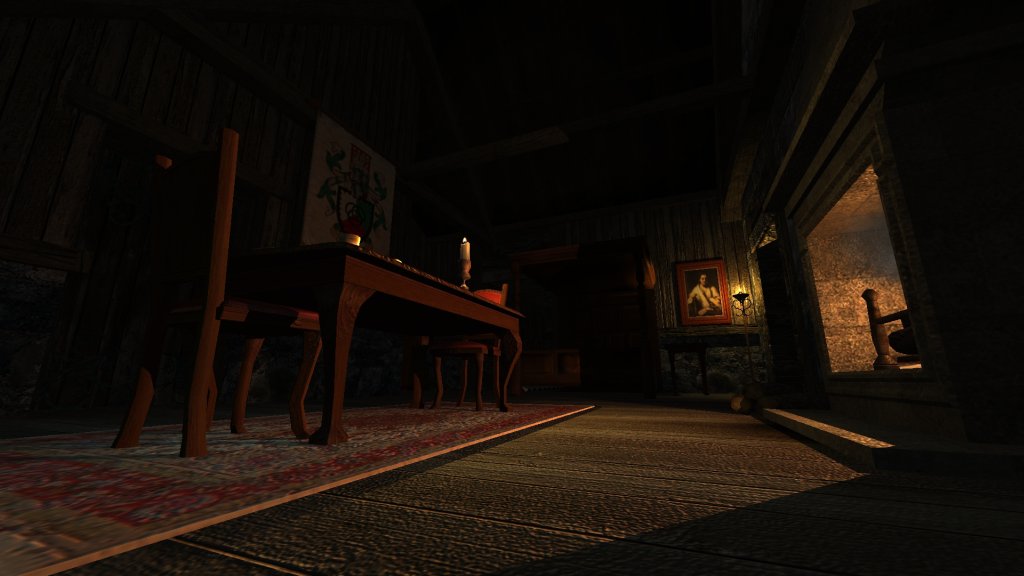 The interconnected layout and large choice of routes presents a non-linear mission, but the difficulty as a result is mostly low key. Strengths focus on exploration, background depth from readables defining characters and strong visuals.