For The Life Of A Friend

Taking one step away from the usual military themes of ARMA for a moment comes a mission following the simple life of a civilian named Piotr and a story about friendship, murder and revenge. “We went out to have some fun teasing Jegorow, the new castle caretaker. But then everything turned out differently…“

For the Life of a Friend is not going to be an experience that will be suited to every players’ tastes, being a mission mostly focused on presenting a narrative through cinematic use of cutscenes and scripted sequences. Action is not prominent until the final remaining stretch where some gun fights will take place, but a large bulk will flow in a linear, movie like presentation with little choices being decided by the player. This is made up by offering a high level of immersion. Let’s take for example how things begin; a boring and tough day at work is coming to a close but our boss wants some extra crates moved elsewhere before we leave. After dumping a single crate we could choose to leave without any further care or be a good boy and finish up the mundane task, during which Boris nearby will occasionally interact in some way and a tractor can be seen driving by. While not an extended amount going on it does also emphasis the empty village life and Piotr’s desire to have fun with his friends. 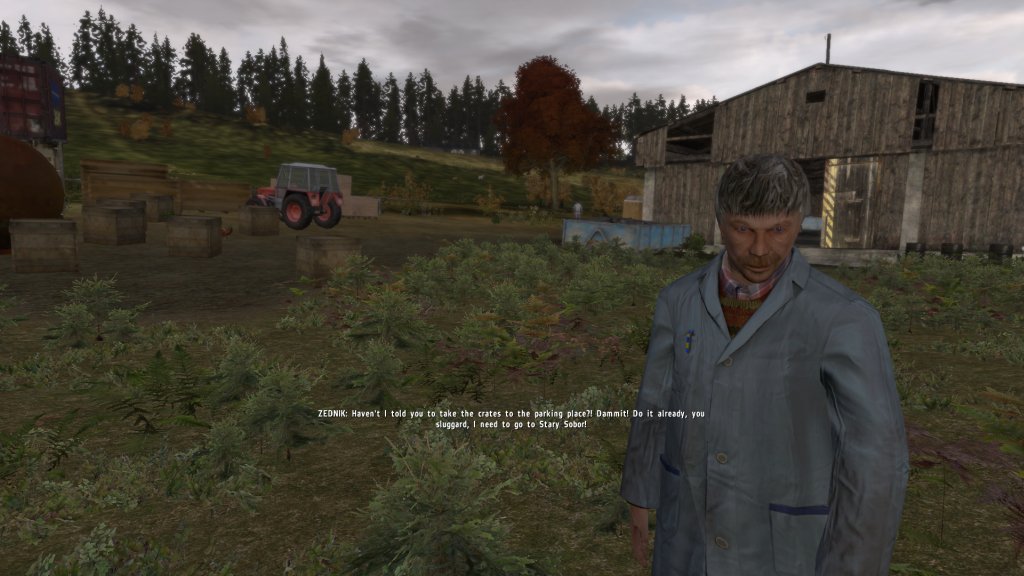 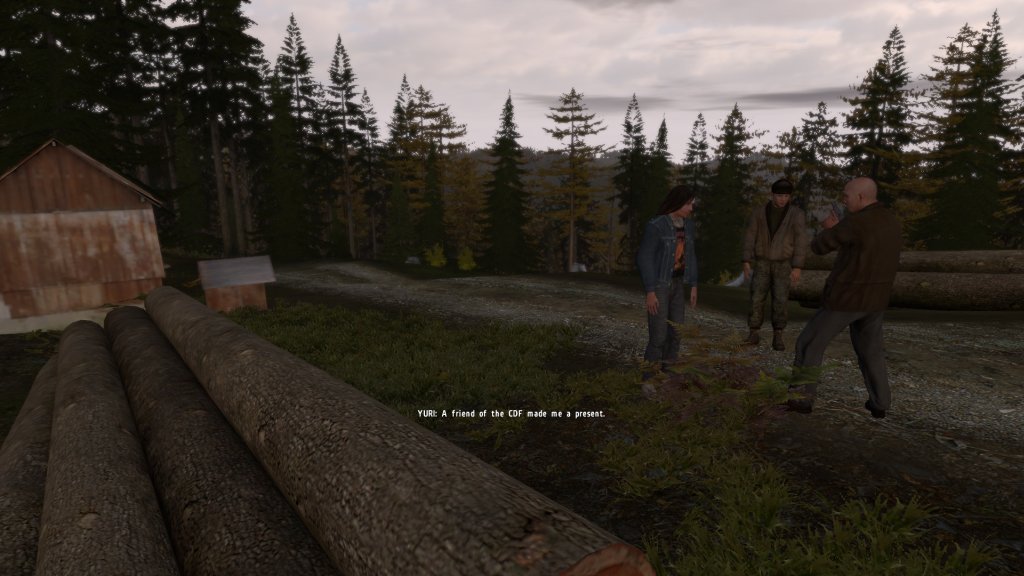 Other aspects of course include the good camera work and animation choices during each scene which brings them all to life. Every line of dialogue is also fully voiced in German and includes English subtitles to boot. Despite my lacking experience hearing the German language, I feel each actor does a good performance with just enough emotion to come across as believable in a given situation, whether joyfully interacting amongst each other as friends would or being wrought with fear and worry for one another. Vyshnoye and its surrounding area is a well picked location for this scenario to take place. Jegorow’s isolated home situated far south to keep away from the village and a long abandoned castle overlooks the landscape; not quite an inconspicuous hiding spot! Now just set everything during a late afternoon, slowly slipping into a moonlit night and a perfect atmosphere is created to bring about all sorts of tension. And indeed there is. 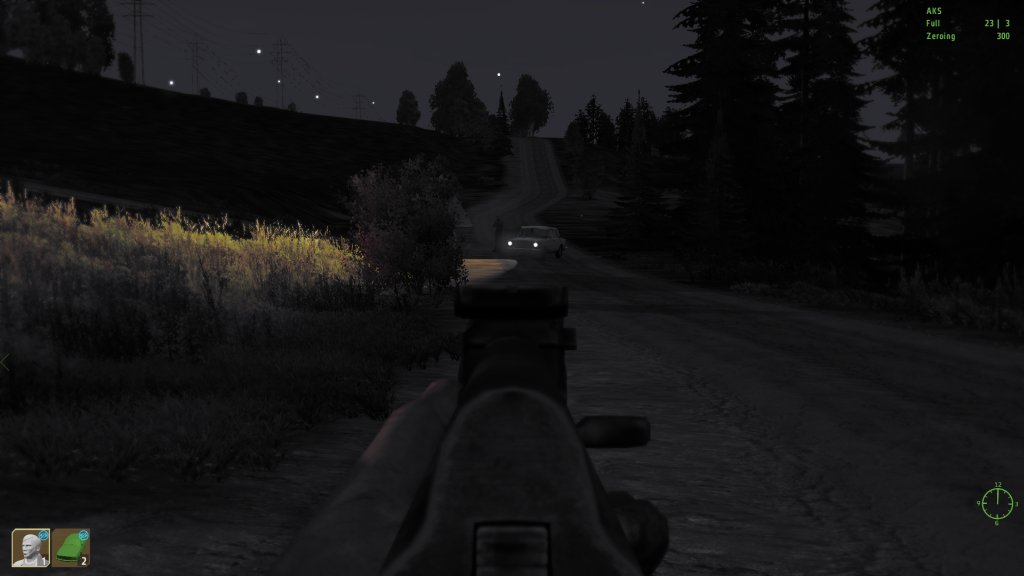 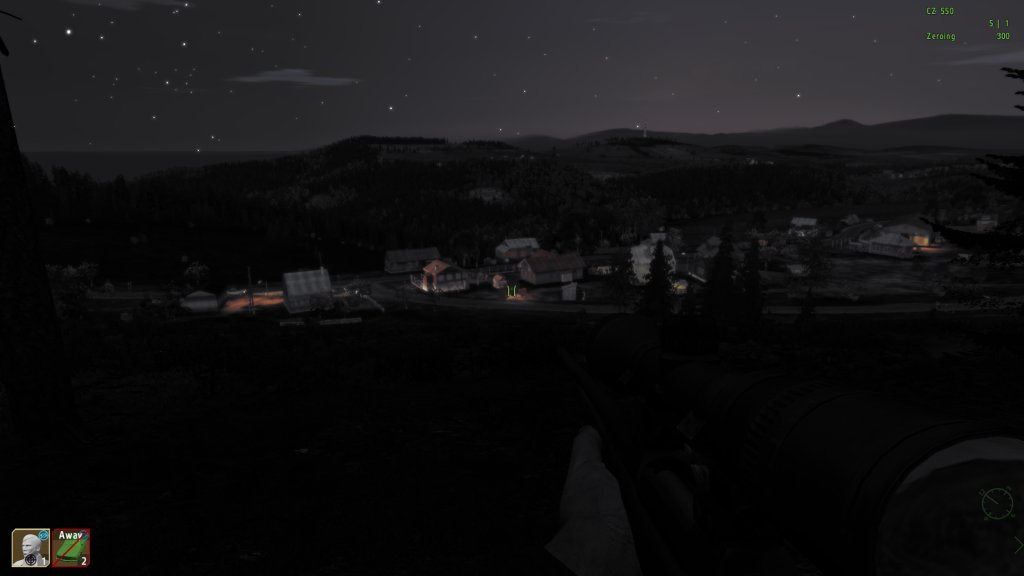 Soon enough players will be running and hiding around in dark forests and across empty stretches of fields with nothing but a crappy pistol in hand while an all powerful group is on the prowl. Even as the story continued to play its course I couldn’t help the temptation to constantly check over my shoulder in case I might have been followed. Lacking NVGs in hand actually enriches this whole situation. Eventually the task to strike down two specific targets becomes available and players get to fight back with only a small selection of weapons; silenced pistols for a ghostly approach, assault rifles to go in guns blazing or assassinate from the distance using a CZ sniper rifle. Darkness here might seem a hindrance, but simply involves carefully seeking out targets as they move and catching them off guard. This action orientated section is short but fits snugly within context of the story and I enjoyed sneaking along tree lines capping people from a distance. FTLOAF is then tied together with an epilogue to conclude the night that transpired and Piotr’s life thereafter.

Undeceived does a brilliant job at piecing together a narrative driven experience to tell a story through cutscenes, scripted sequences and voice dialogue. While light on the action and lacking any replay value, the intentions and effort are clearly strong to bring about an immersive mission.

All listed requirements are included with the mission download and only noted above to be consistent with future posts.