Felix has contacted Garrett with a job to steal a very precious item. The legendary Holy Grail is kept in St. Michael’s Cathedral and a customer is willing to pay so dearly for it. There’s enough gold that Garrett could retire a very wealthy man!

COS3 makes a small departure from its usual theme from previous entries to take place within a city environment for a change, before pointing players toward the direction of another mansion heist this series is already used to presenting by now. Ironically enough though this addition appears to only serve as window dressing up until the later portion and as a result, a huge potential for this chosen theme is then lost. Number of enterable buildings is very minimal while remaining ones are usually blocked using fake doors, nor could I find much usage for rope arrows near windows for other potential ventures. Except for the two main areas, other possible places to explore which I came across include a local pub, some apartments and two small rooms with open windows. Beyond these are many impassible doors or somehow finding our way outside the playing boundary. This lack of interiors does make for a very closed in environment, even if Mokkis’s intention might have been to avoid too many diversions by keeping players focused on what they should be doing, it can still be a little disappointing considering how large an area this city theme covers which is then simply used as a transition between the church and mansion. 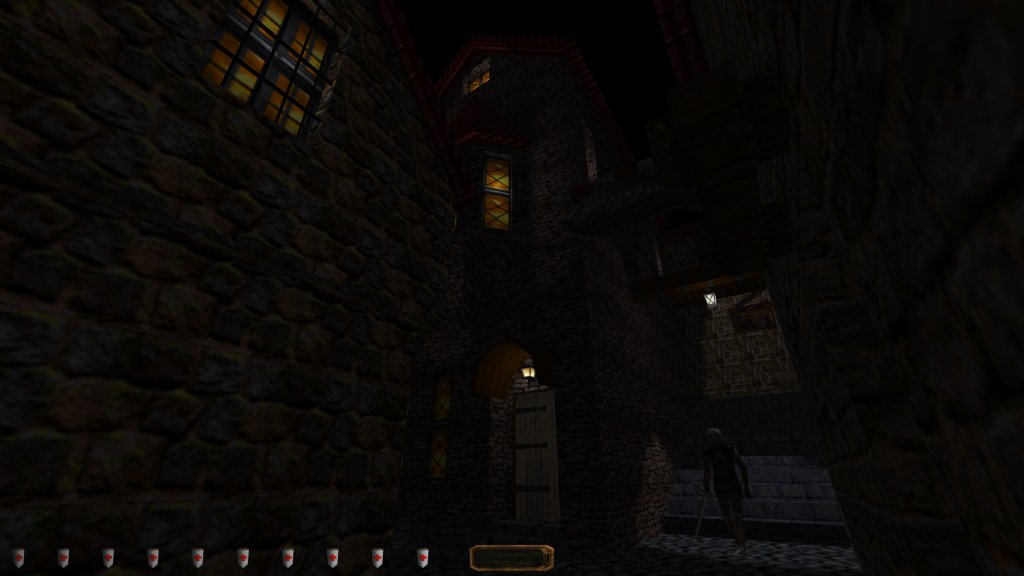 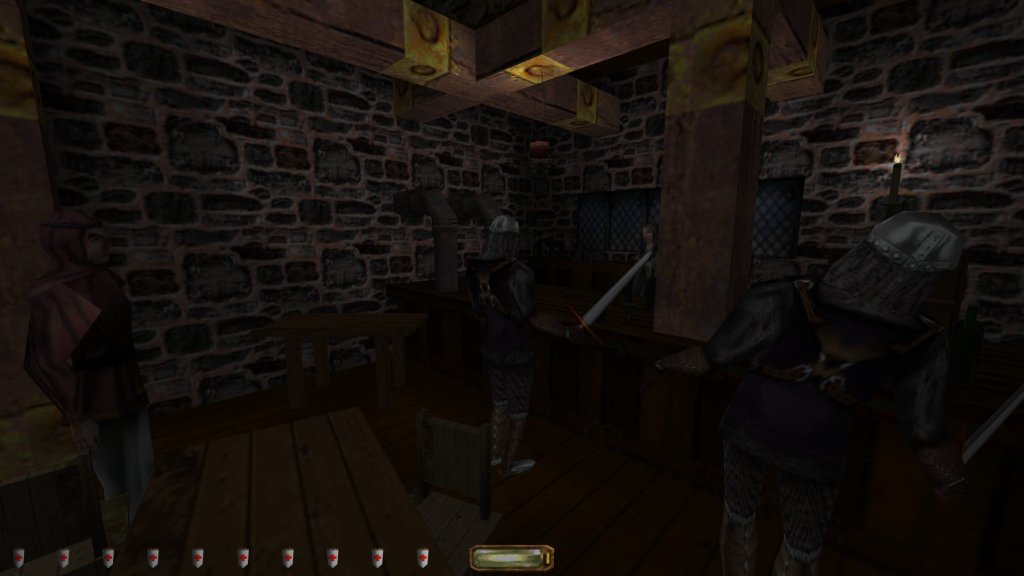 The mission will start off by plopping players near some gates expecting them to head directly to their first destination and gain entry inside this church. Seeing as our main objective is to steal the Holy Grail, I noticed that Mokkis also chooses to disregard regular Thief lore by going for Christian themes with some Satan aspects thrown in there overtime, instead of using an already well fleshed out Hammerite faction which might bother some players. A situation will eventually arise that leads players toward a mansion where gameplay then becomes more focused. Not that any sort of challenge increases however with a low patrolling guard count inside and the layout being another donut shaped hallway while a few rooms diverting off its sides and a dining hall made a central feature, leaving plenty of hiding spots and opportunities to sneak around unnoticed. Upstairs uses a cross shaped hallway instead which was quite fun to slip through into the Lord’s chambers without being caught or dousing any torches, while a guard or servant occasionally make their rounds here. With a bit of timing and quick movement, no lights need to be put out, but doing so will conceal a great deal in shadow if found in a bind. 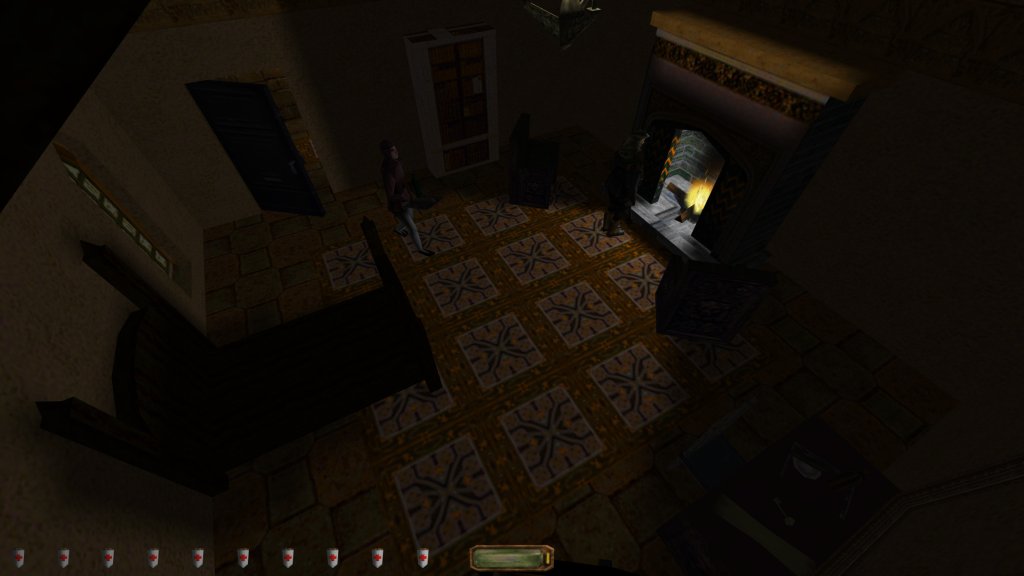 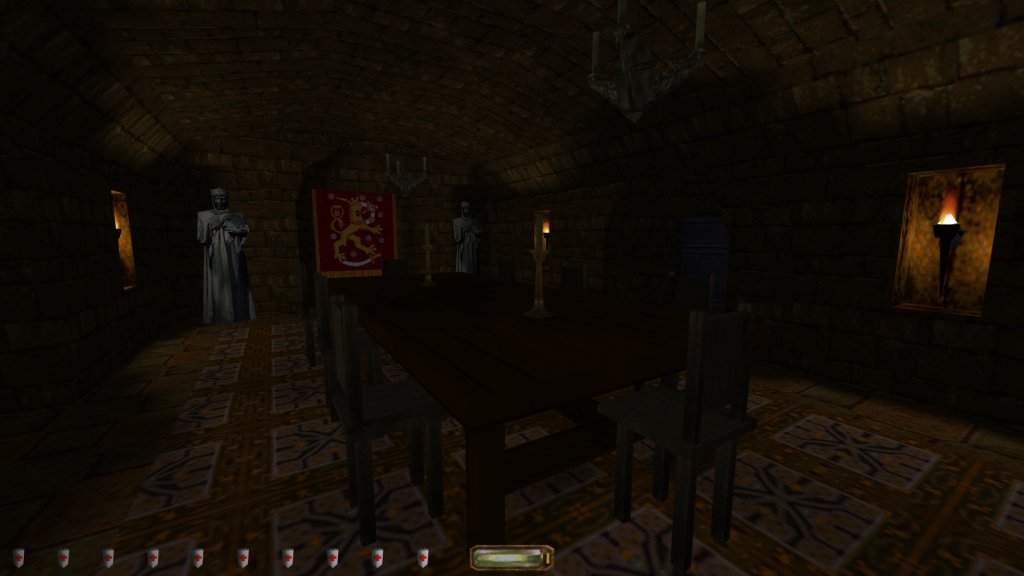 Despite being the third mission within a series, a very noticeable lack of polish is still abound across pretty much every area of design such as misplaced or misaligned textures, objects sunk into terrain and the possibility to break down fake doors with a blank wall staring right back at you. Even those awkward sound propagation issues rear their ugly head once more for doors and certain ambience being cut off when walking away from its source. These problems could potentially be bothersome while others can be ignored just to enjoy the experience itself. Though gameplay does have a few minor quirks dotted around. City streets should technically have been well guarded with a large number of guards on long patrol routes. While this is true to an extent, after enough time goes past these guys will eventually bundle up and begin walking together in small groups. This then makes navigation rather trivial for a long while. Visuals as a whole still remain a strong aspect of the COS series, offering a decent variety of building shapes and styles while interiors remain distinctive from one another.

While the city segment loses it potential for providing little else than window dressing, COS3 is still a solid, easy going mission but again lacks some needed polish in many places. The mansion appears to be its core location and offers some nice moments to ensure an enjoyable experience.