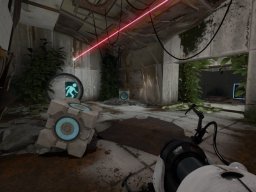 Introduction
Contains a few chambers which must be solved by using the existing mechanics behind tractor beams and light bridges in different ways.

Review
One of the biggest things this level does well at doing is creating chambers which make use of the tractor beam and light bridges through interesting and creative ways in order to successfully get through them. It does have a very different feel when compared to the puzzles in the original game, but by no means are they difficult to execute and will only require some thinking beforehand. Each chamber focuses on a specific element rather than mixing them up with the other types. The chamber for the first puzzle has especially been designed well where you will find many parts constantly diverting that you wouldn’t otherwise know were there until you’ve progressed. Finding those areas play their part in the puzzles too for later scenarios. The laser puzzle is also quite nice by using several cubes in order to redirect the beam to a specific spot, while putting up with many twists and turns. Design is really nice, plenty of depth and variation to each area, but like a lot of the first wave of releases due to experimentation it uses a mix of new and old styles rather than a clear focus on where to set the scene. 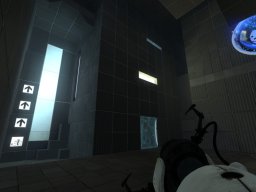 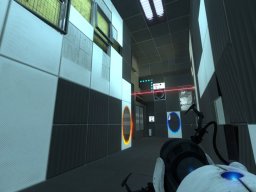 Conclusion
Creatively uses the existing mechanics to put a fresh spin on puzzles and looks good all round.