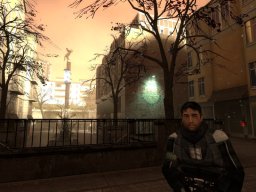 Introduction
With the Citadel on the verge of a catastrophic meltdown, Barney and Gordon Freeman are trying to escape City 17 when their plans take an unexpected detour.

Review
Sebastian doesn’t exactly offer anything new to the table that we haven’t already seen before during the events of Episode One, reusing a few similar elements yet again only with an alternate spin on things. The overall theme is one of them, having you once again travel through the abandoned halls of a hospital in order to find an escape route. Only this time, Alyx isn’t there to tag along. Instead we begin with Barney by our side in the middle of finding a way out of the city on the brink of destruction. But things don’t go as according to plan when an uninvited guest interrupts the party. The two of you make a quick break toward the nearby hospital and despite having plenty of time to do so, Barney doesn’t come with you. This time you’re left on your own from here on out starting with the underground parking lot. It is here we get one of those familiar scenarios after a bit of hunting around the lower levels in order to restore power. During this event you must fight against a horde of zombies in the dark while waiting for the elevator to arrive. The biggest plus here though is the limited requirement for the flashlight with a nice bright section next to the elevator while the zombies come charging at your from the darkness. You can also make use of the hopper mines, whether planting them at key points or acting like grenades. You’re also given a turret down below which can be carried here for additional assistance and perhaps along with you on the journey upstairs. If things get too rough there’s a nice side room to jump into, especially with those troublesome zombines. 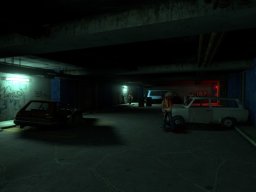 Upon reaching the main floors of the hospital, that bothersome Strider never knows when to give up and has decided to stalk you from outside, using the nearby windows to shoot down the hallways while you need to make use of the surroundings for cover as you move on ahead. There’s plenty of this cover about and it’s neat switching from pillar to pillar trying to break free from its line of sight. Besides from that nuisance though, there are more zombies and several Combine troops around who will also get in your way to slow down any plans of escape. They’re not much of a problem really, the long corridors provide enough time and space to gun them down and many sides rooms to retreat into and perhaps grab the various supplies hidden here. As far as design goes, it’s high quality and pretty solid throughout while not standing out much structurally. The hospital has plenty of shape and looks as one would expect from it’s layout. What does stand out is the lighting and how it helps makes certain places look that much better, adding a bit of contrast in areas while at other times directing the player in the right direction naturally. The experience is then rounded up with a final confrontation against the Strider which has been nothing but a pain during your journey. The fight takes place on the roof while hopper mines are dropped into the area, which are used to throw at the enemy. I have mixed feelings for this section however. The concept itself is fine as not only do you need to be careful but risk coming out of cover to throw one of the mines. The frustrating part is the lack of space behind cover, how often the Strider shoots at you and the need to leave safety in order to pull certain mines free. The biggest annoyance is death from a mine in your blind spot, unable to react in time since the mines are dropped in random places and may roll and hop around. They could be right around the corner and it’s hard to take things slowly while being shot from behind. 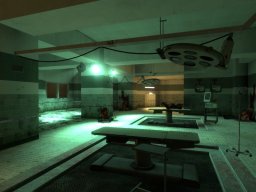 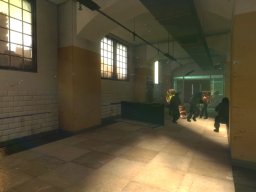 Conclusion
Sebastian may not offer a lot, but what it does do is provides a solid experience, good visuals and some spins on existing gameplay scenarios.