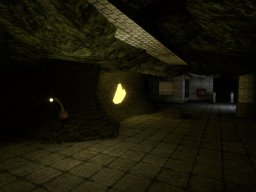 Introduction
Almost a decade after the Black Mesa incident which opened up the portal storms, you find yourself trying to cope with its aftermath. Creatures appeared out of thin air. They came without warning and swept the world. It is during this time that you find yourself in your apartment, alone. For no apparent reason, you’ve been approached in your dreams by a man in a suit. Having no idea what is going on, all you can do is try to stay alive.

Review
I found that 1187 came across as an awkward mod to play through. This is because of the various conflicts between the good and bad aspects of the mod where I often found myself questioning whether or not I’m enjoying the experience. I pursued on as I thought there was definitely something good to be had here and I simply wanted to see more, trying to put the negative feelings behind me as much as possible and play for what it offers. Only for something else to get on my nerves.

This isn’t going to be your regular Half Life 2 experience, as a number of changes to the core mechanics have been made, along with some new features which lean mostly on the combat side of things. The team behind this have fortunately included a crash course for you to jump into, which goes through all these changes and additions as to how they work, allowing you to get a feel for them in a live fire demonstration. I’m very glad that the player view modifications are optional. I had to turn off “View Realism” because I knew within the first few seconds that I was going to give myself a headache. I’ll never understand why it is considered to be realistic to have a loosely attached head flailing around every time you move. It’s a problem that exists in retail games too. 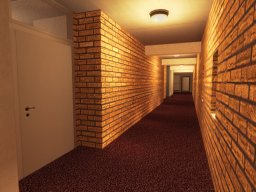 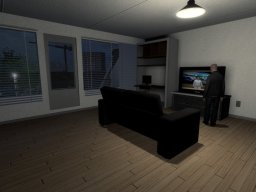 The crosshair has been removed for this mod which may force you to use the new iron sight feature for every gun. You can still shoot as normal though, as long as you know where the centre of your screen is. I don’t have a problem with iron sights in general, but here they rarely proved useful as I got just as good results from not using them and only found them effective with the rifles. There is a selection of new weapons, but the choice of firearms is limited to a standard selection of bullet based weapons with little actual variation.

Melee can be tricky to use, more so against headcrabs than anything, especially the fast variety. The lack of a crosshair and slow hitting speed works more against you than otherwise. One time where my only weapon was a knife against a fast headcrab resulted in either death or major health loss. Of course it means getting used to the new system, but even the familiarity for melee is gone, a change that might not have been needed. Firearms have also been given the ability to use melee with a separate assigned key, which can be pretty handy in dire situations when enemies get too close for comfort.

I had to reduce the difficulty early on because I found enemies took far too many hits before they dropped dead, as I found myself put entire pistol clips into zombies for very little results. Even Houndeyes like to take a beating and the tactic used to stop their charge doesn’t work here either which was useful in the first Half Life game when surrounded by a pack of them. This doesn’t made things hard. It just makes it tiresome and boring. This is especially true when considering the odd spikes in difficulty where a large amount of enemies will be suddenly thrown at you. 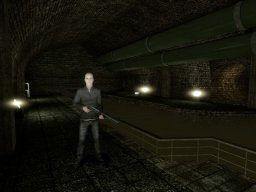 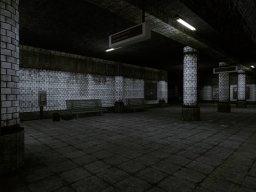 During the majority of 1187, you’ll be accompanied by John, who will try to lend a hand in combat as long as you look after him. This means a lot of babysitting, but I didn’t have any hassle during my experience even though he wasn’t much of a help, besides taking out headcrabs and barnacles to save me the ammo. The times you need help the most, he’ll likely be sitting elsewhere doing nothing as part of a scripted event, leaving all the dirty work to you. I never minded his company much, rarely giving me any gameplay issues, and having a second view on matters definitely made the progression more enjoyable.

The new voice work is done well, giving the characters some personality while working alongside the animations fluidly. Disappointed with the lack of subtitles though, which is especially annoying if you miss what is being said when characters decide to start a scripted sequence without you knowing. I like to explore and dislike it when I turn around to find that John has walked off somewhere and is talking to thin air. I feel there should have been sooner cues as to when one is to occur or perhaps wait until every character reaches a specific spot where it’s likely you won’t wander off too far.

Visuals throughout the mod can look very nice which consist of a small variety of locations from towns, sewers, the subway and a journey through the woodlands. Each location is detailed enough to make them feel like real places with just the right amount of details going for them, and avoid looking bland. The sewer section has a good ambience going for it too with the colour scheme comeing across as dark, gritty and damp. Some cosmetic changes made to the zombies also ensures a much wider variety of different clothing to avoid repetition found in the default texture and gives a better sense who the victims are. Lighting as a whole comes across as dark, even with the ingame gamma maxed out, forcing me to rely on the flashlight a lot of the time. One advantage is the unlimited battery, but you can only use the flashlight when carrying certain weapons with one attached. Because of this, I avoided using most of the other weapons because I could barely see what I was trying to aim at in many locations. 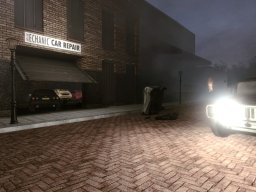 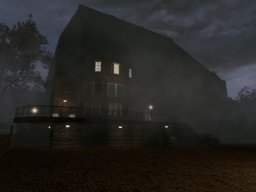 Levels can be rather confusing at times, with a lack of focus and clear progression. Towns are large and can be navigated thoroughly, but this will lead to a lot of pointless wandering around and can be unclear as to which direction you should have been heading in. One occasion in the second chapter with an odd design decision, you needed to find John a spanner to unlock the front door despite having a perfectly good crowbar in hand and felt like pointless padding. Another example is the level set within a dark manor, you’re expected to find keys to unlock specific doors. The first problem is that these keys were very difficult to spot, and the second is that you need to try out every door to find out which one it unlocks. Everytime. In some levels, you need to rid a large area of enemies before you can proceed, having to find that one enemy that got themselve’s lost. There were also two occasions where the framerate would drop enough to make it unbearable to fight against the large amount of enemies, especially true during the final conflict forcing me to wait it out on the road while enemies come to me instead. Both occasions taking place in the large, foggy town levels.

Conclusion
I have many love and hate issues with 1187, while I mostly enjoyed the progression between locations, characters and how they present a Half Life 2 prequel, it tends to fall flat on the lack of direction, lack of polish, odd decisions and other issues presented in the review.