Lair of the Dragon Ogre 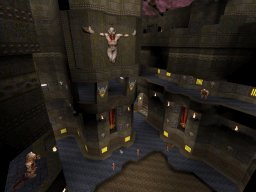 Introduction
Lair of the Dragon Ogre is a simple and short length level set within a large, dark metal based fortress, where you will face off against mostly Knights and Ogres. Nothing too special or out of the ordinary, but an enjoyable level.

Gameplay
As already mentioned in the introduction, this here isn’t exactly a lengthy level, which should last you atleast under five minutes of gameplay. Nothing too out of the ordinary where you will be fighting small waves of enemies throughout the level, but don’t expect too much of a challenge either as things are fairly easy to accomplish. Simple gameplay yet an enjoyable level to waste a few minutes. 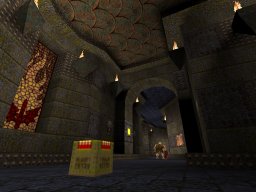 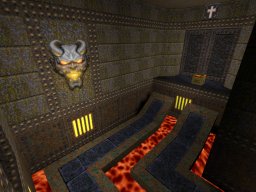 Design
The level takes place within a brown and blue metal themed fortress, where you will expect to see some solid design and decent structural design throughout. The main hall area is large and grand, while the other locations remain fairly small. There is also an interesting atmosphere created through the usage of lighting in the tall corridors, creating an eerie touch. 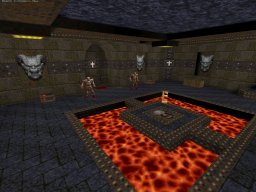 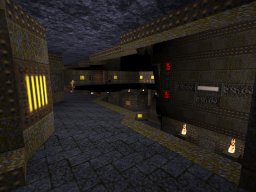 Conclusion
Short and sweet with some simple yet enjoyable gameplay, and solid design throughout.