Gameplay
The action in this one is rather simple and dull with plenty of supplies for the player. However it does have some interesting things here and there such as the generator a little while later. The map also seems to be unfinished but somewhat playable. I couldn’t figure out how to get into the last area where it ends though.

Design
Above average with some decent structure and texturing but still could have been better, and some areas did look quite bland as well. Lighting is moderate yet quite boring since it doesn’t add any mood to any of the rooms or the outside areas. There were some issues with being able to see into the void under some stairs yet on the others it doesn’t have this problem.

Overall Conclusion
Quite dull, but still playable with above average design. 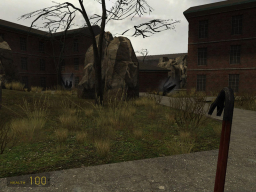 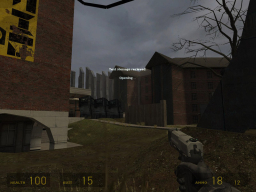