Gameplay
One thing that makes this modifaction fresh is the new voice acting made for it which is done well compared to a few other releases. Fresh because the cutscenes throughout are worth listening to instead of the same old default character voices that will eventually get boring to hear again. The mod is split into a few chapters but overall I found it to be a short but it remained solid until the end with a few bugs here and there. The first level is set on a boat with an introduction to your mission from a rebel before the combine helicopters start to attack, and this section remains easy. From then on, you’re stuck in a combine prison and must escape with the character you were told to save by the rebel at the start. Lots of cutscenes and interesting ideas to continue onward with the gameplay such as the large pipe idea, without spoiling anything. You’ll be fighting several combine soldiers and a few zombies and barnicles later but nothing too difficult. As you venture into different areas you’ll keep coming to some nice ideas that will keep you immersed to play on, especially the elevator shaft sequence that was a great highlight and the scene before that too, which I won’t spoil either. I haven’t found all the bugs as mentioned above, but I expierenced one after the large pipe sequence where the other character following me wouldn’t continue his sequences making it impossible to continue forward, which will happen if you go ahead of the planned flow. It happened to me when I pressed a console from the other side of a gate, so avoid doing this even if it looks possible.

Design
The structure throughout the modifacation isn’t the greatest but it’s decent enough that creates good levels throughout the few chapters and giving an instant idea of how the area is formed. All the corridors and other rooms were a decent size that didn’t cause any faults in some of the fights but a majority of it was detailed using a lot of props that made it a little boring. However the texturing was good enough like the structure and fit where they were assigned to and used well. Lighting was moderate throughout but the red lighting was quite annoying in spots, since I don’t like the intensity of the colour used especially with my eyes. There were a few atmospheric locations in a few levels, some of them are the view from the ceiling windows and the other one is from the tower the sniper is from, it made the location feel huge. Secondly, the way the facility is falling to bits adds to the atmosphere again that anything can happen which makes things more interesting. 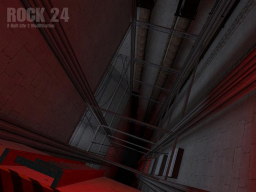 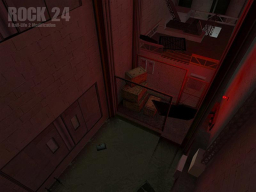 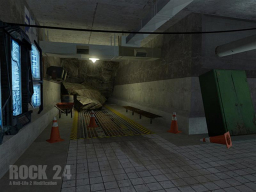 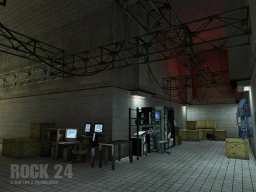