Gameplay
Quite a short map, but it’s fun to play through with a little bit of difficulty due to a sparse amount of ammunition given to the player. Although there may not be a lot of it, there’s plenty around and not all the enemies have to be killed. You’ll find yourself resorting to the pistol a few times as well. A simple run and gun style of gameplay throughout until the end. The player is given enough health but sometimes can be dropped quite quickly if not careful enough, but the map has a few secret areas with goodies to help you out a lot.

Design
Above average with some decent design and good texture choices throughout. Shading is average with good enough lighting but nothing too realistic. Areas are made large enough for combat and the structure has some good shape in it. A few other details that were a nice touch such as the machines outside at the start, when taking the elevator up. 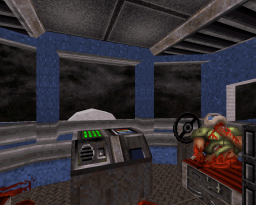 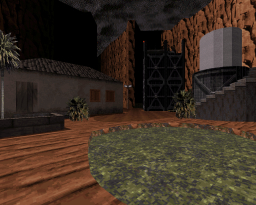