The mod starts with how the “Red Letter Day” chapter in the game originally starts. However, things change during the teleportation process and you appear in an alternate timeline. The mod is mostly action from then on, both small and large fights with combine soldiers or striders which can be tricky to beat at times. Around the start of the mod, the author throws a lot of combine soldiers at you near one of the gates you open which is very challenging to get passed. Further in, the fights do get slightly easier but harder again near the end. During the play through you get teleported about in the past and future to see events happening which can confuse you at times, but interesting. There can be too less ammo and health at some sections but enough much later on. The mod also has four different endings, depending on who you kill near the end and some seem interesting.

Very much like how Valve designed their levels which a good structure throughout many
of the levels yet a few aren’r. A lot of areas tend to however be very blocky, especially the outside locatations which was a shame. Props have been used well and not over done and fit in the location they’ve been placed. Texturing is also fine, mixing well with each other and the room type but nothing too special. Lighting is above average and always
has a light source somewhere which is good, sometimes accurate to the type of light model it was. Many areas are very open spaces, plenty of room for combat and pretty much detailed so they’re not too empty.

An interesting alternate timeline to play through with tricky gameplay and above average design. 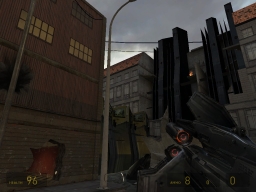 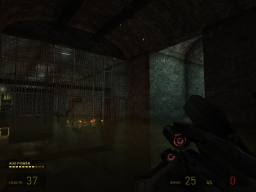 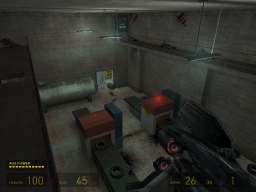 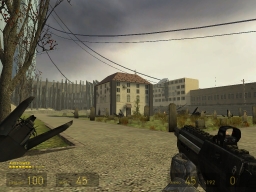