The Elder of Murwynd Woods

Blake Stormarrow is an agent of the King of Theraen who has been sent to Murwynd Woods to meet up with Sultor, another agent in the same service, to investigate the strange happenings around the region in the aftermath of the Mount Grimrock’s explosion.

Players will be taking the role of Blake, an already predetermined character build as part of the storyline, setting off toward his current mission. The agreed meeting place was an unused house beside a river where his partner awaits to begin their investigation. It soon becomes apparant that Sultor has already made way for the ruins as stated within a report he left behind, providing an obvious hint to our next destination. Players from this point on must tackle any dangers they face ahead alone. This may sound daunting, but starting out at level 7 with points assigned to swords and magic, Blake’s character build is tough enough to withstand many encounters against Snails, Herders and undead apparitions. Skuggasveinn approaches their dungeon crawl a little different from those typically expected in Grimrock, showcasing a few additional features I’ve seen for the first time here, which no doubt may have been utilised in other older releases. Two of these offer functions for the sake of convenience, placing a new hud section in the upper left corner with quickslots for health and mana potions automatically fetching them from your inventory. Next to those is a button switching to an alternative equipment selection if players desire to wield different weapon sets. Other features do exist that are more integrated into the actual dungeon crawling experience. 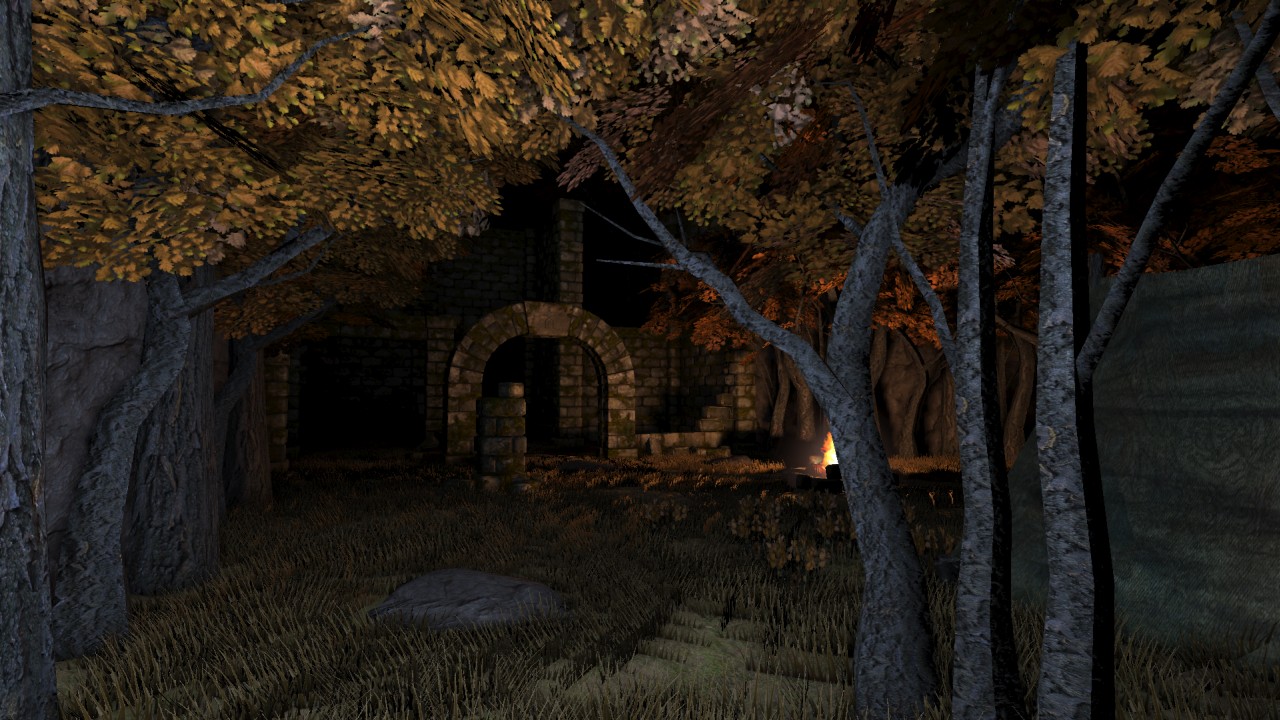 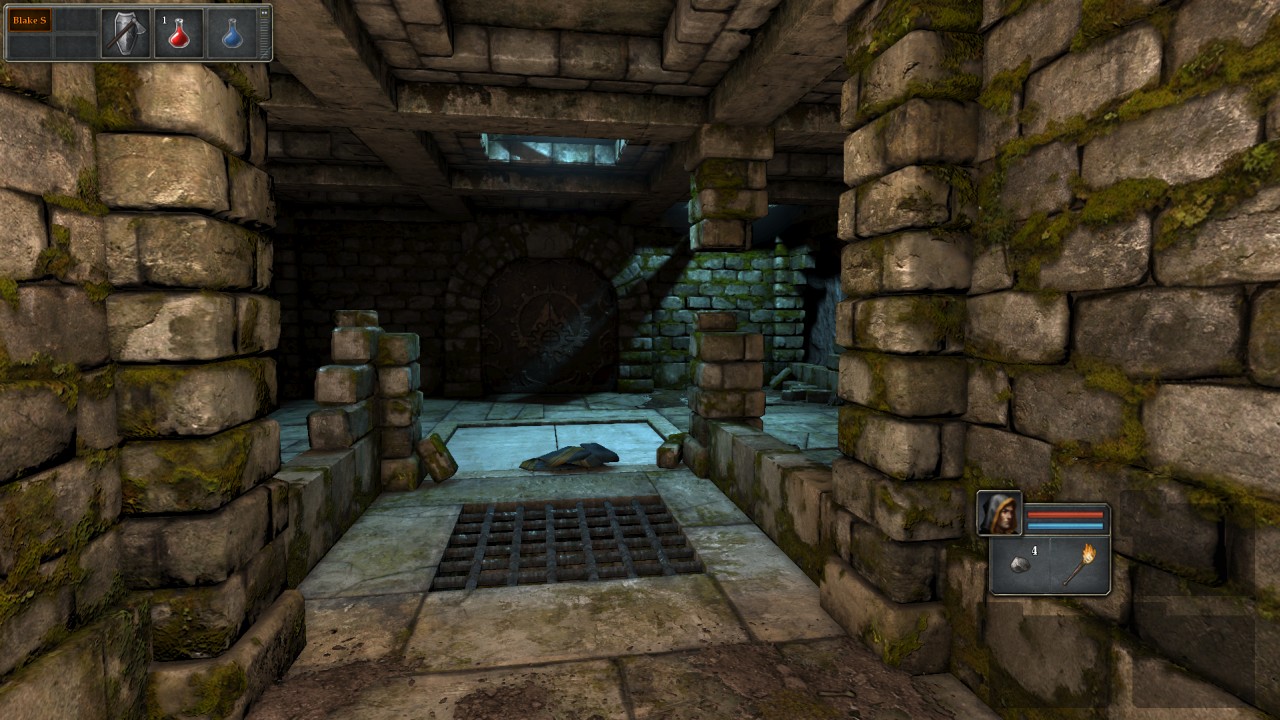 In an effort to stand out in the crowd, this crawl gets experimental with the perceived limitations of regular Grimrock, creating an outdoor setting within a game otherwise known to remain shut tight inside dungeons. While not reaching the heights available in Grimrock 2, the attempt still pays off well using a custom dark forest wallset. What ties this environment together is a sense of place thanks to its night time ambience, a river flowing nearby and dungeon components suitably matching the aesthetics like twig-covered trapdoors. For now the woodlands won’t serve much prominence until much later, eventually forcing players to make their descent into the old Ruins of Lythrin. Here the focus on traditional exploration takes root in familiar territory, not without some nice twists along the way. Calm loneliness is one of those key aspects these ruins handle well when creating an atmosphere, contrasted against a growing tension and the constant back turning with each trickle of fear. One wrong move and it could all be over, you are alone after all. Skuggasveinn accompanies the ruins using a new music track, which, whether intended or not, plays over the default dungeon ambience in sync as if a variant and enhancing an already established mood. 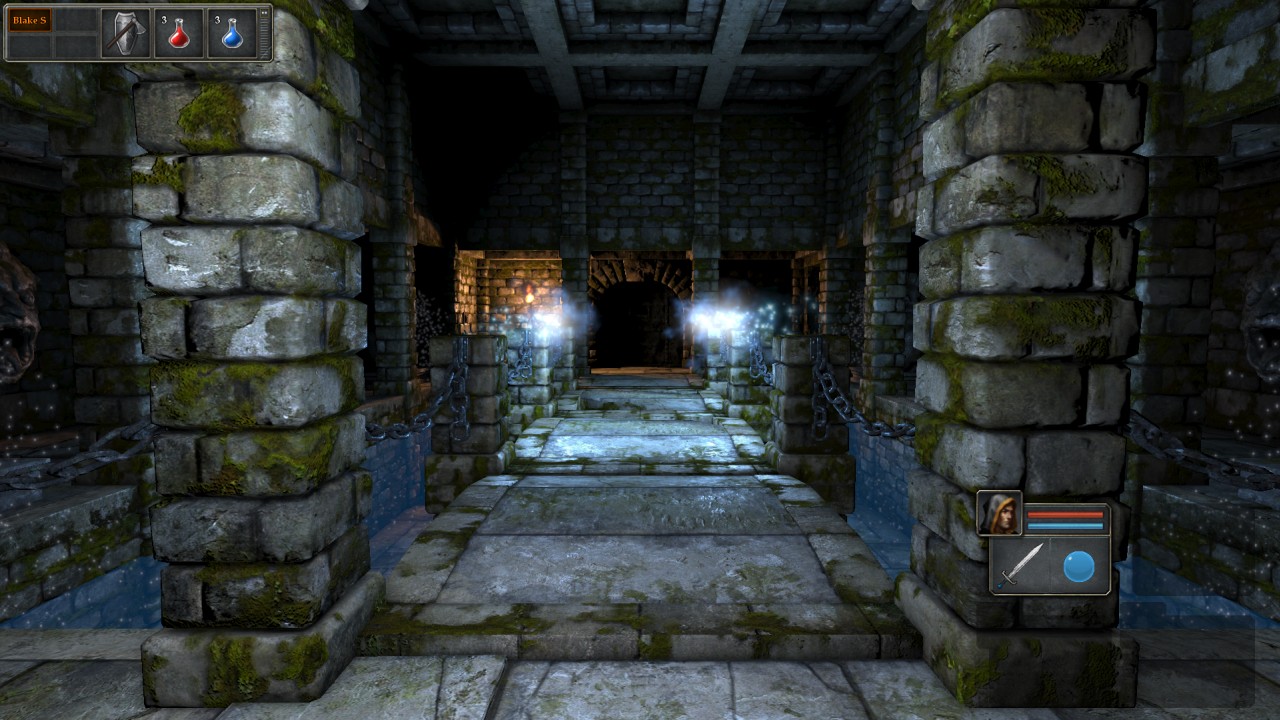 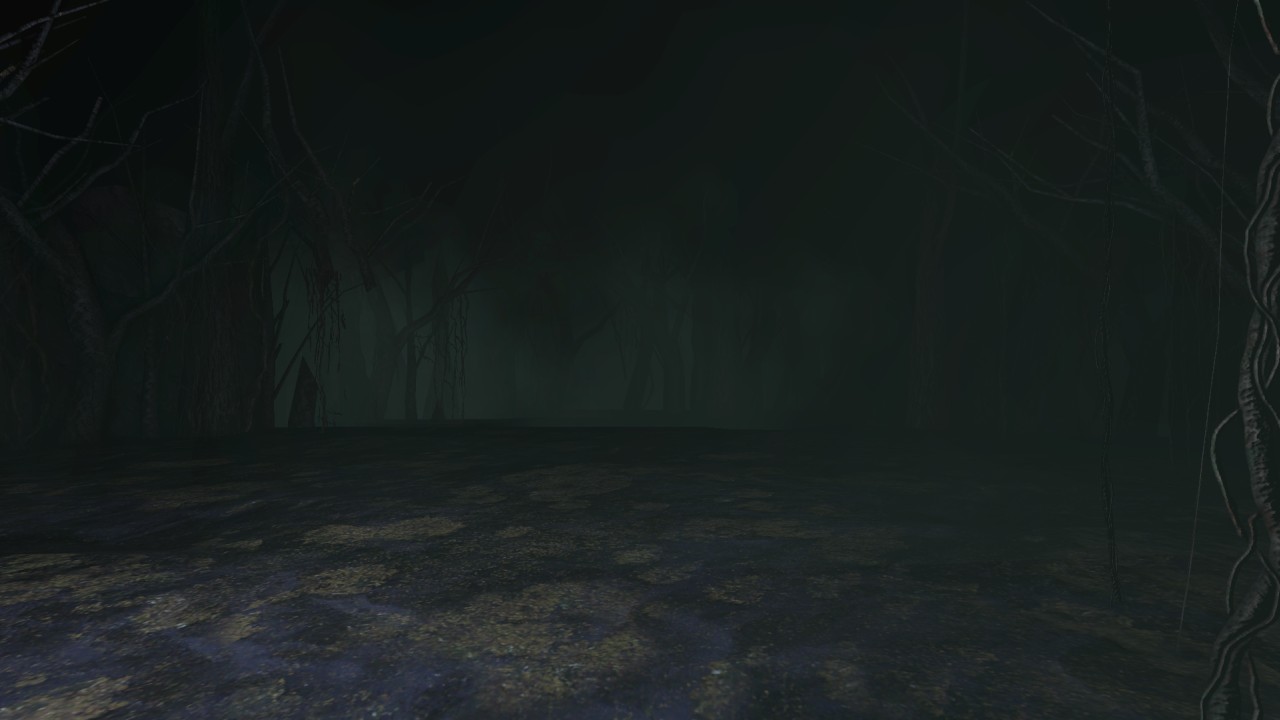 MURWYND takes a preference toward storytelling and therefore aims for a linear progression with only a few opportunities to divert off the given path. Dialogue windows shall appear during the journey to depict character thoughts or conversations based off current events, for example upon finding Sultor’s cloak, Blake will comment on where his current whereabouts may possibly be at and providing another clue what players should be doing next. This isn’t an incredibly railroaded experience however, while definitely a more direct focus compared to the original game, there is some degree of flavour to break this up from small puzzles to secret areas. Hunting down the latter for extra gear can be vital to keep ahead of opposition and make the first two hours flow along smoothly. These can be found all over the place, commonly behind loose brick walls that may need some a persuasive nudge. Other secrets require specific objects to unlock a new path with rewarding treasures waiting for their new owners. I actually became a little obsessive trying to locate every niche simply because I were engaged enough to care. There was one particular area I couldn’t figure out how to access until much later, teasing me with its existence as if I missed something obvious down here. 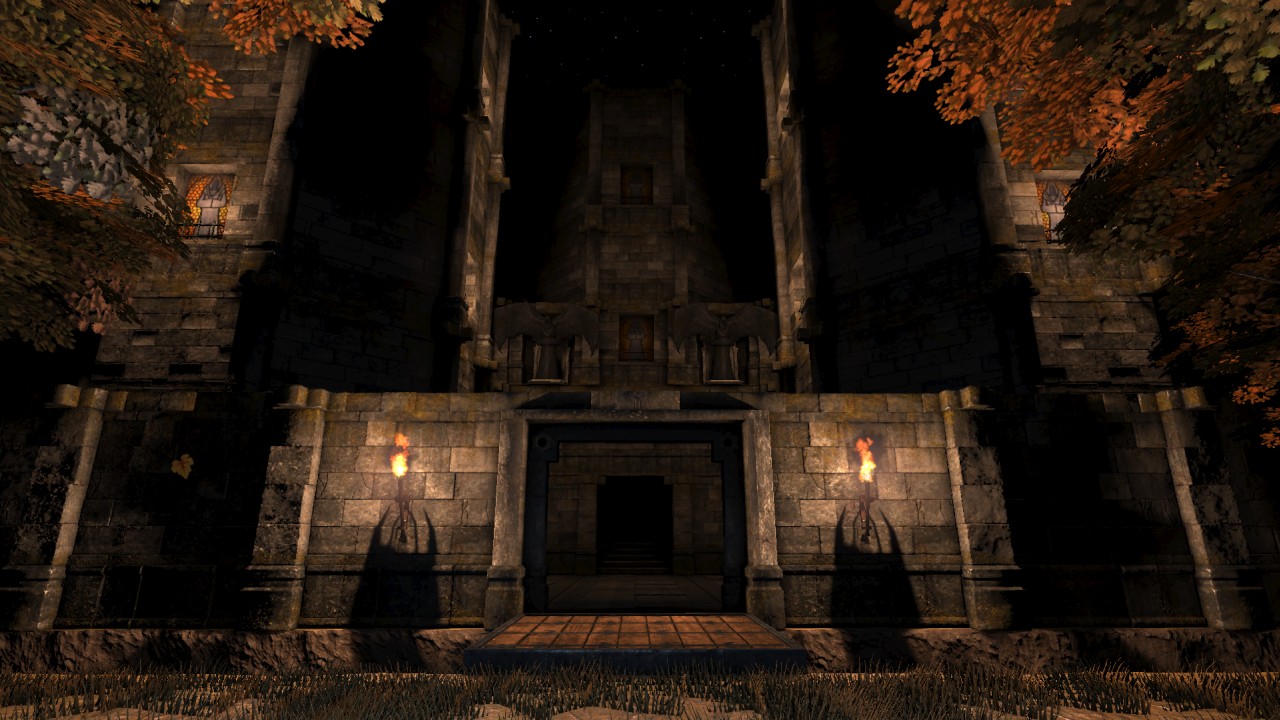 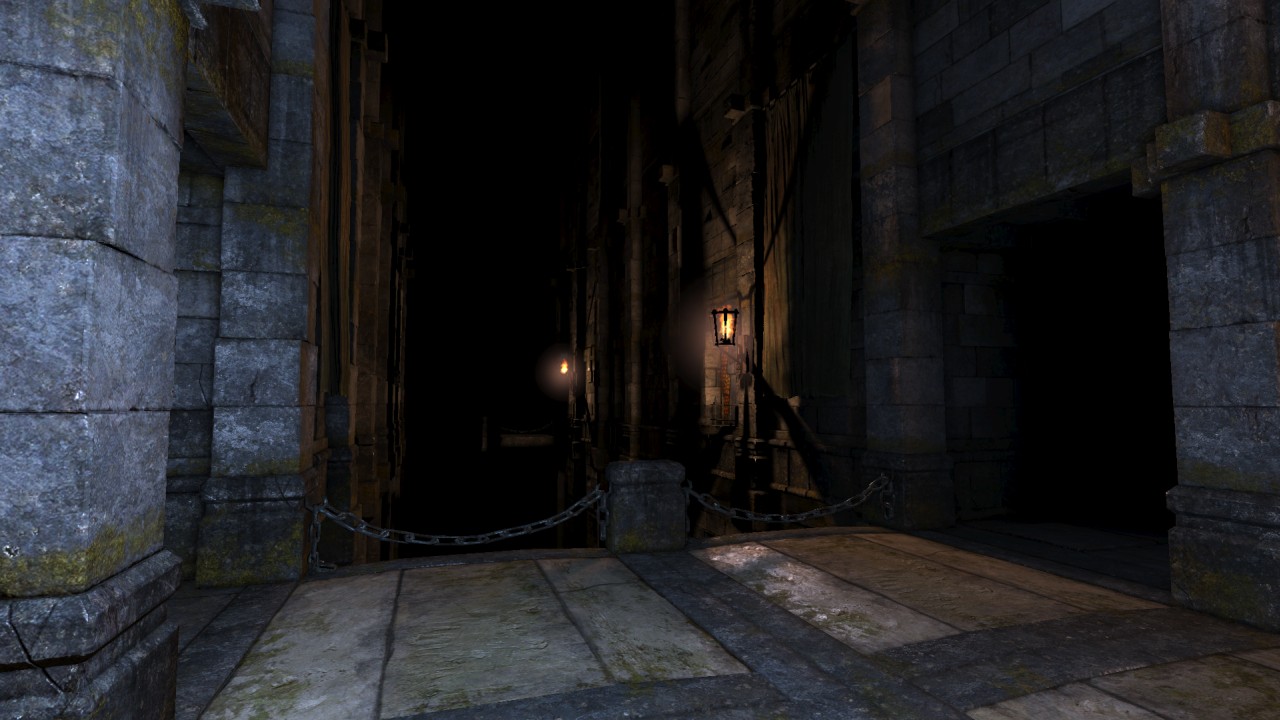 New party members can join the team assuming players manage to not only locate them, but meet certain requirements. Meeting these doesn’t require a great deal of effort either, for example one member is found imprisoned and its key is currently being held by a Warden mini-boss elsewhere. In total all three slots can be assigned, but unfortunately only recruited two of them myself. I have a theory who the third might have been while lacking the means in doing so – a good excuse for a future replay if anything! These extra pair of hands will be welcome once they tag along where fights resolve more swiftly and cooldowns become less problematic, resulting in a smoother combat pace. If players ensure their own survivability by securing any advantage, later boss-like encounters at interval moments will go swimmingly. One such fight exists near the final stretches of Lythrin after accessing a flooded tomb, which only marks MURWYND’s halfway point where different sections above ground still await; The Town of Adrian, a neat little settlement considering the exploits to limitations with accessible housing included; Murwynd Swamp, a dreary marshland with waist high muck; More woodland trekking; Various drops into caves infested with skittering Spiders; and finally Arkosa Keep, the source of all the strange activity taking place – involving a fun portal puzzle worth experimenting with different combinations!

MURWYND holds a little bit of everything within a small package, various places to explore and several twists intertwined with the typical dungeon crawl. I adored the sense of loneliness present during the early moments, slowly building up a party and eventually tackling our core objective and then escaping alive. It’s a short adventure offering some engaging gameplay. I do hope Skuggasveinn makes another release for Grimrock 2.