Somewhere in the middle of nowhere, you’ve just arrived with your car at a forgotten UAC facility. This old complex was shut down a long time ago, but something evil recently woke up.

LF is much unlike the typical affairs from the vanilla Doom 3 levels for a number of reasons, starting off with its choice toward theme and visual design which leans toward a concrete industrial style, only using metallic panels and columns primarily to break up the large amount of stone and brickwork. Everything beyond this is decorated with the usual details such as pipework, wiring and other electronics. Occasionally some pieces such as the exterior views stand out. This overall design scheme doesn’t change much during its course through both levels besides the subtle differences depending on location type and room sizes, otherwise remaining well structured and excessive with detail. Well lit environments make up another key point allowing players to remained focused on the experience and combat without any need to whip out a flashlight. Enemies are not hiding away in darkness, preferring to fight in clear view and therefore creating a level with faster pace and orientated around this action. 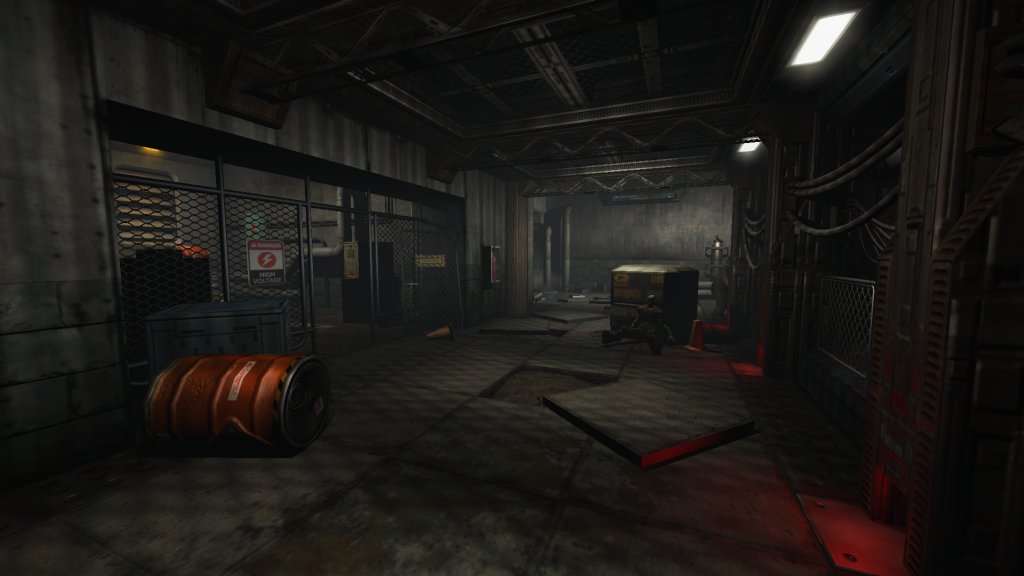 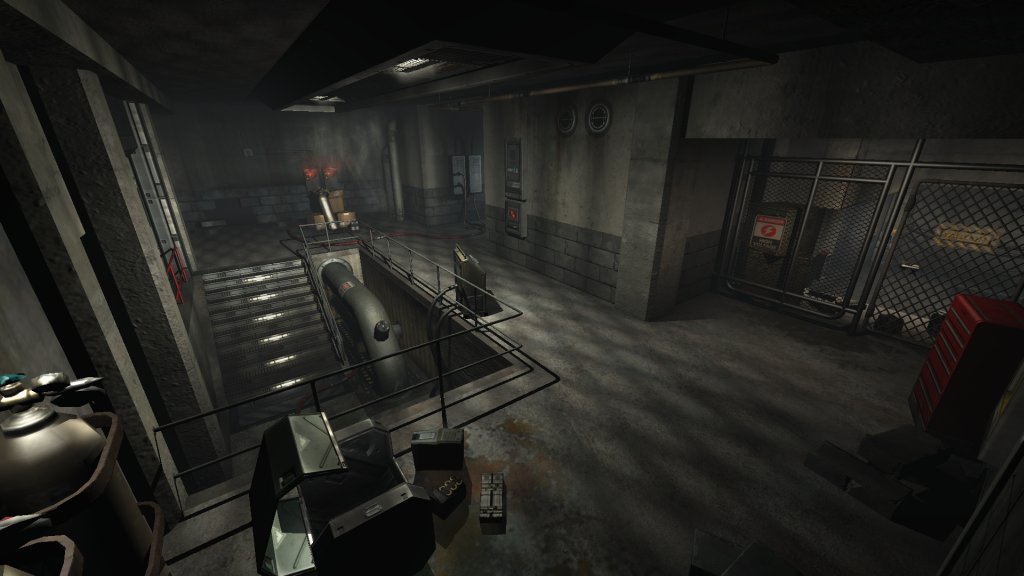 While a little unfortunate that not much was actually done for gameplay regarding the beginning outdoor segment, instead treated as a simple introduction, things are made up to players once inside. The facility layout has been purposefully built in order to throw in some diversions along side the intended path. These usually hold a weapon which can be obtained earlier than it would otherwise be available. Do tread carefully however, because the demonic threat catches on fast and will also be lurking inside these side areas too. Choosing to take these detours will then require facing off against whatever kind of encounter might await there with enemies putting up resistance upon claiming the prize. Thankfully the main path for progression is made clear through the distinctive use of a double door type, making it easier for players to plan their next route forward. 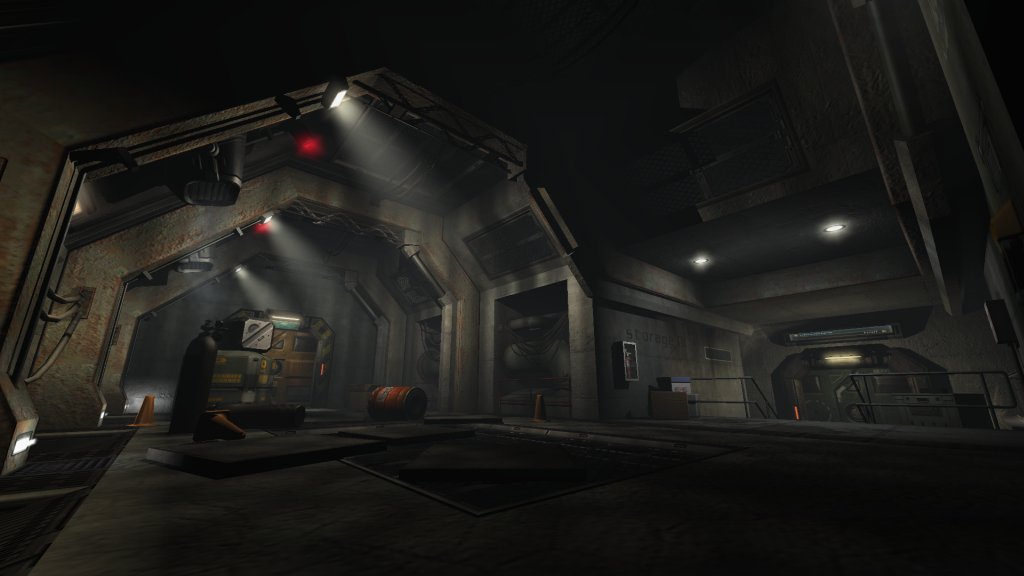 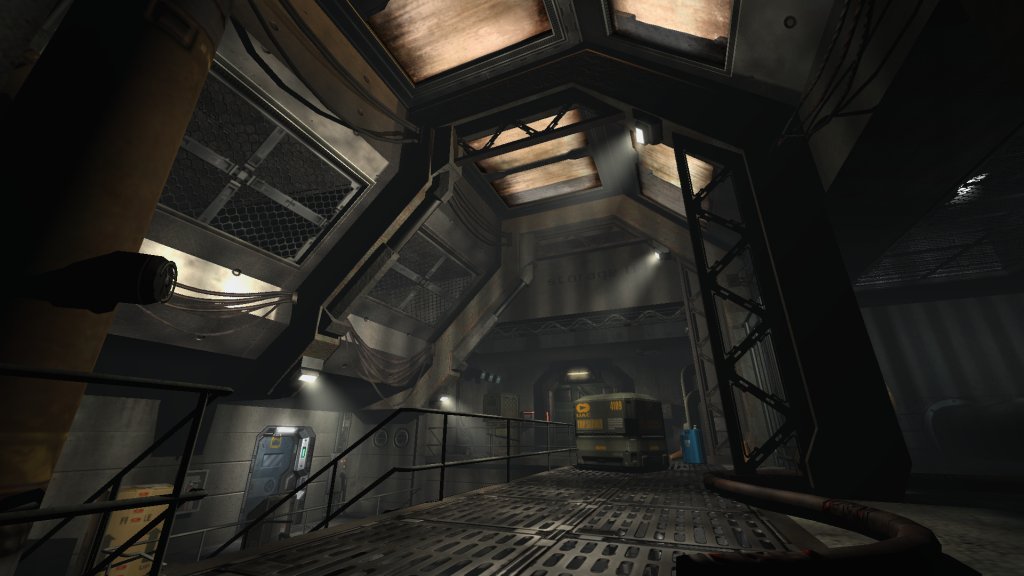 Combat is paced along at a decent rate with tougher enemy tiers being slowly introduced and steadily spreading out the action and increasing difficulty across the two levels. Enemy usage is fairly active with a common amount of spawns to keep a consistent flow, appearing out from different places such as Cacodemons busting through vent shafts or Trites crawling out holes in the brickwork. Height variation does come into play but takes a minor role here, with Revenants taking the higher platforms and Zombie guards with automatic firearms shooting from window ledges, but never anything that changes the tide of battle too significantly. There is usually always brutes to tackle against somewhere, eventually leading up to a boss fight near the finale. Ammo and health supplies are plentiful with several armour shards scattered around for extra defence. This along side explorations yeilding other goodies will help players get through the levels like a breeze. 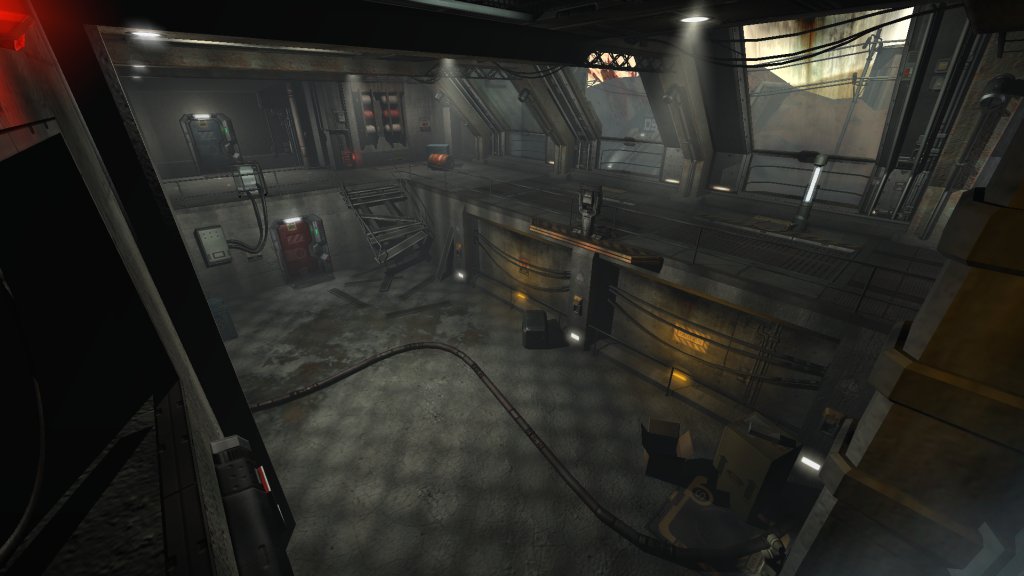 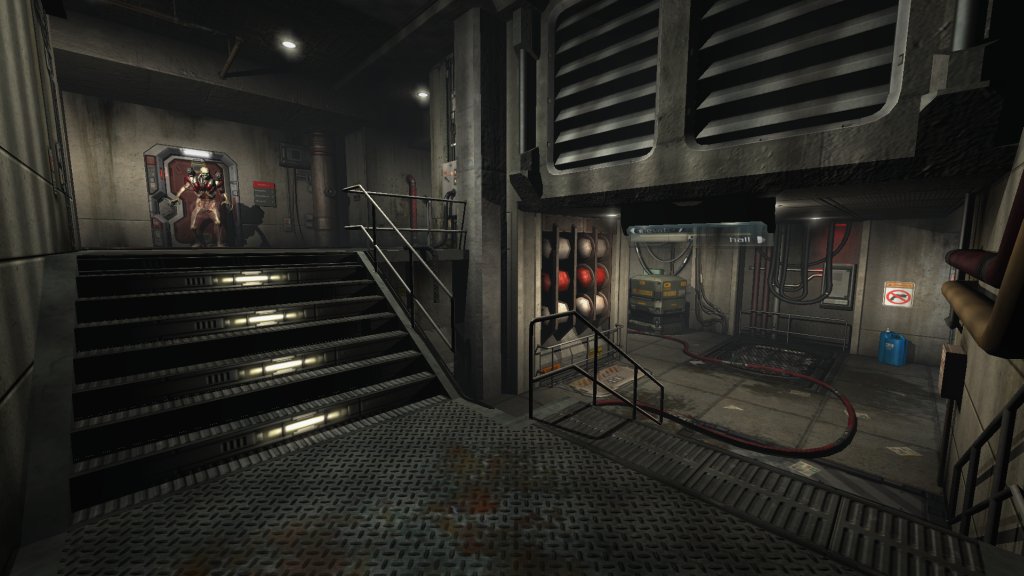 Two levels taking place within a brightly lit industrial setting using a stone and brickwork texture scheme. The action feels alive which steadily increases in difficulty overtime while many diversions along the main path help to keep things interesting.