The Sigma Complex is a secret installation of the UAC located 300km north of the Gusev Crater. Its top secret location houses many of the highest classified projects performed by the UAC. This appears to be where you have been brought to after the events of the original game, but how long has passed since then and is it finally over?

Having woken up inside an infirmary only to find nobody around and the facility seemingly void of human activity, you will be heading out to investigate these darkly lit hallways hoping to locate any personnel for answers. Things remain quiet for a short while to bring up the question as to when something may happen while roaming around to get a feel for the current area. Sigma plays very similar to the vanilla levels and remains familiar in terms of pacing by simply proceeding through areas to find a means to progress further in hopes to reach and activate the main power core down in the lower levels. There is a small problem regarding the second set of large bay doors some while into the experience, which close upon entering the area beyond and had found myself stuck after stepping back to avoid an enemy and found the original switch could no longer be reactivated again from within and locked me out from proceeding. 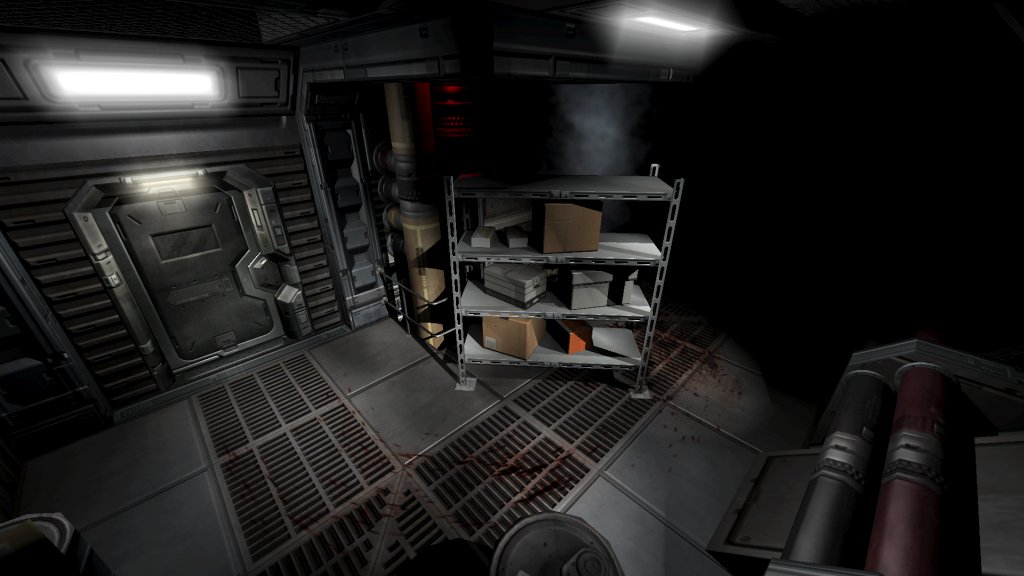 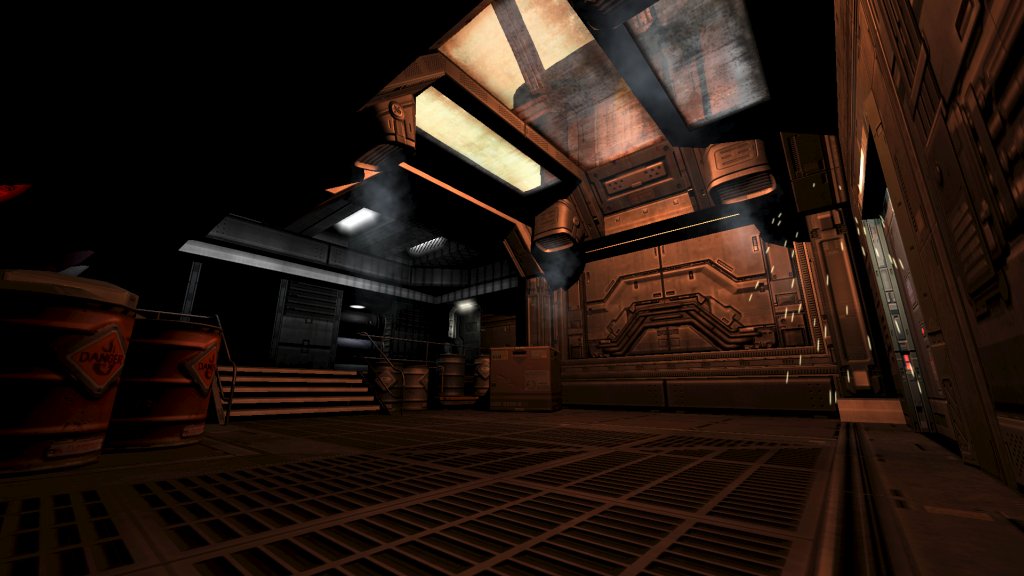 At times players will come across strange occurrences and of course later being greeted by the denizens of hell who will appear after certain actions have been triggered. Many of these fights are spread out against small forces at a time but the use of darkness and small contained spaces help to balance out these numbers for a more claustrophobic twist and doesn’t rely too much on monster closets either. Having a keen interest to explore niches does yield small rewards for those curious enough to check them out for goodies like health, armour shards and other bonuses. These do become extremely useful when combat later increasingly becomes more hostile over the course, having once found myself getting caught in a cruel pincer attack and left heavily wounded after this encounter. Ammo placement offers a good balance, providing a reasonable number of supply caches in suitable places, furthermore encouraging the use of different weapons by being selective in ammo type that is handed out. 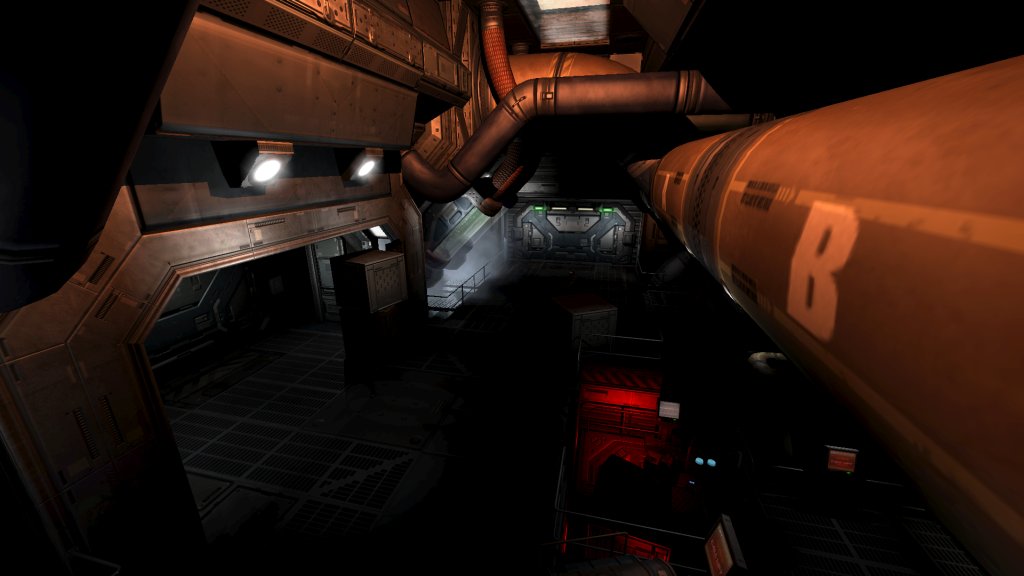 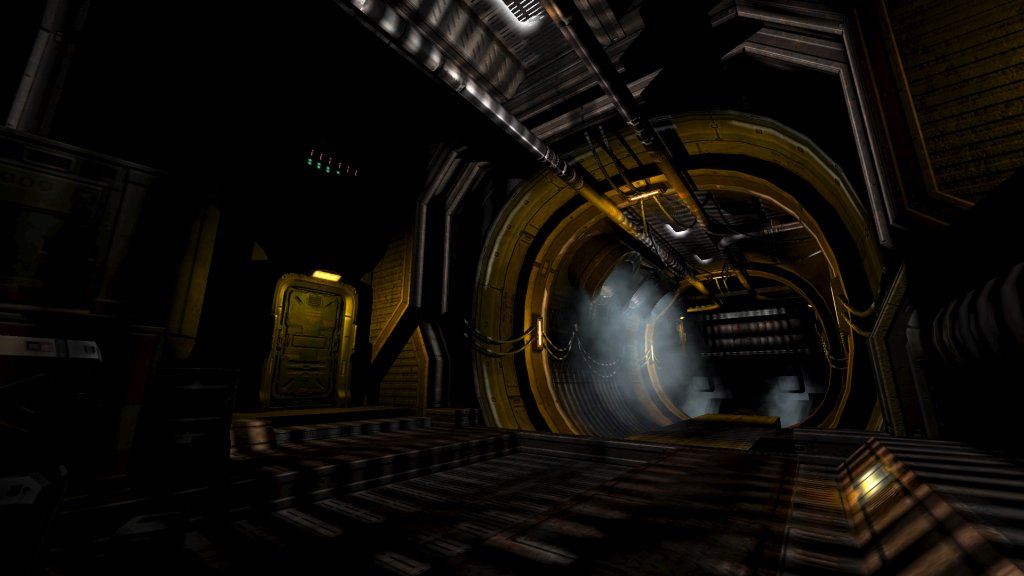 Sigma is split into two distinctive settings following an industrial theme, with one half having players wandering around the usual clean and high tech corridors and the other half deep underground, creeping through rusty metallic tunnels built within a large cave. Both of these areas stay true and consistent to their differences in visual styles and remain incredibly well structured with no stone left unturned. There is enough variation through geometric shapes, room sizes and decorative pieces to stay visually pleasing and new locations will be refreshing to walk into. I personally found that the lower, cylindrical tunnels were appealling with a nice sense of scale tha creates this suitable foreboding tone when traversing through them. Environments in general are quite dark and only illuminated enough to get by with flickering bulbs and many dashes of coloured lighting further enhancing the overall atmosphere. The use of a flashlight is handy here to aid in navigation and hunting down those niches. Enemies tend to exploit this darkness, such as one battle with a Revenant forcing me wait out for him to fire off rockets to pinpoint his location, while running the risk of being hit myself or him getting too close for comfort. 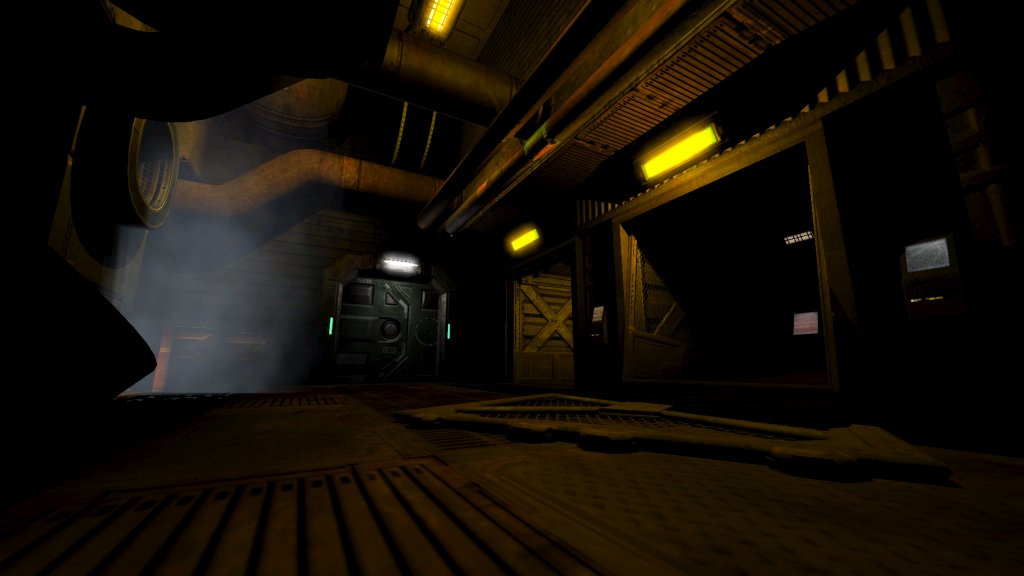 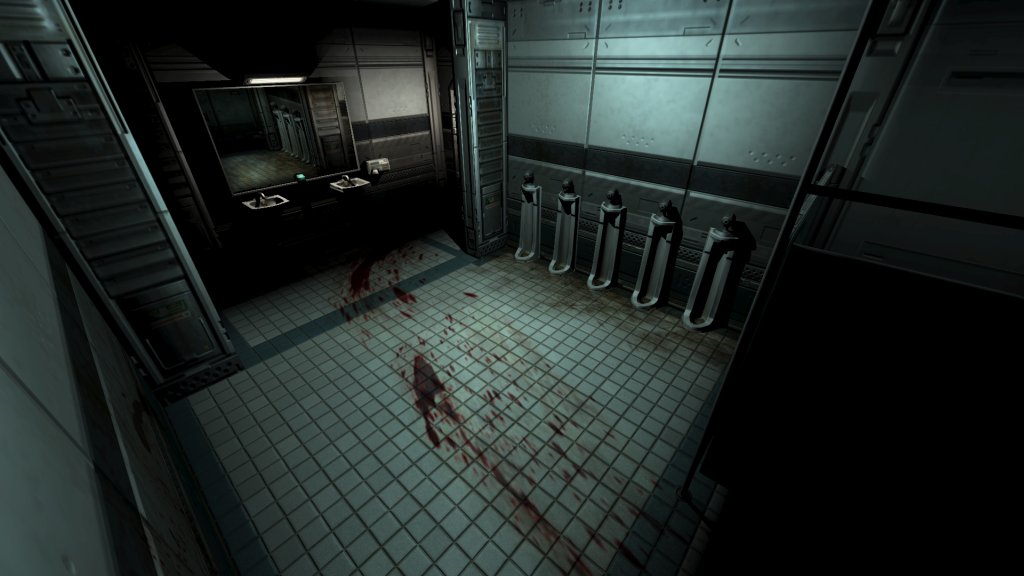 Manages to remain an enjoyable experience through its varied encounters and increasing hostility during progress, accompanied by high quality visuals across two different texture schemes and providing a tense atmosphere through its choice in lighting. Solid map all round which feels similar to the vanilla levels.