Three levels focused on action packed gameplay within the non-linear confines of a concrete and brick themed tunnel system. Tread very carefully, since this place doesn’t seem to take lightly toward unwelcome guests where many surprises will be lurking around each corner.

Endarchy is a unique experience by having a dynamic edge to the environment and actions of those who inhabit within, almost as if the world is actually breathing around you. Enemies may simply respawn into a room or come crashing through a locked gate. These scenarios will take place in their specified locations but due to the non-linear nature of the layouts endorsing each level, a variety of events will be discovered depending on where the player chooses to head off, whether this may be the intended path forward or an innocent detour. Even backtracking through the area will attempt to catch players off guard, one in particular was the demon that never wanted to give up, which was quite funny. In essence however, this made things more tense than they would have otherwise been, simply because you never know what might happen next. Blend this together with the relentless usage of enemies and it’s sure to keep someone on their toes at all times, especially on the hard setting. Exploration is further encourage from its use of internal achievements with successful goals being ticked off at the end of a level, offering replay value if these were not all retrieved first time. This gives players something optional for 100% completion but will also yield additional supplies like ammo and health, a much needed resource on the higher difficulty, for those who enjoy rummaging through these side rooms. 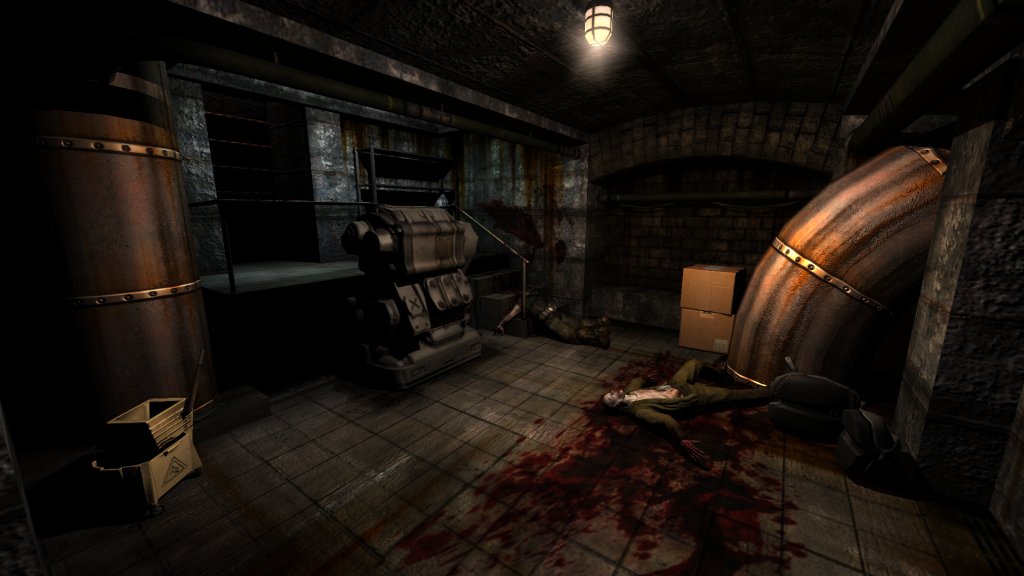 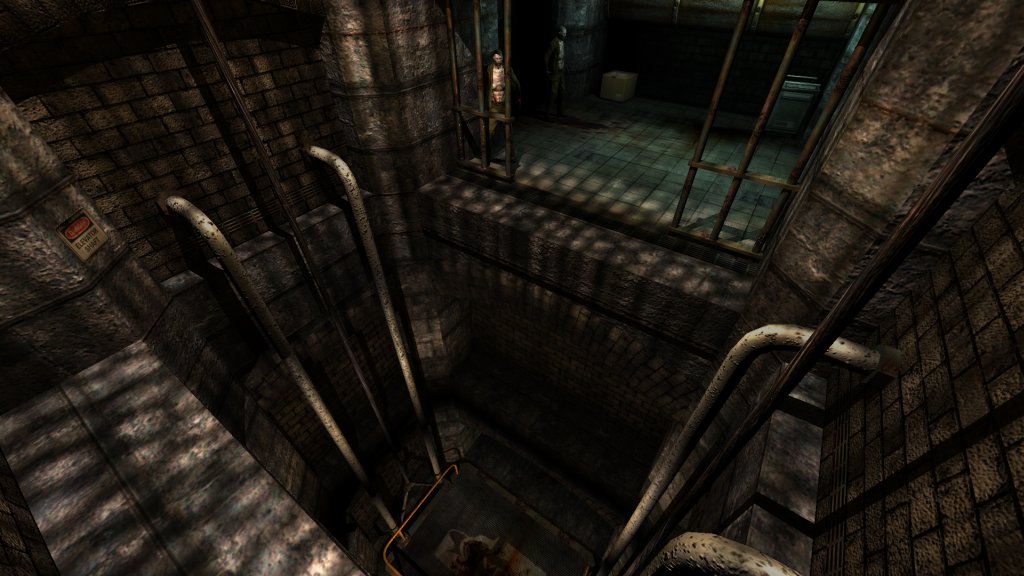 Visual style stands out here going for an industrial texture scheme, except focused on piecing together a kind of tunnel system, likely underground, which appears to be a large network of interconnected areas and possibly only a fraction of its entirety is ever navigated. The green-blue colour scene for ambience in places creates a very sickly mood which only welcomes those moments of normality even more under the warmth of yellow lights. There’s a good balance toward lighting without much need to rely on a flashlight, yet still retains the contrast between light and dark, allowing for some very neat lighting effects as such with the swinging light bulbs above grating, filling the nearby area in a soft shadow of the grating pattern. This overall style doesn’t change much throughout the course, consistently following the same structural shapes depending on the type of location. Hallways are often arched and curve, small side rooms are more straight edged and other niches such as crawl spaces are usually found near the large pipework, low on the ground. 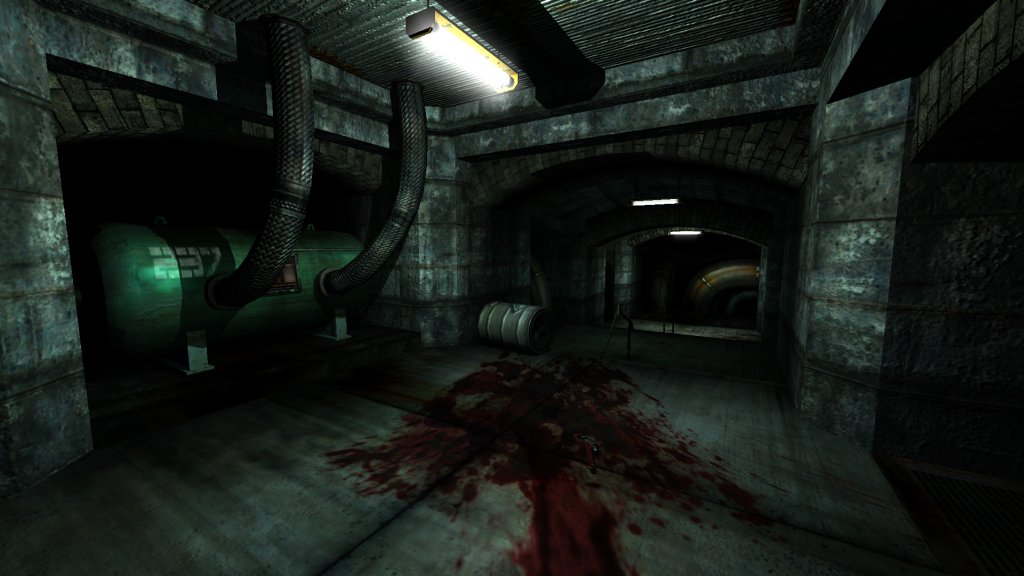 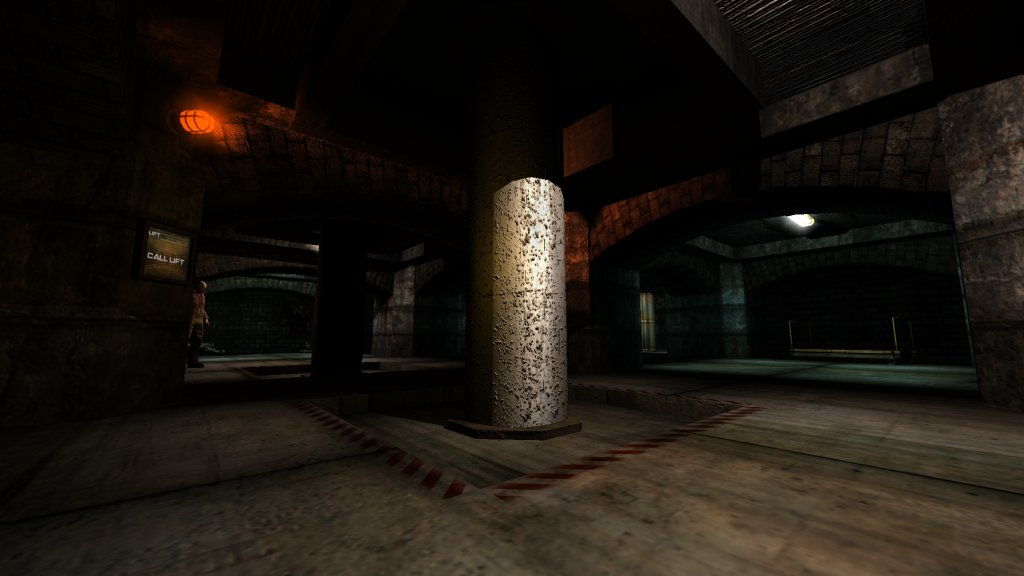 Combat is rough and hostile as many spawns and sudden encounters will constantly be pushing players back the way they came. Imps and Bulldemons are abundant early on, but soon the bigger brutes want a piece of the pie. Archviles can be tricky beasts with their fire blasts in long hallways and the first Mancubus encounter was tough for me while limited on ammo. The level is otherwise roaming with zombies and their supply chain doesn’t appear to run out either, with new corpses walking through previously cleared areas as if they had somehow found their way into this part of the building. Fights do remain fair regardless of the odds in favour of them, where limited ammo and health changes the pacing a bit, where I was choosing to save any precious chaingun bullets that I came across for the more dangerous situations. The overall spin toward gameplay and general flow ensures that this experience doesn’t become a bore too soon and I only felt disappointed after completion simply because it ended and I wanted to see more. 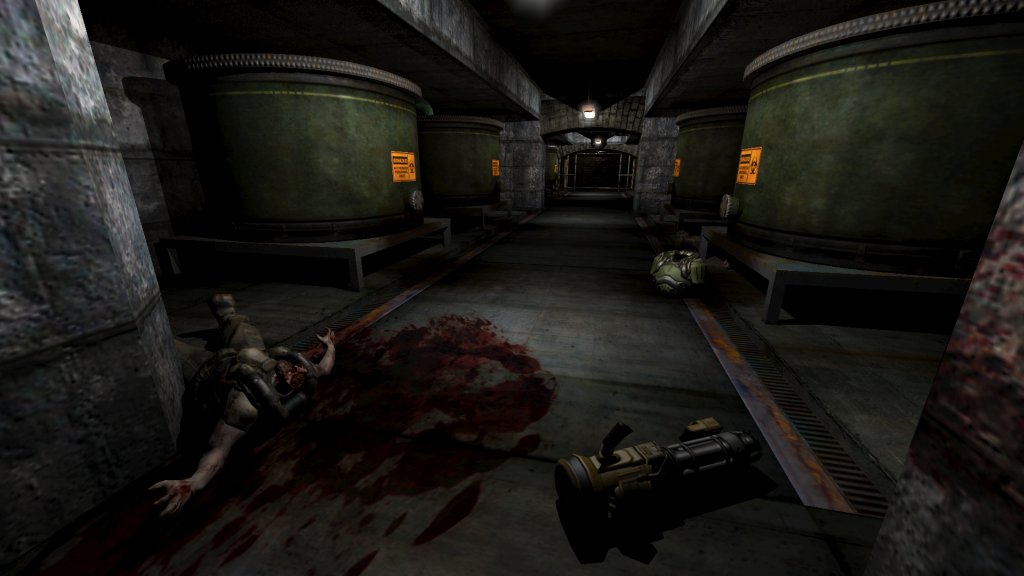 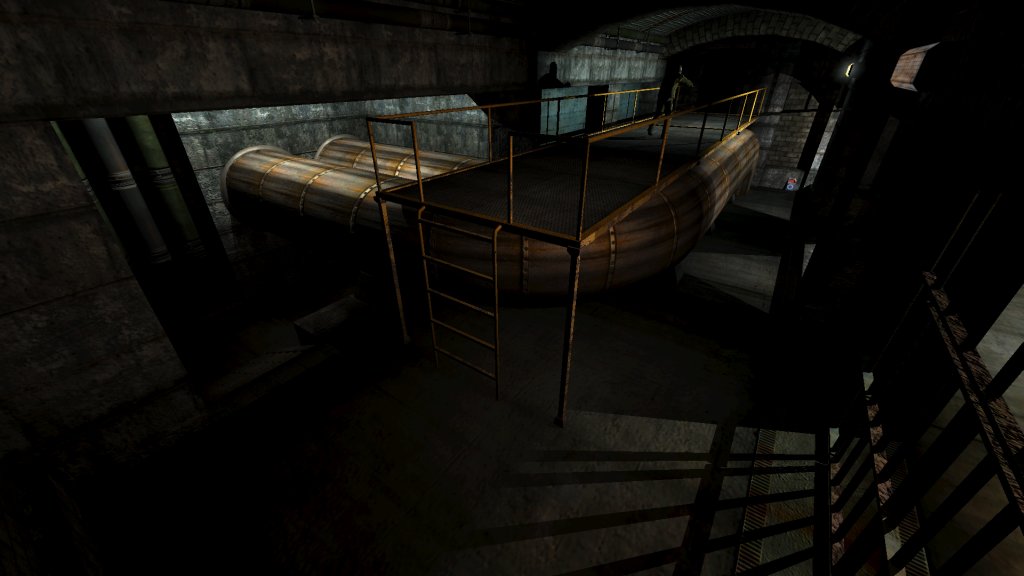 Each level feels alive and dynamic, the hostile nature of combat and limited amount of supplies on the harder difficulty provides a good sense of challenge while retaining some fairness. The non-linear layout and the many surprises in store kept things interesting, along with an internal achievement system for added replay value if those goals weren’t retrieved first time. An excellent set of levels that are consistently nice looking to boot.