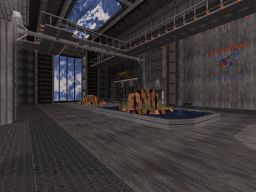 Introduction
In this sequel to FOS Station, Duke must explore an abandoned Russian space station, return power to the base by activating the reactor and finally escape back to Earth in record time. That’s assuming those alien maggots don’t get in the way.

Review
It has been a while since Supertanker had last released a map, returning to the scene with his sequel to FOS Station as one of the first releases opening up the new year to Duke modding. Even though there has been an absence from the community, it doesn’t seem like this has affected his mapping in any negative ways, instead improving upon his design while retaining that similar vibe in his style. Cherenkov Station takes place in a much underused theme of space, inside of a seemingly abandoned base evident by its dark corridors, lack of power and the occasional noise from enemies as they echo throughout the halls. This is done pretty well with strong lighting coming from windows, flickering bulbs and a nice ambient music track playing in the background. The use of sounds also helps to bring the base to life once the power is turned on, I especially like how the monolith drone can be heard near large tanks to give it an original usage. 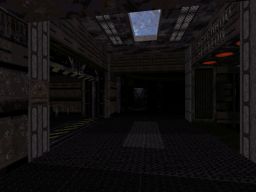 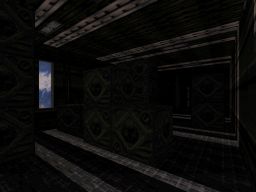 Supertanker’s style consists of a simplistic blend of bold shapes and clean texturing, including a lot of strong light and shadow as an addition to depth giving the map a more classical sense, an aspect I like from his previous releases too. A good indication of this combination here is the large tank room just after the reactor, defined well with simple shapes and proper shading, while the darkness beyond makes it feel bigger. There is one nitpick I do have concerning the general texturing though, which is the overuse in trimming textures in a number of spots, especially that iron bar with rivets. Now, as far as the gameplay goes, it is as basic as one could get. Finding the key cards and shooting down aliens. There isn’t much of a threat in terms of difficulty either, where you’ll find that fights consist of many small hordes of troopers with the odd Lizman roaming about, while munitions and health supplies are plentiful. The real danger would perhaps lurk in the tighter locations with a protector drone just waiting to get their claws on you, but otherwise a simple ride from start to finish. 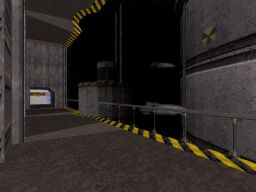 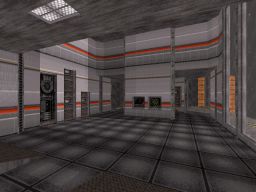 Conclusion
While the map is simple in terms of gameplay, an enjoyable map nonetheless where Supertanker shows improvement in design and atmosphere.