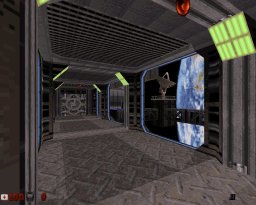 Introduction
Supertanker returns with a new map release, FOS Station, a short space themed level. I personally think there is a lack of space themed release these days, though I’m not that particullary bothered, it was a nice change of environment playing this.

Gameplay
You’ll find yourself thrown into battle with only a pistol for a while, which keeps you on your toes until you find stronger weapons, fighting against mostly Liztroops and Pigcops for the most part. The overall level is pretty short, while battles consist of thick and thin fights with the odd stronger opponents here and there, while looking for the yellow key card. There’s nothing too difficult to come across as long as you dont waste ammo. It’s a shame the level ends just where it really picks up, since I actually felt it could have gone on for a little while longer. 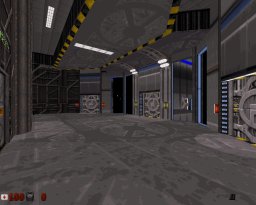 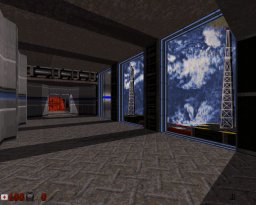 Design
FOS Station takes on a rather standard space station approach with it’s space theme and mostly seems to consist of corridor like locations, lacking in some specific room types to give the location more purpose, but despite this the level does look great. Structure and texturing has some variety between different locations, yet blends well as a whole remaining pretty consistent throughout with plenty of detail, including the ceilings in some locations. Lighting is excellent and used a lot throughout the level, with strong lights and dark shadows much like those in the original Lunar Apocalypse episode. The level even includes a rather detailed ventilation shaft which was a pretty fresh change. The level’s design mostly shines however through the exterior detail outside the space station itself, which adds a rather immersive feel overall. 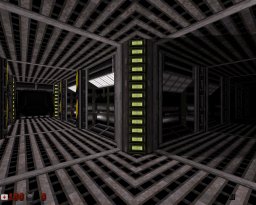 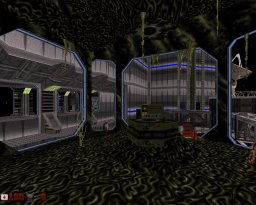 Conclusion
Short and sweet space themed level, that remains enjoyable and looks great. The space station itself could have had more purpose and specific locations.