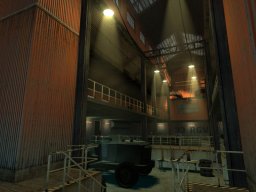 Introduction
Gordon Freeman infiltrates a powerstation commandeered by Combine forces in an effort to destabilize their control of the region.

Review
Before Sebastion came out, Jason Gimba released this little map which focuses on the theme of a powerstation currently being held by the Combine. From here your objective is to get in there and somehow destroy the generator and escape with your life intact. Before that is possible though, the start has you busting out of a vent to find yourself in a claustrophobic underground location infested with all kinds of zombies and barnacles. Around half of the experience takes place down here dealing with this undead threat. On your way to find a way back up, there were a few spots which managed to feel creepy in ways. One is the flooded generator room which invokes a cold feeling while lights reflect off the waist high surface of the water in this otherwise dark room. Occasionally zombies will raise from beneath the waters to give chase or become a barnacles next meal. It’s not exactly a scary experience by any means, buts helps toward creating an atmosphere. 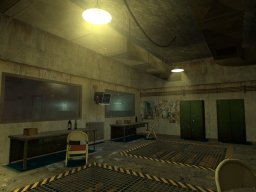 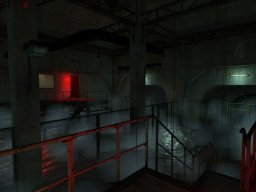 As in Sebastian, there is another section where you must wait for an elevator to arrive and fighting against a bunch of zombies, only I found this scenario much more fun to play because of better vision and less chances in being cornered so quickly. The second half takes you inside an industrial sector where the powerstation is located, but the combine here aren’t going to allow this to happen so easily. Combat is not much of a problem to deal with even when certain events alert Combine to your location, as groups of enemies are usually small and generally easy to tackle. The number of enemies does increase much later on, but by this point you’ll be close to the ending anyway, so the gameplay is generally smooth sailing throughout. The visuals don’t stray too far from it’s industrial theme. The mood does contrasts with the earlier sections well, from the dark and dank underground areas to a warm, well lit afternoon inside a dusty warehouse with the chance to get some fresh air. Not much in the design exactly stands out however, nor are there any glaring problems with it either. 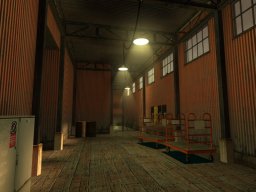 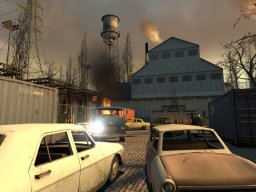 Conclusion
The setup is simple but the map is enjoyable from the get go, with moody underground segments and solid mapping all round.