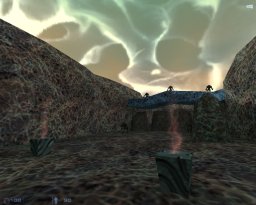 Introduction
The Earth has been under attack from aliens for some time now. They’re getting stronger and stronger all the time and therefore we have to find their main base and destroy the origin of these creatures. Recently we found out that a secret research facility named ’Crystal’ had been taken over by the aliens. It is a very important facility and we believe that it’s the source of the aliens as well. Your team has been assigned to the mission to destroy this source.

Review
Crystal consists of two maps, both of them sticking to a theme of their own while apporaching a different style of play in each one. In a way, they can be both played as standalone. The first map takes place inside of a secret researcch facility with many large and wide locations within it, which is suitable for the action packed gameplay to come. Although the starting location may run a little slowly, possibly raising a few alerm bells, that is the only area of concern as the rest of the level runs smoothly. This area not only acts as a spawn room, but also a hub for when the other routes have been unlocked providing a shortcut back into the frey. This is definitely welcomed considering how annoying it could get travelling the distance back, especially an earlier swimming section.

The action itself is nicely varied, not only by making use of a selection of aliens, but also in the way they’ve been untilised. There’s a part where you run into some turrets which is infested with aliens. Retreating to take out the turrets is one course of action but that will only lure the aliens toward the limited about of space around you, especially when put up against Gnomes. Another example is a simplistic execution but works, by having Alien Grunts shoot from higher ground while Houndeyes pester you nearby. But that’s not the only thing the level does with them, as various areas may involve a different slection of enemies such as the one I just mentioned, having them be replaced with Shocktroopers and Pit Drones instead allowing for a fresh change of enemies during replays. The difficulty level is rather moderate but staying alive can also be a bit of challenge for two players, while it’s nothing frustrating by any means, it can hit you hard in places. The level isn’t always constant action either with some breaks inbetween and plays out fairly, ensuring the experience remains enjoyable when battle does commence. Besides from that there is a little teamwork involved in the form of simple puzzle solving, an example of such being the area where one player will need to hold up some grates while the other pushes blocks into place. 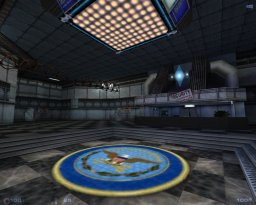 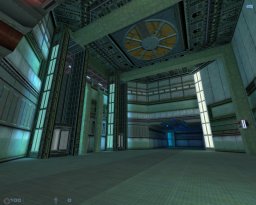 Although the level is big in scale, the design is by no means neglected with a good choice of textures used throughout to give the place addition depth and contrast. Most areas you go through however are wide corridors with very little actual rooms to be found, usually consisting of machinery or pipework if only to add some variety or nice touches such as the laser beams travelling across ceiling tubes to power up specific parts of the facility. The lighting keeps the place moderately well lit and you will rarely need to use the flashlight as a result. Some areas even use a lower level of lighting to create a different mood depending on where you go. The visuals in the first level generally look pleasing enough to the eye.

The second map takes place in the alien world, Xen and I for one enjoyed those sections from the original Half Life, so it was pleasing to see this refreshing change of scenery. The style of level design however differs from the usual look and feel of Xen. Rather than creating several floating islands with rough shapes, here the location consists of much smoother terrain and larger expanses of landmass without any of the low gravity. In some ways this makes this version of Xen feel less like an abnormal place and follows it’s own intentions with the world, or perhaps we’re in another part of Xen. There are even some elements of interior locations like the many cave systems or alien architecture. The gameplay is as action packed as the last one, if not more so due to several sub-bosses lurking around. However this time there is a heavier focus on puzzles and teamwork. The level actually splits itself into two sections a little ways from the beginning. The right side has a portal leading you into an area where various jumps need to be perfomed, distances covered using the barnacle grapple and some team navigation to push buttons simonteenuesly to proceed ahead. The left side is where the majority of battle will take place, fighting off hordes of enemies. Both need to be completed to unlock the last part of the level and can be done in any order, which offers a round with more players to split into two teams to get the job done faster. 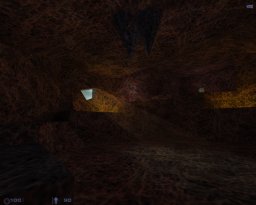 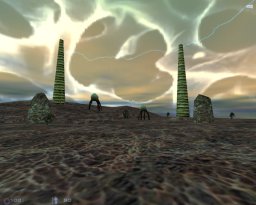 The final boss fight however has some problems. It starts off on a good note as you teleport into a very large arena to face of against Tor. Without any huge limit on the vertical space allows him to properl you into the sky without much trouble, which then results in a quick death when you land. The problem here is that it’s very difficult to avoid this. Now add to the fact Tor will eventually loiter around the teleporter exit and find that the moment you return to battle, you’ve been thrust back into the air. Even with one player working as a distraction, it won’t get you far since the circumstances will soon return to how they were in no time. It became a tiresome process. It’s unfortunate too since a teleporter is a viable means, because any other method such as a higher ledge will only tempt players to chip away Tor’s health from here giving them an easier time with the boss, removing any challenge fighting him. If it were possible, several exit portals chosen at random may have worked well.

Conclusion
Two solid levels, each one focuses on a seperate and well designed theme along with a different style of gameplay offering action packed gun fights and puzzles involving teamwork.