Shadows In Our Blood 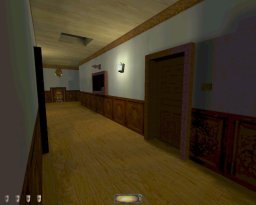 Introduction
Tohid was a very popular politician who was very vocal against both the mechanists and sheriff Truart. He had foreseen the rise of a totalitarian regime made of an alliance between the mechanists and the sheriff. In his numerous speeches and rallies he managed to gather a strong following and become a serious threat. However, about two weeks ago, he suddenly “disappeared”. My only clue is that his disappearance happened in this small nearby city where he was going to give a speech. Checking out the local police station is a good start.

Review
The mission starts by having you sneak through a small sewer section just below the main City Watch building where the majority of the gameplay will be taking place. At first the things appears to be a typical fare, only to find myself surprised later when the mission takes a sudden turn of events, presenting to the player a much more darker and sinister side of the place you currently reside just waiting to be discovered. This pretty much splits the mission into two very distinct sections where the style and mood contrast against each other, it almost feels like you’re playing something completely different once you have reached that point. Stealth during the first half can be on the tricky side when playing on the higher difficulties, this is due to the amount of tight spots, electrical lights in corridors with no switches and many guards lurking about, which can make ghosting quite a challenge. One of the meanest locations is the upper floor corridor with three patrolling guards and a security camera where I eventually gave up trying to ghost and blackjacked a couple of people. It is considerably easier on lower settings. 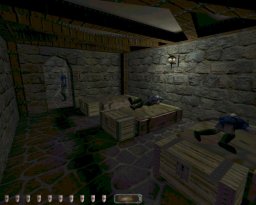 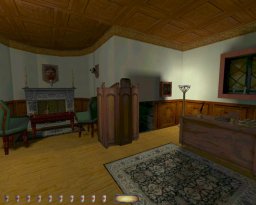 Your goal here will require good exploration and a keen eye, since some vital things may be difficult to spot and halt progression. There was one switch in particular that took me a long time to locate, despite an earlier clue pointing to its location and found myself running around everywhere to ensure that I didn’t miss anything, but different players experience will obviously vary. Sometime later in the mission, there will be a neat task forced on you that is required in order to proceed onwards for the first time, which involves the use of a scouting orb. This is a good addition as a vital part to gameplay since I rarely find myself using these items during regular play and gives them a purpose beyond a simple tool, making sense in the situation it was used in. 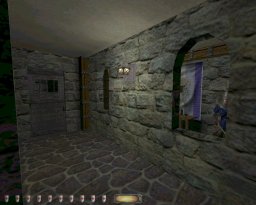 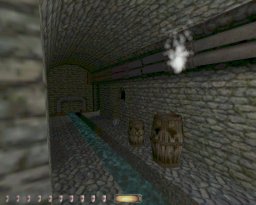 Eventually you’ll reach the second half which I consider to be the heart of the mission which makes it tick and I actually find it difficult to really say much about it while avoiding spoilers. As mentioned earlier in the review, the style and mood change considerably by going for a dark, black and white colour scheme, which only adds to the disturbing atmosphere and change in tone. This area will present a much more sinister side to the Mechanists and looking around will show exactly how messed up this place is, where you are unable to grasp the kind of horrors their victims have had to suffer. Enough detail in these areas is given to visually get an impression of this, from the devices and certain torture chambers to the little notes scattered around which will reveal a first person experience they had to endure. It all comes across as creepy stuff indeed.

Conclusion
The mission is set up appearing to be something it is not, only later to present this dark and sinister theme and works as a neat contrast, both visually and atmospherically between the two sections.