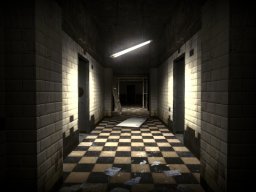 Introduction
The story resumes with the player lost and confused inside of a hospital known as “Never Lose Hope” with no understanding of how you came to be there, except from a vague memory of the mysterious, haunting girl from Nightmare House. Soon it will be difficult to determine between a dream and reality. How long will it take for you to realise that escape is no longer an option? Wake up, it’s time for the real nightmare to begin.

Review
Before you get to sink your teeth into the main dish, the prologue is your first course to feast on, which is a remake of the original Nightmare House, giving it a completely new visual make over with various changes to gameplay and other improvements. This is done to make it link with the sequel much more closely and allows it to tie into the story that is soon to come. I only vaguely remember the first part, also (poorly) reviewed here. Small instances eventually sparked my memory such as the room with mattresses and the usable key. Not much to go by really, but enough to recall similar events taking place before. The prologue as a whole isn’t too bad, definitely an improvement in many aspects where the design and effects come across better. The fights against zombies however get stale quickly and it’s not exactly easy to avoid them either. Had a bit of a problem at the beginning area because of the darkness, missing a vital location to proceed and caused myself to search aimlessly in the wrong area. The map pretty much flows closely to the original and ends in a similar manner. 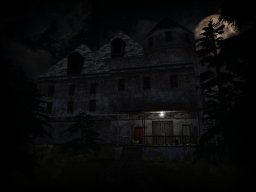 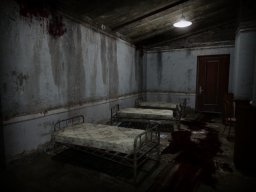 Once you’ve gotten through the prologue, Nightmare House 2 starts up where you will find yourself awakening inside of a holding cell with padded walls and the door to freedom is unlocked. Right away you can tell that something is definitely not right here and, of course, you’re the one who will go out there to find out what. From the moment you exit the cell, the mod throws in a dosage of creepy atmosphere as an attempt to keep you tense at all times when roaming around. The long, darkly lit halls and flickering lights are there to keep you unsettled until something happens. Whether or not you see what it was. The majority of the mod will take place within the walls of the ‘Never Lose Hope’ hospital across its entirety, but there’s plenty of variety to be had despite the setting never changing, all depending in which part of the building you currently reside in. Soon enough you will meet up with some unwanted guests, as patients will start seeking you out like mindless zombies. And they’re not going to stop for tea, forcing you to take them down with the fire axe you find early on. 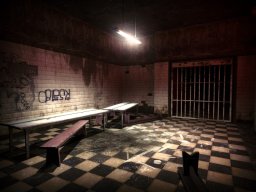 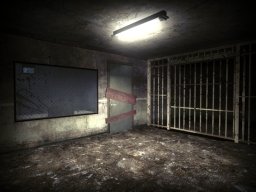 Eventually you will meet up with another character, Dr Romero, you communicate with through monitors. He wants to help you and the only contact you have up until this point, shedding some hope in your situation that you’ll get through this alive and you’re not alone. Well, besides from those things trying to kill you of course. Nightmare House 2 is split up into seven chapters, each one tries to set itself apart as a different experience from the last only to ensure additional variety to avoid wearing the gameplay too thin. One example in a much later chapter, takes place within the maintenance areas and your flashlight will stop working, forcing you to use flares you come across to navigate and occasionally get attacked in the process, but only lasts long enough before it even begins to become tiresome. Without spoiling too much concerning the actual events, there will also be situations you’re accompanied with others through a level, but these don’t take too much away from the experience and fit their roles nicely, allowing areas to remain tense since they don’t know anymore than you do. I kept having this feeling that the mod will soon break away from what it’s doing so well at and turn into something focused on action once I saw the SWAT members while I was crawling through some vents. I thought they’re going to attack me on sight and be a constant enemy from now on. What the team does well is keep things consistent within its theme, while allowing for new things to pop here and there without deviating from its core. 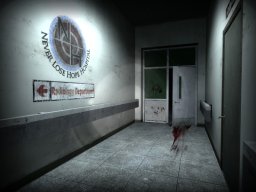 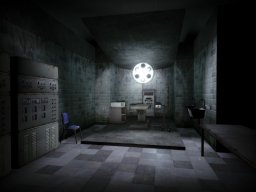 The experience for me though wasn’t very scary, there was some definite atmosphere, but a lot of the time the attempts to creep you out are only there to startle you and soon become predictable when they’re next going to occur. And they happen quite often within close proximity of each other. There is a lack of fear too, which probably comes from being armed to the teeth with firearms. Even so, the axe is more than enough in any situation and my weapon of choice, removing a lot of the tension there could have been had from the presence of zombies. However, that doesn’t take away from the fact that the presentation of the effects are brilliantly done and was one of the main reasons I wanted to keep moving forward. The second being the immersion. The paranormal is always trying to mess with your head, using illusions and mind games to put you off track. Other times an event won’t be triggered unless you’re looking in a specific direction. There is even an interesting twist to lure the player in the right direction by mysteriously locking and opening doors, which I found to be a suitable decision. There’s generally a lot of doors and hallways located throughout each of the levels and it would only become bothersome by getting confused in which direction you should be going. Locking doors prevents the player backtracking unnecessarily and ensures they push forward. Another feature that threw me off from the start is the edges of the screen are faded black, a bit hard to get used to at first but adds additional atmosphere to the experience and less bothersome the longer I played. Other players may feel different about this though.

I only had a few problematic situations which stopped me dead in my tracks for a short while. There was one room with the ECG flat lining I couldn’t figure out how to exit, once again because of the darkness that pops up in this area. I started to think it was a bug, only to find some vent hiding in the void of blackness nearby. There was also an issue which prevented progression in the storage areas where one of the NPCs got stuck behind a door which doesn’t lock until you’ve made your way further into the area. Without realising it, I couldn’t progress since I couldn’t get him back out. It can be resolved by a simple reload of the nearby checkpoint and double checking that everyone follows you throw each door, but they generally do a good job of navigating anyway, so a minor blunder with little progression lost that I feel worth pointing out just in case. 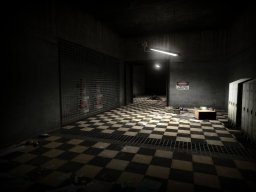 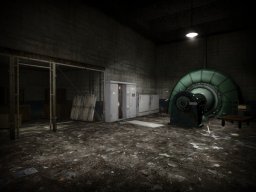 Visually the mod is impressive in different regards, from the construction of the levels to the presentation of the effects, great use of colour correction and scripted events, which come across as a very well polished piece of work. I find that I kept forgetting that I was even playing a mod at all. Level design is generally done well, representing the locations with the right amount of detail, adding shape into the corridors and rooms where necessary and ensuring the place feels like a hospital. There’s a broad mix between clean and dirty locations, the former more aimed toward the medical areas while the latter in areas for staff only, like the maintenance areas or lower sections of the building, but as a whole still manages to feel gritty overall. Each level is generally well lit unless the gameplay calls for it to get dark. I’ve never really found total darkness to be a scary element in horror gaming and find that it is rarely done well, since not being able to see anything is more of an annoyance than anything else. Nightmare House 2 also makes use of this trope, but avoids the experience constantly shrouded in a blanket of shadow.

Even though there is plenty of light around, doesn’t mean you’re going to be safe which is an unsettling tone in itself. Atmosphere is a vital tool here and is further enhanced by good use of sound, from the whispers of a ghost to the sudden voice of the speaker announcer. New voice work is present and a welcome addition for the characters you will meet up. I didn’t feel anyone was overdoing it, the quality was high and they remained in character and role. Good enough for me. It becomes more effective during the finale where a lot of speech is used for the last task you must take on. Except overlapping voices can happen. In fact, I thought the ending area was a fitting choice and avoided going for a simple boss fight. Technically this is a final boss fight, but the approach is more to do with following the events to affect the environment than shooting down a bigger brute with every ammo in your pocession, which I find a more tiresome type.

Conclusion
An impressive feat at creating an immersive sequel with enough quality that I forget I was even playing a mod. The visuals, presentation and effects are great with a nice atmosphere, while the scare elements become predictable.