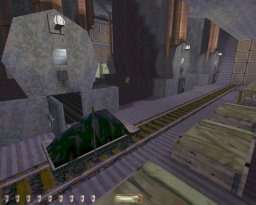 Introduction
You’ve been hired to steal the set of gem stones known as the Five Tigers. Each stone is held by a different noble family locked within their vaults which cannot be picked and carry the keys with them at all times. Four of the families have booked passage on the maiden voyage of the Iron Butterfly. You will need to break into the shipyard, find information about the stateroom assignments, find the four lords on the ship and make wax impression of their keys to avoid suspicion. This is the first mission in the Five Tigers series.

Review
Before you get to set out into stealing the Five Tigers in the sequels that follow, this mission works as a nice introduction to that goal in mind. Your task here is to find and make copies of the vault keys from four different lords to avoid any suspicion that their gems are being targeted. Since you’ll be sneaking around with these lords on board the Iron Butterfly, it’s a good chance to learn more about them, coming across dirty secrets, emotional back stories or even get a taste of their personalities. You may even reveal the location of the keys you’re missing by reading the right materials. Having a visually detailed environment doesn’t seem to be the focus the author wanted to go for here, sacrificing that to instead approach the design by creating a very large scale and conceptually grand mission. This results in many locations often looking bare, using a minimal approach to the use of decoration and detail, but enough to fit the purpose of the location. The lack of human presence and ambient sounds is a problem too as it always makes you feel alone and the environment too lifeless. Some areas do look nice because of the scale however, such as the rich looking guest manor and the ship itself. 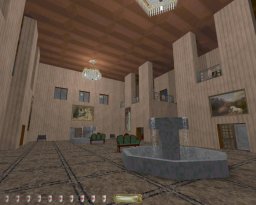 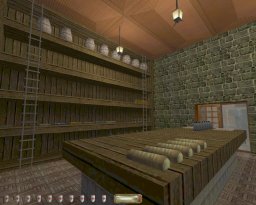 Attention to detail is instead put into the exploration aspects of the gameplay. Due to the sheer size of the mission, there is going to be a lot to take in before you can get around the layout and locating everything that you’ll need before completing the tasks at hand. For one example, you’ll need to get your hands on some wax before you can make any copy of a key. During my first session, I didn’t come across this area until much later because of the route I decided to take. Then of course, it’s another job to find out where all the keys are located. Lots of running around and getting lost is likely to happen, with notes and maps provided there to help in such situations. As such, the mission is non-linear in progression with many routes and secret passages to navigate through. The difficulty side of gameplay suffers a bit by being too simple and easy to accomplish. It may take quite a bit of time to get through the entire mission, but the large scale allows you to avoid and sneak past the guard patrols with little to no hassle. Even within areas that are fairly well lit, so hiding in shadow isn’t always necessary. Things do pick up a little once you’ve gotten on board as the location gets tighter, but not too much of a difference with many places to retreat and hide. 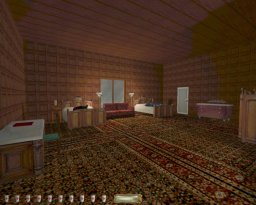 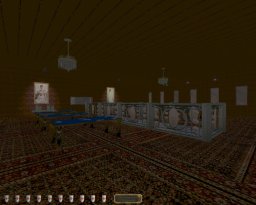 Conclusion
No doubt an enjoyable experience where the exploration and depth can be immersive. Set in a large scale environment, yet the design is mostly bare and mininal and there is very little risk in getting caught by guard patrols.