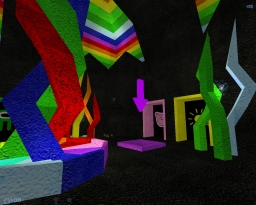 Introduction
You have been sent to a weird magical world to collect 10 powerful magic symbols for a science team. These symbols are the heart of this world and gives it those bright colours and magic. Each symbol is located in it’s own area, protected by monsters and puzzles. The order in which you obtain the symbols is a different experience each time as a door to one of the zones will be opened at random from the start, and will do so for every symbol that has been retrieved, allowing for varied progression during every session.

Review
Each zone is consistent with its colour scheme, representing a specific theme concerning the choice of colour used and creating an environment and puzzles based on this. Even with two similar colour choices like the lighter and darker shades of blue and green still manage to have a fitting theme. Different styles of play will take place in each of these zones with a mix between puzzle and action which usually involves simple tasks and fighting against a wave of enemies. One example includes the pumpkin zone where you will need to collect a few droplets in the air causing a layer of vines to be cut away while dropping in some enemies to fight. This must be done several times before you can reach the symbol. 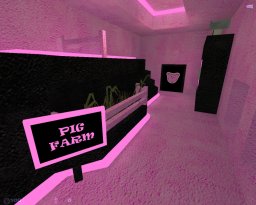 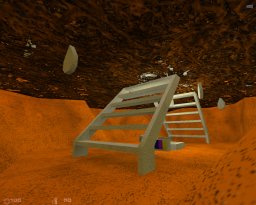 At times I found certain puzzles to be uninspired or that some would have worked better in the other zones and using different ideas to replace them. In the first segment of the Sun Zone, you will find yourself floating to the ceiling and must navigate around to collect icons at varying heights. This probably would have been a much more suitable idea for the cloud zone instead of the simple switch puzzle there. The first Sun Zone puzzle could have then dealt with a puzzle geared toward sunlight instead. Another example could be the first part of the Ice Zone where you need to match symbols which could have worked better in the Crystal zone to lengthen it, while a different puzzle based on ice could replace this much like the suitable second part. 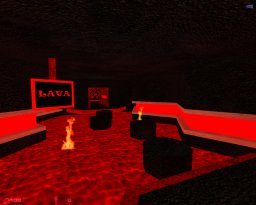 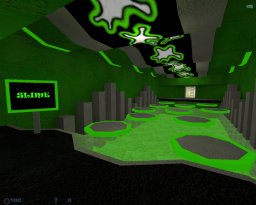 The map doesn’t offer too much in the way of difficulty with a nice balance between the puzzles and action where enemies aren’t too bothersome, except for the slimes which have too much health making them tiresome to fight of compared to other enemies. Co-op isn’t required to complete the map either, which will allow the option to play alone. To further enhance the fun and colourful experience, the map makes use of sounds like the popping of a cork when a part of the wall opens to release enemies and music as well which can be played through the music machines by pushing the button. One track I found myself attached to; ‘Radio Martini‘ felt right at home here as a suitable representation of the bright and cheerful theme of the level and always a nice track to hear when returning to the spawn room which stood out over the other tracks used for me.

Conclusion
Remains humorous while retaining the colourful visual style throughout with a good balance between puzzles and action.