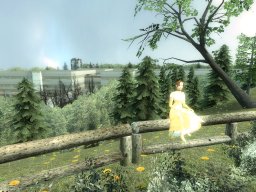 Introduction
Some chose to resist, others chose to collaborate; to yield to the Combine and enforce their rule and will. One such body is the Civil Protection unit, an arm of the Overwatch that maintains order in the Cities. In Human Error, become part of a small Civil Protection team that is pitted against the remains of the Xenian forces, who are making a last ditch effort to escape Earth. Utilize a variety of new tools such as controllable manhacks, and use new vehicles such as the APC.

Review
Human Error shoots off on a happy note with a free roaming introduction sequence together with your new wife on a bright sunny day, so much so, the bloom is almost blinding. It’s only unfortunate that the portal storms soon hit the fan and our character awakens. You take a role within Civil Protection and the mod successfully sticks to this throughout the entire experience, assigning you goals and objectives suited to this while you face off against the rebels in you and your team’s attempt to take back the university.

You could pretty much split the mod into two distinct sections. The first half puts you on the streets in a combine APC aiming to travel to your destination while resistance is constantly trying to halt your progression from windows, on foot and even using trams. Most of this revolves around driving, gunning down rebels from the APC and helping out a fellow member of Civil Protection. But the initial gameplay here is mostly lifeless as you can skip past a lot of minor conflicts and avoid any tension. There is one pit stop you must make to open one of the road gates, but nothing really happens after doing so. Not even a small burst of combat as you exit the building. The only real form of excitement though is when you have to help defend a building for Noah, as rebels and vortigaunts come in waves to attack. 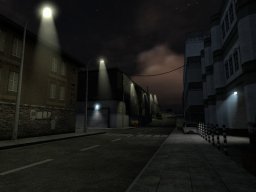 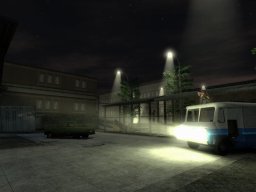 The second part focuses on the university itself as you battle through the halls to claim this location back. The section however starts to get dull very quickly with a lot of uninspired, repetitious design. The place uses alot of the same tiled wall texture and the lack of colour only makes the university feel bland to walk through. The style may have been intentional to give it a cheap school look, but as you spend quite some time in this place, a bit of variety doesn’t hurt. The arches throughout the corridors helped to break things up, but there could have also used some instances of modern architecture for locations to spice things up.

Since I’m on that note, level design as a whole is usually above average and standard fare which has a mix bag of decent construction and boring visuals. The buildings in the streets are mostly flat with very fews situations where they’ve been given more depth and detail. Nothing exactly stands out besides from the lovely looking introduction section with a well crafted nature scene, and the large portions of Xen that crashed landed during the portal storms, which can be found in the later levels up close and personal. Lighting is moderate and can have its good and bad moments, more so the latter in the streets than anything else. Indeed it is set at night but something could have been achieved to deliver some better atmosphere to give the place more life considering rebels are running around casuing havoc. The lighting even has an effect on the progression into different areas, which can be a bit odd sometimes. Most corridors lead into nothing but darkness, while a certain path required to get further does just this, possibly forcing you to check all the dark corners just incase you might miss something vital. 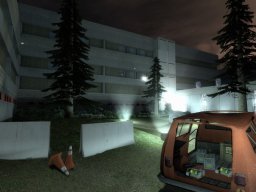 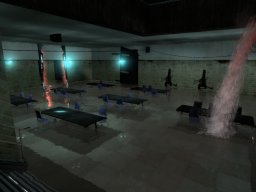 Old enemies from Xen make a return here, including the Alien Grunt and Controllers, only this time working together with the rebels in the same way the Vortigaunts do which really brings in that needed touch of variety to spice things up. Grunts are tough to take down while the Controllers are there to cause a nuisance with fireballs and fast flying ability, but they’ve not changed too much from the original Half Life, except this time the Grunts may decide to charge at you casuing a heavy amount of damage.

Combat has been changed a little as you can only carry a melee and two firearms at any given time; a pistol and primary. This never bothered me too much as here is always plenty of ammo around for any of the weapons you choose from and can always find locations to switch for something else if needed. The only problem I had is that the shotgun is usually the only weapon I find worth having as the automatics always seem weak to use. The new stunstick is a very useful tool to take out rebels and vortigaunts with a single charged hit, but you also tend to waste this by breaking open crates. The mechanics however allow you to convert suit energy toward the stunstick so there’s plenty of reserve if you prefer this over armour. 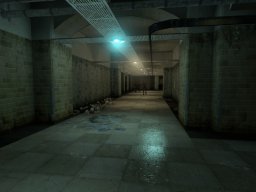 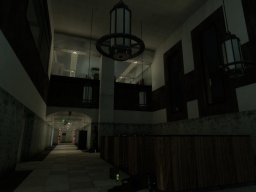 Manhacks are another addition to your equipment, both as a puzzle element and a help in combat. The puzzle side of it allows you to control the manhack to find ways to unlock doors, but if you feel adventurous, even attack enemies. The presence of manhack ammo boxes close by always gives it away that one needs to be used in this area rather than leaving it up to the player to find the cues. Not much can be done about this though, since there needs to be a resource of them and backtracking will only cause annoyance. Sometimes the manhacks were a little bugged when they wouldn’t destroy upon touching a reactor, causing me to miss a bit of a scripted sequence without realising it.

Human Error isn’t complete without new characters and dialogue, as your team consists of three unlikable people who do nothing but give the player a hard time, insulting and not giving credit where due. They really show the bad side of Civil Protection, which fits perfectly considering they’re pretty much a level above regular humans. The three characters include; Noah, a man who seems to forever hate your guts and more. Larson, someone who seems to enjoy his line of duty and is a bit of a comic relief. And finally, Eloise, the only other rational person around with an attitude problem. Good voice work here and listening to them interact with you and each other can be fun, but at times a bit too much where they should just get to the point. One example being Noah’s swear rant against everyone.

Conclusion
Solid release as a whole with suitable new content to fit your role as Civil Protection and to add variety while successfully sticking with this throughout. Sometimes gameplay and design can get a bit stale but there’s some fun to be had.