A Night in Rocksbourg II: Discovery 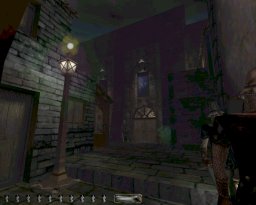 Introduction
Garrett has finally made his way into the heart of the city, but he didn’t expect the place to be so vast and well guarded. Stuck within a labyrinth of buildings, he tries to seek a way out. During his search he hears rumours of the city being attacked by the undead, but he’s too concerned about other issues to take much notice. While picking a door, he is eventually attacked by a Mechanist machine. Wounded, he tries to escape down a ladder. It breaks and takes Garrett to the streets below. And faints. Upon awakening, he finds himself in bed in an unknown room. Where is he now?

Review
Upon waking up, Garrett finds a key and a letter sitting on the table. It explains what his next objectives are and the mission starts from here on. Rocksbourg II takes place deeper within the city, where access to other sections are being closed off due to the undead roaming in those areas and attacking people on sight. You start in the safest location where people take refuge, as people loiter street benches and a dreaded mood is created thanks to the eerie ambience. The guards won’t attack you here as long as you behave, which is a perfect chance to soak up the atmosphere. Since you’re not allowed to be in the other areas of town and will be attacked on sight, that is where those stealth skills can come in use. There are various areas within the mission worth exploring, many of which are optional including a few secret locations that can be found with a keen eye. 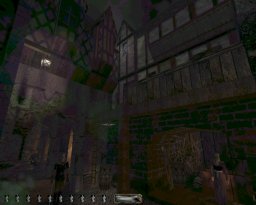 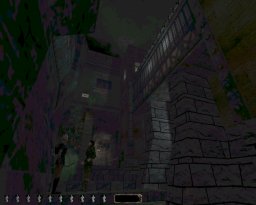 Answers concerning the city itself, the mysteries and other strange events that are taking place can be also be found in this mission, expanding the setting of Rocksbourg and giving it that much more depth. Your main task is to find two missing Keepers, which actually takes a fair amount of time despite how simple the objective seems to be. You have the usual bunch of foes such as guards, some of which carry lamps around with them, and a few Mechanists. There are also a couple of their walking beasts standing guard, but they won’t give you much of a problem. Zombies also lurk in the shadows awaiting a fresh victim, but easy to avoid and mostly harmless as a result. One issue that did cause a little hassle for me is a specific Glyph you need to press in order to proceed was a little tricky to find amongst the dark textures, but thankfully what it does unlock isn’t too far away. 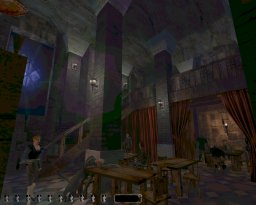 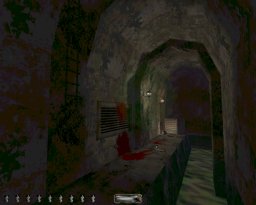 One major aspect of Rocksbourg II is the darker tone it creates. The city itself is much more grittier, emphasised by blending the textures with darker ambience of light. It’s quite difficult to say much about the level design, unless I want to sound like a thesaurus because it is generally done well and looks solid throughout. There is a variety of buildings as you explore the streets, some which follow similar texture schemes as others, but spaced apart enough to prevent repetition. Interiors also look great and despite having more colour, they still remain gloomy. Even smaller touches like spider webs fit well in the mission or beams of light shining through windows and subtle glow from lights. Lighting itself is nicely balanced, giving you plenty of hiding spots. The brighter sections actually feel more like safe zones while the darker areas have an eerie sense about them. 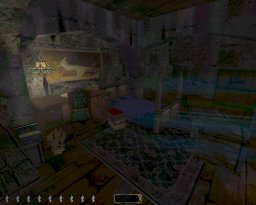 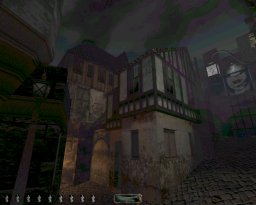 Since the city is split into different sections inaccessible via the streets, the only way to get from point A to point B is through the sewers. This area alone however is probably the creepiest part of the mission, the combination of visuals, ambience and sound put together a brilliant location as a whole. The choice of ambient tracks across the mission also have a nice subtle atmosphere, different ones being used depending where you go. The first areas have this feeling of dread and loneliness, while other locations have a sinister tone to them, drawing out the desired mood very well. The lack of civilisation in later locations, besides for the guards definitely adds to that.

Conclusion
Moody and atmospheric, a dark and gritty town enshrouded within a cloud of dread. Brilliant usage of sound and setting of tone. Learn more mysteries of Rocksbourg, immersing yourself with the creepiness that lurks throughout the mission.