A Night in Rocksbourg I: A New Beginning 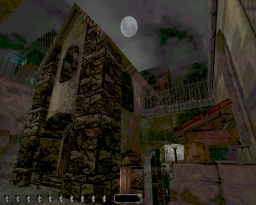 Introduction
Released back in ’05, ‘A New Beginning’ is the first part out of six in the Rocksbourg series. Now that Karras is dead, the City has been chaotic. Plots, conspiracies and murders. Garrett decides to retreat to Rocksbourg, some kind of ancient fortress town. After some exploration, working in the outskirts and getting into contact with some Keepers, Garrett eventually decides it would be a good idea to head toward the Builder’s Cathedral, in the heart of the city of Rocksbourg, to find a good bit of wealth. However, the city is not all that it seems to be and the night has only just begun.

Gameplay
You’ll start the mission off in your little hideout where you’ll need to make your way deeper within the city and find a way toward the Builder’s Cathedral. This will of course be followed by a lot of exploration, since there are many places to visit and paths to follow, you might even miss a lot of places during your first time playing. There are also some readables about, which mostly bring depth to the story and background subplots. An interesting element to the level is that you can interact with the candles. Frobbing them will put them out giving you an extra area of dark space and not wasting any of your water arrows, saved for the larger torches. One of the major annoyances I did come across is the lockpicking, which are quite long to do and actually creates boredom, rather than creating tension in certain situations. I even encountered a long pinned chest behind a long pinned door, so it is best to prepare for some patience if you wish to find all of the loot. 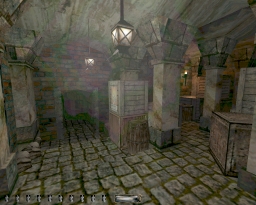 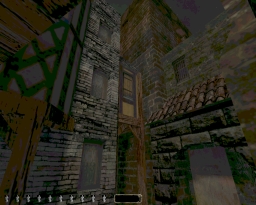 Although the lockpicking can be long and boring, the mission itself as a whole is where it shines. If you don’t plan on using the blackjack, things can get become a major challenge. Several locations in the mission are fairly small, including the streets. Sneaking past will require timing and a keen eye, slipping by won’t be very easy and you’ll probably find your head rolling into the nearby gutter. The difficulty settings here will add some extra objectives to your list and increase the loot goal, you will also come across some new objectives being added during your mission. There is also the issue with the keys you need to find during a specific part, which can be hard to find at first, but the author has provided clues to their whereabouts. There is also an absolutely great twist in the mission, which will come unexpected even as I mention this, adding a very atmospheric and tense flavour.

Design
This part of Rocksbourg is a very closed in and gritty looking city, with many alleys and a lot of dark ambience surrounding the area. Many buildings are situated here, each taking on a design of their own which blend with the rest quite well, nothing odd stands out and remains pretty consistent throughout each location. The structure of the city looks great, the variety of different building shapes and textures, including some usage of vertical space, creates a pretty immersive, moody environment. Interiors are the same story in terms of good design. They mostly resort to wooden textures to create a dusty looking building, with some windows where moonlight shines through them. Large spiderwebs can also be found in several locations as well. 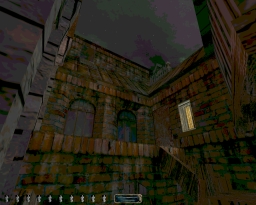 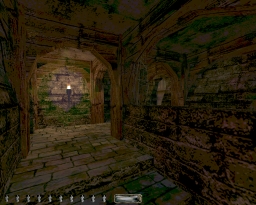 What really works well however is the atmosphere that is created. Music has been used from the Silent Hill series to add a similar feeling to what those games do and infact work very well while doing so. Certain sections of the city will use a different track to set the mood, which fit well where they have been used. The only track that was distracting was the one used when reading books and parchment. Sound and ambience throughout the city is another piece of the puzzle the makes up the overall atmosphere. The sounds of various things happening in the distance and through the alleys, such as a cat crying out, really make you feel that you’re there. New voice acting is also used to create some fresh conversations between some of the street characters, always a welcome addition. 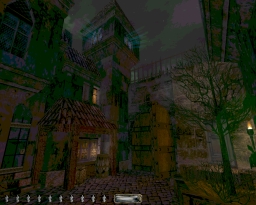 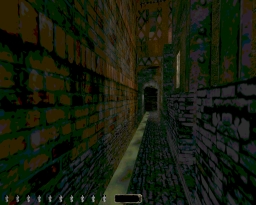 Conclusion
The first in the series that works well as an introduction for what is to come. Detailed and gritty looking city area, with plenty of exploration to immerse yourself with, challenging patrols and atmospheric gameplay.