When Angels Refuse to Die 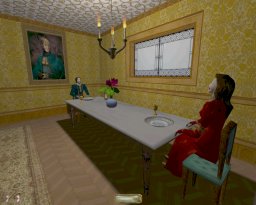 Introduction
Released for the Vertical Contest, When Angels Refuse to Die has Garrett going back to Angelwatch once more. Since the demise of Karras, the Mechanist order disbanded and Angelwatch fell into ruin. Due to strange events, a patrol was sent in to investigate. They never returned. Mercenaries were hired to find them. They also never returned. The matter was then handed over to the Hammers, sent in to find out what exactly is going on. They suffer the same fate. It is feared there is another signal tower at Angelwatch which still poses a threat. It must be destroyed.

Gameplay
When I read what the story was about for this mission, I felt a little disappointed to find out it takes place in Angelwatch, only because I assumed it would use the same level with different gameplay. Good thing I was wrong since this mission surprised me with what it had to offer. Don’t expect to be sneaking around and avoiding guards. This mission is mostly about solving puzzles throughout Angelwatch, going from one location to complete a task for access into the next area. Each puzzle is fairly different, most of which are button pushing and some that aren’t as simple as that. The plot is pretty neat too, very simple but it’s effective for a short mission like this. The mask scene and first puzzle scenario were a great touch as they added a bit of immersion to the events unfolding in front of the player. There is a very small section you can attempt some stealth if you are gasping for that style of gameplay. Loot is barely a problem as you will find the intended goal way before you even climb the first ladder, and then there is the odd piece here and there. 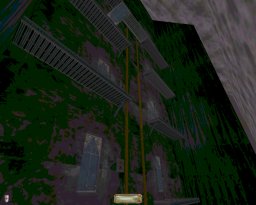 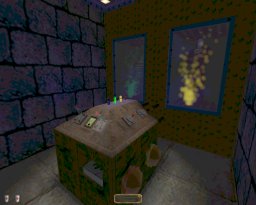 Design
The structure follows closely to the style of Angelwatch itself to ensure you feel as if you’re revisiting the location. This is mostly evident from the later exterior section with the windows and balconies. However, now that Angelwatch has been abandoned since the death of Karras, the place has fallen into ruin. This is shown from the use of debris and collapsed hallways with large metal beams blocking the way and another floor is even flooded. The other locations stick to the mechanist themes using a lot of metallic and art deco wall textures, and the rooms are usually small enough to look decent. The pyramid room at the top of Angelwatch however seemed a little too simplistic in design, mostly due to the large size of the area. I especially liked the first puzzle area, the blend between the yellow wallpaper and light wooden trim works well along with the choice of ceiling texture. It may only be a small location, but it really creates an artificial feeling to the ‘lively home’ environment it tries to create, which is fitting considering the situation. 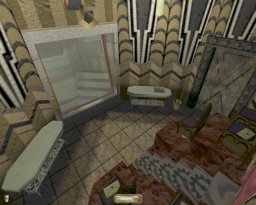 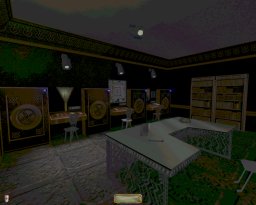 Conclusion
The mission is solely based on solving puzzle with barely any stealth being involved. This is a refreshing change to the gameplay with a twist on Angelwatch, but may not interest those who prefer sneaking around.