The Ashen Age: Part I 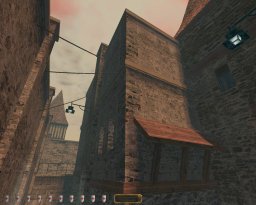 Introduction
People have been mysteriously vanished from within the city, both rich and poor alike. Gone without a trace to be found or clue to be had, while the City Watch just stand idle, powerless to do anything to stop the kidnapping menace. To add to the problem, four Keepers have also gone missing, all while sharing the same burden with protecting an important item. The Book of Ash, capable of unleashing hell down upon the Earth. Because of this ordeal, the Keepers decide to contact Garrett about the situation, to see if he can solve the whereabouts of the missing Keepers. Now is not the time to be waiting for nightfall!

Gameplay
The first part to The Ashen Age is pretty much a short experience, yet it works as a little introductory mission for what’s to come in the future. The premise of the mission is simple, where you must seek information about the missing Keepers and complete the usual loot goal. There’s not a huge difference between the skill levels as such, the most noticable being that while in Expert you can’t knockout any of the City Watch as to avoid future problems with them according to the story. This pretty much forces you to avoid them at all costs, continuously sneaking past them each time if you were to choose this difficulty. The other settings do however have their own small changes; Normal has slightly less guards and some can be found in different places which make things easier for the player, while Hard is pretty much the same to Expert, just without the restrictions. 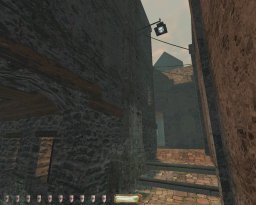 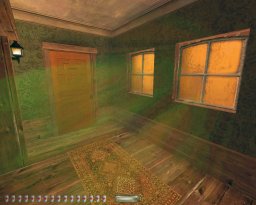 Generally the mission is easy as long as you keep your distance from the guards. Most of your time will be spent locating certain objects and loot, and backtracking between certain places. A majority of locations throughout this mission are quite small in size, including the fairly thin street sections. Interiors of several buildings aren’t exactly huge, but there’s plenty of space to make use of, and despite the mission being set during the daytime there is enough shadow to work with, along with other parts of the level to keep an eye out for. Included within The Ashen Age, is a new tool at your disposal considering you can locate it, the Clockwork Rat. This is pretty much a wind up rat that will move around on activation and burst into a cloud of gas upon impact on any nearby enemies. Doesn’t have a huge advantage on the highest difficulty, but fun to use otherwise on the other settings.

Design
The first part of the series takes place during the daytime which sets the mission out with a different tone for a change. Even though it is still light outside, doesn’t mean a thief can’t do his job. The streets outside seem to have this hazey ambience to it, almost dusty, especially from the colour usage of light tans and browns used on the surrounding buildings for stone and wood, while a nice, warm glow from the sun casts down creating some cool toned shadows in the process. From the get go the mission adds a nice mood that fits the time of day it was going for. The structuring for the most part of the mission is done pretty well, the streets consist with buildings at various heights including some in the background to add the feeling the city is bigger than the actual play area. 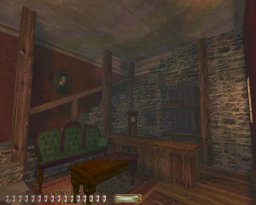 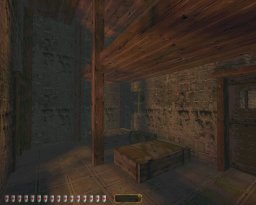 There is a nice blend to and from the exterior and interior locations, which also remain consistent between the two. The streets also have some interesting elements that stand out in it’s overall design from the use of overpass buildings and tunnels, with archways to form an entrance between the different street sections. Buildings have plenty of detail along the exterior walls without looking too flat, adding plenty of windows, ledges and other set pieces such as high lamps and wiring between each of the buildings. There’s also a (rather clean) sewer location that also creates some waterways throughout the city. Interiors also consist with plenty of suitable detail depending on the type of building it conveys, while following the trend in it’s warm lighting, even with some interesting lighting effects shining through some of the windows. 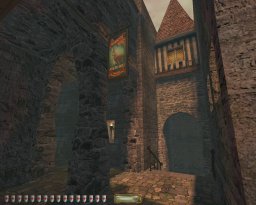 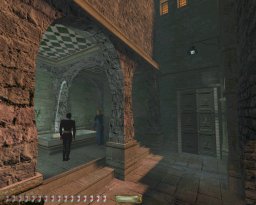 Conclusion
The Ashen Age is a short and simple mission, that works as an easy, little introduction. The design is pretty appealing and detailed. The colours, tone and being set during daytime add a really nice atmosphere to the mission.