The Circle of Stone and Shadow II: Mission X 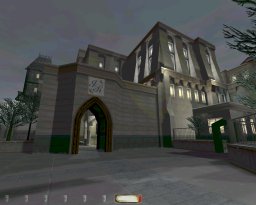 Introduction
Mission X is the sequel to, Gathering at the Inn, which takes place one year after Dante has been accepted into The Circle. It is once again winter and there is some major trouble between Master Nightfall and the powerful warden, Lord Raputo, who senses a greater threat from The Circle than any other petty criminal. The mission will take place within The Ivory Rose Casino, where a strategic plan is set in motion to defeat Lord Paputo’s designs for The Circle’s destruction. Their fate rests within Dante’s hands.

Gameplay
Mission X is an incredible and challenging mission to take on, so choosing the difficulty setting at the start should be done with caution. The original Normal difficulty is now considered as Expert, with Proffessional and Impossible following. I usually stick to the highest difficulties, and this particular mission can be a pretty overwhelming experience; especially if you attempt to do everything. With that said however, the mission isn’t exactly bad or impossible to complete, it’s actually a rather enjoyable and worthwhile experience overall. For the beginning third of the mission, you’ll be in disguise which is a good time to spend exploring where you can, to help plan how to get to specific areas and know where people are patrolling. After changing into your gear and using the communication mask, the main bulk of the mission begins.

The Ivory Rose Casino consists of four floors and a basement; the overall complete mission will cover all of these areas, including the optional objectives. There is a lot of ground to cover, especially as each floor varies in how they effectively play. The ground floor is pretty simple to navigate through and requires to keep distance from patrolling staff or guards. The other floors, however, progressively change in their difficulty of maneuvering to the various rooms, including the floor materials used. To add on this, a lot of guards wearing helmets cannot be knocked out using the blackjack which instantly forces you to change your approach, however the alternative to using knockout drops with your dagger is there. Plenty of patience and timing will need to be had, especially for the higher difficulties. 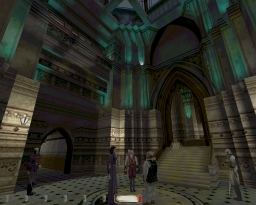 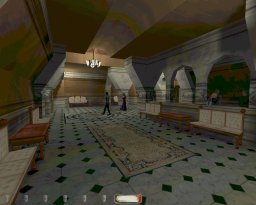 The second third of the mission after changing into your gear really depends on the objective you chose to take to help Agent Stone get into the vault without any problems. Although both are located within the basement, approaching them and solving how to complete them is different. This is pretty neat, and adds some replay value to the mission to feel fresh and of course hear different lines of dialogue from the other agents. The last third of the mission takes place after your primary objective is completed which mostly consists of your other objectives and problems that arise during the initial plot, which adds more objectives to your list to complete; one of which is based on choice. The overall outcome of your decisions, how quick you were and objectives complete will have an effect at the end.

As with the previous installment of, The Circle of Stone and Shadow, there are some new tools available. The Keyring and Last Note return working the same way as before, though amongst those are various extras. The Communication Mask is an essential tool during your mission to make choices and report to your team, some of which is automated. You’ll also hear the other agents doing their part, or even just a simple bit of chatter which lightens the mood. During specific points in the mission, you’ll be given choices as to what you wish to do. For example, at the beginning you will get the choice to either turn off the security cameras, or turn off the power to the elevators. 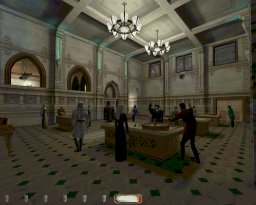 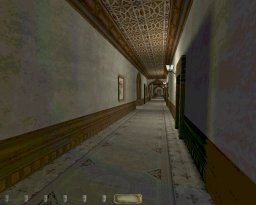 The Copy Kit is another essential tool to use for one of the optional objectives. Scattered around The Ivory Rose Casino, are important documents that may be very useful for The Circle. It would however seem very suspicious if these went missing, which is where this tool comes in. Using it on an important document will create a repica which you’ll also be able to read from your inventory; only the last copied document however will be readable. Dustbombs are also used for an optional objective, and may come in handy to see fingerprints to help with a particular task. There are also knockout drops, which require you to get close and personal with your dagger, which work effectively against guards with helmets on, but these are very limited; each bottle only allows three strikes. On a final note, the lockpicks also work a little different than usual. The torque is always used once per lock, and then the lockpick itself a varying number of times required to pick either doors or lightswitches.

Design
The Ivory Rose Casino is an extravagantly grand building, and you won’t be dissappointed in terms of visual appeal. The design is excellent, both inside and out. Upon entering the building and exploring the ground floor, it’s obvious the place is rich and luxurious, which remains pretty consistent throughout. The structure for the various rooms never remain too flat, with plenty of shape along the walls and ceilings, and plenty of furnishings to match as well. There is a nice variety of rooms to be found when exploriing the casino, sticking to the rich convention for the most part. The upper floors include guest rooms and suites along the pretty looking hallways, each floor using a fresh looking colour scheme while remaining consistent. Texture usage is great, which helps add to detail in the larger locations without cluttering them up with too many objects, and offering locations with less structural detail looking good as well. 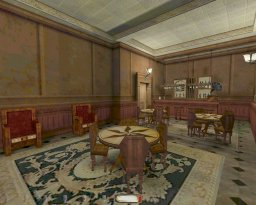 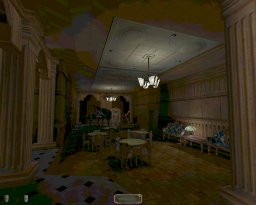 Conclusion
An excellent addition to the CoSaS campaign, offering an excellent experience all round. The mission is very challenging with plenty to do, but for the most part fun, and the design is simply stunning throughout.