The Circle of Stone and Shadow I: Gathering at the Inn 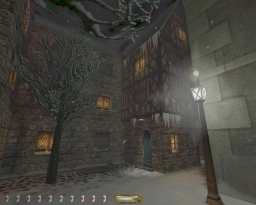 Introduction
Gathering at the Inn is a fan mission released back in ’03, being one of the first in the series of, The Circle of Stone and Shadow. You take control as Dante, a man who originally had power but was later cast down onto the streets. Becoming a rookie thief, he wishes to join into the ranks of The Circle under the watchful eye of Master Nightfall. Before he can join The Circle, however, Dante will need to prove himself as a worthwhile agent to be taken onboard. His first mission is assigned to take place within the Grieving Burrick Inn.

Gameplay
The mission you have been assigned works as a decent introduction to the series and Dante, the character you take the role of. Before moving onto the main course, let me briefly explain two new features included within your equipment. Firstly there is the keyring, which adds every key you retrieve onto it creating a useful single tool to use all keys you’ve found. This is a considerable difference from those situations where you’re thumbling for the correct door key only to have a guard brush past your backside! The second feature is called ‘Last Note” has two purposes, one is automated. Upon finding a new key or completing a specific task, Dante will write a note about it which you can then check by using ‘Last Note” to do exactly that if you wish to read it. The mission even includes some new voice acting, where you’ll hear Dante speak in specific spots or situations. 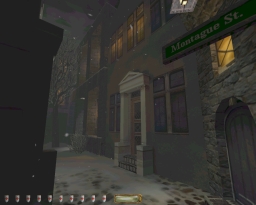 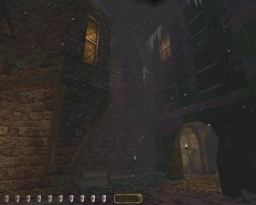 The mission’s main objective is to get inside the Grieving Burrick Inn and steal all six scepters from the guests staying there. This isn’t exactly a difficult task to accomplish, as long as you don’t cause any trouble. There are multiple ways to gain access within the inn itself, from below, in the middle or from above, each having their own means of effectiveness and gives you plenty of freedom to choose how to get into the premises. Be careful not to go exploring on the other rooftops as you may find yourself somewhere you shouldn’t be, getting stuck in the process. There are quite a lot of guards to look out for inside of the inn, which makes the situation a little trickier due to their short patrol paths and the tight corridors themselves. Luckily for you however, there are a few alternative paths you can take which lead to specific parts of the building, helping you get around those human obstacles. Be weary though, since none of the guest should in anyway see you as they must not know of your presence.

Including your main objective, there are a few secondary objectives, a loot goal and some optional/bonus tasks. Considering the small scale of the level, there is actually plenty of stuff to do and keep yourself busy with. Some of these other tasks, however, require a little more thought to complete, especially when playing on the ‘No Hints’ difficulty. The only task that I had a little trouble with would be the one to ruin Lady Verrilli’s ice sculpting business, until I explored the streets a little more thoroughly. 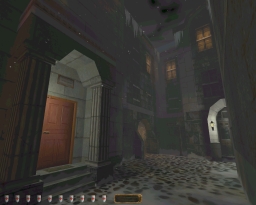 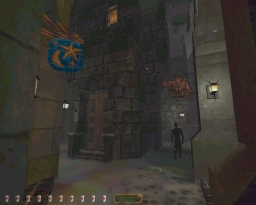 Design
The mission takes place during a cold winter night, while a calm snowfall scatters throughout the streets. This creates a rather peaceful ambience. The town itself keeps a simple tone with design while having a consistent blend of various different buildings surrounding the Grieving Burrick Inn. The mission does a good job in making the streets have shape, staying far away from something too flat. Lighting outside is generally pretty bright fitting the mood, while warm glows of orange light glare from nearby windows. Interior locations on the other hand have a rather simplistic design, most of which use a lot of wood textures and minimalisic amount of furniture. The inn consists of mostly small rooms and short corridors, with the odd monotonous torch lighting up the inner workings. These places really adds a meager commoner tone to the design, taking a step back from those extravagant looking hotels and mansions, which was in a way slightly refreshing to see. 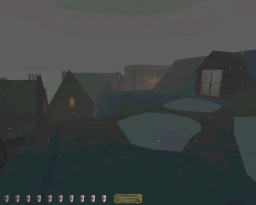 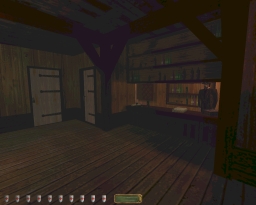 Conclusion
Gathering at the Inn is a decent introduction mission toward Dante and The Circle, with plenty to keep yourself busy with, a simple objective and various side tasks.