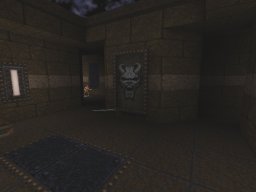 Introduction
Here is a relatively short Quake map from ’01 by Perselicas, set within a medieval theme with plenty of tight corridors to squeeze through.


Gameplay
Battles are pretty much tight from the start and seem to get more more tighter the further you progress, since a lot of the corridors and rooms are rather small. Enemies can be avoided if you’re quick on your toes, but a lot of the time it’s a bit awkward, especially as you close in at the end against two Shamblers and two Vores. I was lucky I found a secret just before going here which helped a lot. Otherwise, the health and ammo balance is fair and didn’t have a major problem in those areas, you’ll mostly find yourself up against Ogres, Grunts and Enforcers. 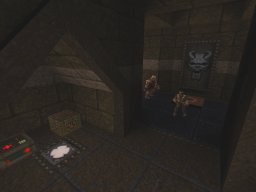 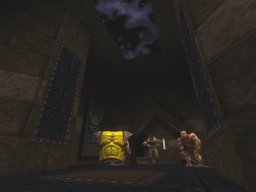 Design
The level takes on a rather consistent theme of brown and blue, with a nice line fo white trim making use of brick and metallic textures. The structural design and texture combination is eventually stuck throughout the level until the player gets deeper underground. Considering the map is small, this isn’t a problem. I did however notice the floor that drops for the Silver Key overlaps with the floor. 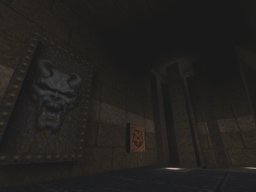 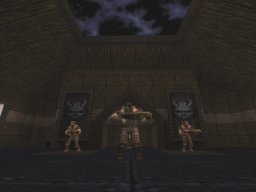 Conclusion
Fun, short and solid little map. Gameplay is rather tight however, but the design looks nice and stays consistent and for the most part, tidy.