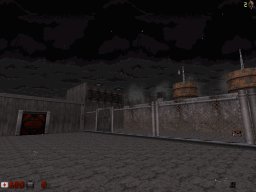 Introduction
In the grim darkness of the far future” Earth is being purged of what the assault alien race have long called the “human disease”. The final solution to the problem is nothing but a complete genocide of mankind. In this darwinian struggle for survival the human being has lost. Earth is now a gigantic alien outpost and human concentration camp. Duke Nukem, an agent of the human resistance (operating from Cygnus space station and various other hidden locations across the galaxy) is sent to a facility that conducts experiments on humans (including agents of the resistance).

Gameplay
The level opens up with Duke at the space station, where you’ll receive your objectives, equipment and sent crashing down to the alien facility in a craft. From here on out, a short and simple level awaits. There’s not much in the way of a challenge, and supplies are more than enough to make your way through, especially by the time you save the captives. The use of DukePlus enemies is balanced amongst the default types, with the Sentry-Drones fitting perfectly within the setting. Flow is generally straight forward, where keys are obtained from killing certain enemies who hold them to gain access to later areas, with a small boss fight at the end before the level is over. 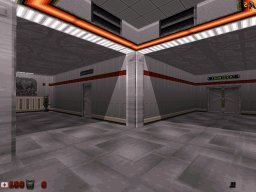 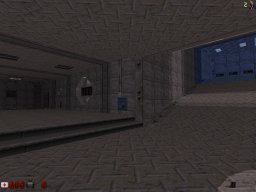 Design
The main bulk of the map makes use of various grey textures throughout the facility, creating a moody, depressing looking environment, and the raining weather adds to this mood quite well. The structure, lighting and texturing is detailed in a manner to not cause too much clutter which has the typical Mikko style screaming from it, remaining simplistic in nature, tidy and consistent. 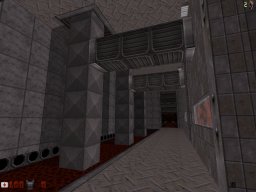 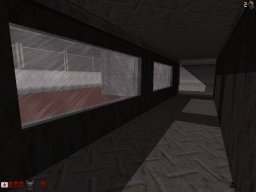 Conclusion
Although it is a short, simple level with a decent design, it does lack challenge considering the setting, and the overall expierence has a rather lacking feel about it.