Thief2X – Shadows of the Metal Age 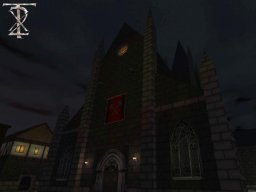 Introduction
Her transformation was not entirely uncomfortable to watch. As Keepers, it is our duty to look upon the acts of men and record their various pathways, forever seeing yet never interceding. This particular mission is no different, yet somehow the act of keeping watch was made more intimate by her metamorphosis from young sailor-trader to revenge-driven thief.

She sailed to the City from across the ocean so she might trade goods and visit with her cousin but was instead blindsided, bewildered, bewitched. Where would a frightened young woman go? What manner of beast might consume her? Ah, if only she had known it would be no physical beast that nibbled furtively at her heart.

I watched as she took up with the old pagan, he who the Lady of the Greens had long ago cast aside. I watched as her broken, desperate will was slowly forged into that of dangerous iron – hot as a coal and sharp as a dagger. No Garrett was she, but the old pagan knew many tricks of the eye and taught her well.

Tiptoeing here and there, tying threads of fate near and far, interweaving the many cords that would seemingly choke her, how could I intervene? From the beginning, it was her choice to seek revenge for her cousin, it was her choice to take up the tools of a thief, it was her choice to let the old man subdue and remake her. It is forbidden for Keepers to intervene and I break no rules, save those thoughts that are kept away from prying eyes. The observations made now are ones which will not be read for many years, long after this shell of a man has fallen to dust.

I am often given the task of watching far more mundane creatures, but this time I could not help myself, I could not help but watch the curve of her hair, the tattoo upon her cheek as it pulled upward during one of her rare smiles. The flick of her wrist as she notched an arrow that would prove to be deadly or daring. Yes…From naive sailor to taut warrior. This transformation has been entirely all too delicious. 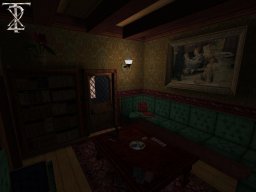 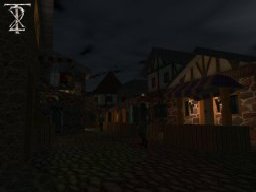 Review
You take the role of Zaya, a young and niave woman that has recently sailed to the city as a trader to meet her cousin Kedar. Everything starts from here. Thief2X is a fan mission that shows a lot of promise when you first start it up, and is deffinitely a high quality project worth your time which is actually on par with the original games. There are thirteen missions throughout the fan mission, each with their own theme and variety of objectives to accomplish, complete with brilliantly made briefings, cutscenes and new voice acting to give it that extra touch of completeness.

As with the original games, you’ll be taking on the typical Thief gameplay mechanics, sneaking around certain locations, avoiding contact with locals and guards while collecting loot amongst your other objectives. I did notice however that on a majority of missions, choosing a different skill doesn’t always seem to make much of a difference besides in the loot requirements and some specific objectives. There also doesn’t seem to be many restrictions on murder, even on expert, though this can add a little more freedom towards different play styles. Each mission is pretty varied from the last, and there are even a few optional and obtainable objectives throughout giving you a little extra to do. 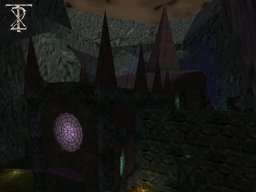 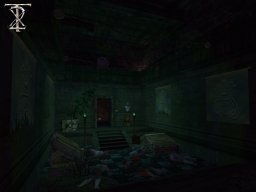 Difficulty throughout the fan mission is pretty varied, and also depends on your play style and likings for certain level types. In general however, it does a pretty good job of keeping the player alert and using their surroundings wisely. Enemy patrols throughout interiors are thought out pretty carefully forcing the player to think how to approach specific locations, while most exterior guards can be too easily taken out. The mixture of different light sources is also pretty balanced between torches and electrical lighting, while still being plentiful in shadows to creep through by default.

Supplies are also plentiful for all the different play styles, including some new items at your disposal. You’ll get the typical set of broadhead, water, fire, moss, gas and rope/vine arrows while a nice added twist is the addition of the elemental crystals, given to the play in small intervals throughout the fan mission, which change how the water, fire, moss and gas arrows work. This item can be activated at will to switch between the types. Another great addition which is helpful against the mechanical beasts are the EMP grenades which work wonders in tight situations. 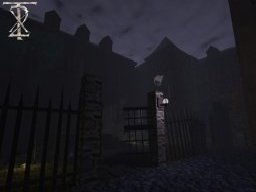 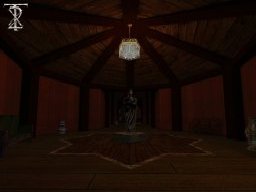 There is a great eye for the level design in general throughout the fan mission, as each level has it’s own visual style and constructed really well. The crypt and haunted town levels both have an eerie style of texturing and lighting to them, to give that abandoned and broken look which suit them very well. The haunted town has various spots with green lighting that gives the place that creepy appeal it diserves. In general, each level is consistently made with suitable choices in lighting and texturing, and remains to be a quality set of levels throughout for the fan mission. There are even other visuals to be noted, such as new models for various loot objects, weapons and items in your inventory which really add a fresh feeling to the new experience.

Conclusion
Thief2X is a high quality fan mission with enjoyable missions in great looking locations, complete with briefings, cutscenes and new voice acting, is deffinitely a great experience you would expect from a retail game.