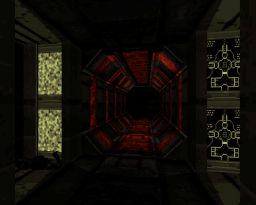 The setting for my first level actually takes place inside an alien base on a remote planet. This level features an alien research laboratory where they conduct most of their experiments. I won’t reveal to much, although I will say that this level contains quite the boss battle that I’m sure you will enjoy. Also I took a good amount of time planning some of the more intense action sequences, so I hope you enjoy those too.

A new first time mapper, let’s see what we have here.

Gameplay
The level will pretty much started off rather simple with quite a lot of trooper battles, then eventually it becomes a little more varied. At first the action is rather dull but it later gets more action packed and slightly more enjoyable, but the tight rooms put you off a majority of the time. There is a good share of ammo scatter about, but a little lacking in health in other areas where needed the most. As already hinted in the document included with the map, also above, the final boss battle is rather new giving it a few stages to beat it which made it slightly more fresh than others. 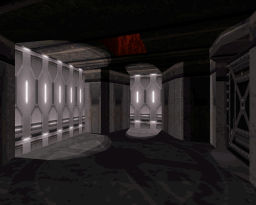 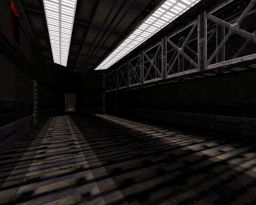 Design
As for this area, it could do with a lot of improvements but for a first map it isn’t too bad. The overall structure of the level can be too tight at times and inconsistent with flow, while others are wider, the overall look of the level was quite dull except for a few areas. Most areas of the map varied in style from the grungy browns, to bright metalic rooms and even some dark areas with contrasting lights of greens or reds. Overall, some areas looked better than others and there is definitely some potential from this author.

Conclusion
Although the gameplay and level design could do with some improvements, it’s not a bad first release and still worth checking out. 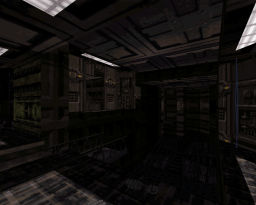 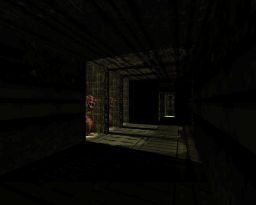