Gameplay
Much like that of his previous maps, BobspX takes a mission based approach with viewscreens to tell a story, the aliens side of it this time however. Reading these gave the map some immersion, and as expected some simple tasks to do such as finding two powercells to open the big door further within the map. Some modified protective drones to spit rather than shrink you have been placed throughout as the main foe, but doesn’t come across as too difficult. The train section is rather epic and builds tension trying to get away.

Design
As always, detailed with some good structures throughout, and plenty of small rooms except the large alien corridor later in the map. Texture choices were good and aligned well, and lighting seemed moderate where everything blends well together. Sprites have been postioned to work with the HRP to keep things more realistic upon playing with it.

Conclusion
Short, enjoyable finale to the Bobsp series. Best played with the HRP. 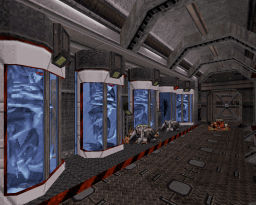 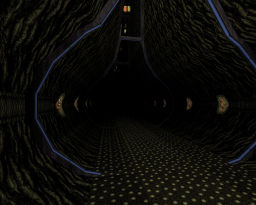