Gameplay
Small and short, as you fight off headcrabs and vortigaunts like in the first Half Life installment when in Xen. However the action is a little more dull here since they’re easier to beat and their attacks are a lot more accurate. Although that isn’t such a bad thing but it is also quite powerful which will inflict a lot of damage if you can avoid it. Some healing pools however here and there which might bring back some memories to some players as well. Flow is good enough as you search for keycards, have small fights and find the package the person on the radio wants you to recieve.

Design
Average interior design and texturing, however which a few interesting structure details here and there. However, Xen itself didn’t look too good as it didn’t feel like it at all, the skybox could have used some work and texturing was rather poor here. The structure is similar to how it was done in Half Life but didn’t look right when done here and could have been a lot better. 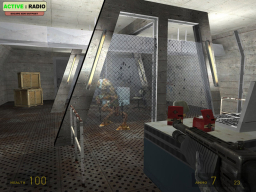 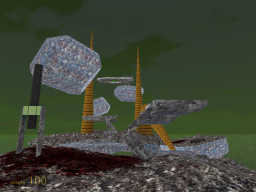