Gameplay
Long and action packed throughout the entire map the also remains balanced, fun and exciting. Everywhere you venture will have packs of enemies to fight, indoors and outdoors in the open streets. Ofcourse, such a map will need plenty of supplies and this one doesn’t fail that either. Everything is balanced keeping it fair and enjoyable, with a few tough spots but nothing fustrating. Lots of keycard hunting, enemy respawning and explosions destroying some of the buildings are also a part of this map, keeping the length and action going on without boring the player. It’s easy to get lost but you’ll eventually get back on track after finding the places you need keycards for, but some places require a little more thought and browsing around. Map also contains some light humour and a new small tune made by the Oostrum brothers, depending on your taste can be fun or annoying. Either way you can break the speaker to get a comment thrown back at you.

Design
No where lacks any detail since it’s located everywhere within the map. Structure of the map has a lot of shape in it, with different angled walls so the map doesn’t look square and achieves it well too. Tall buildings also don’t lack detail with a few small ones here and there with chimneys to match. Some interiors however were a bit cramped, especially with all the detail inside them, but nothing that becomes a real bother. Texturing and spritework is fantastic but expected considering the authors who worked on the map, which is also everywhere in the map to give it a more three dimensional look. Textures and sprites are mixed together with a few palette changes to give the map more variety and looks consistent, without anything looking out of place. Lighting is also used everywhere and looks realistic where it has been used, especially indoors. However, the brightness of the sky outside didn’t match how dark the city was. 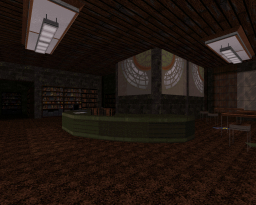 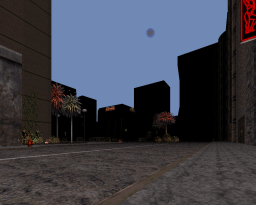 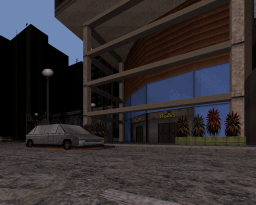 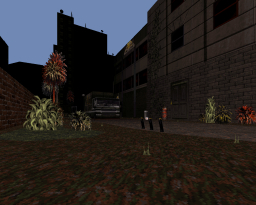