Gameplay
This one has a lot of variety throughout the mod, these being some simple stuff to interesting moments. Most of the time I felt a little tiresome running through some of levels but at other times a bit immersed. The flow of each level is good, a few can take several times to accomplish though which is a good thing to have to think up a strategy but eventually gets annoying. You first travel along a coastline, then drive some vehicles, travel through some city areas, enter and escape combine bases and eventually towards the main location, with a nice hallutionation too add some fun in there. First off, the starting levels are rather simple to complete with some easy tasks, but eventually gets harder as you get closer to the vehicles with more enemies to get in your way.

When you find the first car you then relise you have more to do before getting to it, was a groot idea as it lengthened that section out a bit longer. This is where some levels get a bit more tiresome as you constantly have to make stops, and open gate and such everytime to proceed further while fighting the same enemies each time which got boring. Eventually you’ll be driving the boat about halfway or so, but then back into you car. During that time I never really enjoyed much of it as it felt plain throughout. However, the second car section was a lot more better than the first and remained fun throughout which made up for it. I found the combine sections to be the best parts of the mod as they always had something different throughout although sometimes confusing and othertimes really difficult, although I won’t spoil anything from this section, niether from the hallutionation too. Overall, it gets repeatitive and tiresome even though you’re given plenty of ammo and it does have a few fun moments, the author needed to vary the action out better.

Design
Some areas are fantasitic while other sections needed more work or looks too random. From the first levels towards the end of the driving locations the design remains strong with great texturing and structure although a few weak places here and there. However, the combine sections were random in throughout sometimes such as the lighting as it did have some intense colours and a few bad usages here. Previous level lighting was a lot better than in these areas. Also, the texturing needed a lot of work with a few good ideas though. Structure in each level is good with a few basic pieces here and there, the layout looks linear but plays out different than expected in some maps. Other than this, every map keeps within it’s theme well, with wide enough areas for most combat but some places lacked some detail which was a shame. Most of the landscape and nature style levels looked the best out of the mod.

Overall Conclusion
Can be both enjoyable and tiresome at times and has a great design throughout. 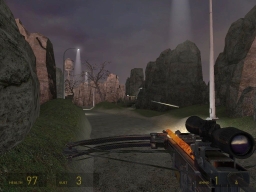 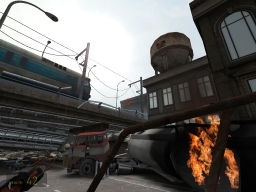 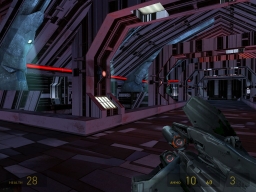 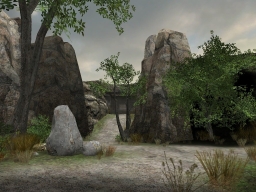