DayHard is a single player adventure set before the events narrated in Half-Life 2. You play as Gordon’s brother, Morgan Freeman. Hilarious modifacation that aims to be funny than revolutionary and it works very well. There is a lot of viarity throughout the mod and a lot of funny moments and good gameplay ideas. The characters are very easy to get used to and are hilarious at that too. Cutscrenes have been made well with good jokes and ideas throughout the mod. I did however encounter many bugs which ruined the gameplay and made it nearly impossible to enjoy it all, there are problems in most of the maps which is a shame and I had to cheat a lot of get past bugged locations such as, cutscenes not activating, doors not opening and such. The fights are tricky with plenty of ammo and health but sometimes too many enemies in certain areas.

Varies a lot of the time as there can be good designed areas and some basic designed areas but overall the design is good in most places and maps. Texturing is good but could do with some work and some misaligned textures around. The best designed level would be the first map with the appartment as it looks realistic and has a very good mood and lighting to it. The mod consists of different style levels whereas the last level being the most funniest looking.

Hilarious modifacation with some interesting moments, good design but the bugs get in the way of gameplay. 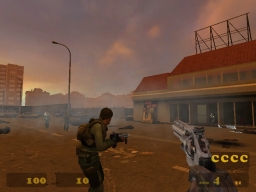 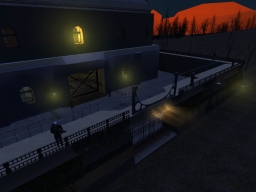 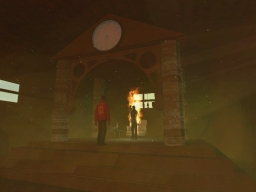 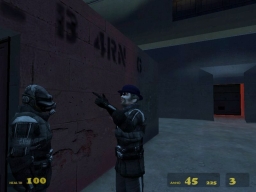