A 20 level episode where you play as a Combine Soldier. Average and repeatative, sometimes boring. There are a lot of zombie fights throughout which can get tiresome at some points, especially with the fast zombies. Boss fights however are interestly planned out which are a good thing. There is plenty of supplies about, sometimes lacking in a few areas but enough around to last the whole mod. As I stated above, the structure is quite linear which removes any excitement to the mod which is a shame.

The design of the levels in this mod varies depending on who made the map, however it remains average in most of the maps. The structure of each map are quite linear where some maps have many corridors in them. Texturing is average as well with some decent choices and a good set used which keeps a similar colour theme. Lighting is also good but theres nothing too special about it. Most of the areas in the mod remain medium to large scale, some being very empty with a few props here and there. I did however like the text above the controls which are useable making it more easier to find the needed switch.

An average modifaction which has an interesting idea, but sometimes boring and repeatative throughout. 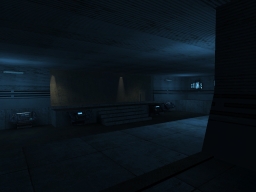 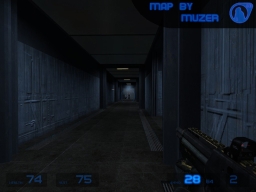